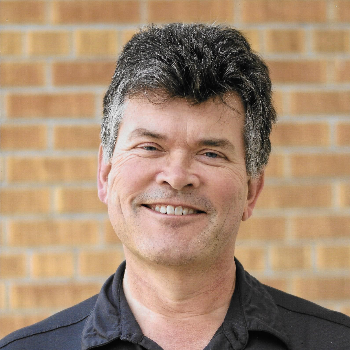 Edward Willett is an award-winning author of science fiction and fantasy for readers of all ages.

Edward Willett is the award-winning author of more than sixty books of fantasy, science fiction, and non-fiction for adults, young adults and children. Willett won the Aurora Award (honoring the best in Canadian science fiction and fantasy) for Best Long-Form Work in English in 2009 for Marseguro (DAW Books); the sequel, Terra Insegura, was also short-listed, and he has been short-listed twice since then for two books in his five-book Shards of Excalibur young adult fantasy series (published by Regina's Coteau Books). His young adult fantasy Spirit Singer (Earthling Press) won the City of Regina Book Award at the 2002 Saskatchewan Book Awards, and he's been short-listed for Saskatchewan Book Awards half a dozen times. As E.C. Blake, Willett is the author of the fantasy trilogy The Mask of Aygrima (Masks, Shadows, and Faces) from DAW Books, and as Lee Arthur Chane he pinned the stand-alone fantasy novel Magebane. His most recent title is the stand-along science fiction novel The Cityborn. September 2018 will see the release of Worldshaper, his ninth novel for DAW Books, which starts a new science fiction/fantasy series. Other novels include the two-book Peregrine Rising adult science fiction series (Bundoran Press), and the young adult fantasy Flames of Nevyana (Rebelight). Due out this year: I Tumble Through the Diamond Dust (Your Nickels' Worth Press), a collection of science-fiction and fantasy poems illustrated by Alberta artist Wendi Nordell, and a short-story collection, Paths to the Stars. Willett's non-fiction books run the gamut from science books for children (e.g., What is the Milky Way? [Rosen Publishing]), young adults (e.g., Disease-Hunting Scientists [Enslow Publishers]) and adults (e.g., Genetics Demystified [McGraw-Hill]) to children's biographies (of people as diverse as Angela Merkel, the Ayatollah Khomeini, Jimi Hendrix, Andy Warhol, and J.R.R. Tolkien) to histories of the mutiny on the Bounty, the Iran-Iraq War, and Saskatchewan institutions such as the Association of Professional Engineers and Geoscientists of Saskatchewan, the Saskatchewan Land Surveyor's Association, the Saskatchewan Mining Association, and Government House. Willett holds a B.A. in journalism from Harding University in Searcy, AR, and began his career as a reporter/photographer/columnist, and eventually news editor, of the weekly Weyburn Review. He moved to Regina in 1988 as communications officer for the then-fledgling Saskatchewan Science Centre. In 1993 he became a fulltime freelance writer. He continues to live in Regina with his wife, Margaret Anne Hodges, P.Eng., a past president of the Association of Professional Engineers and Geoscientists of Saskatchewan, their teenaged daughter, Alice, and their black Siberian cat, Shadowpaw. You can find him online at www.edwardwillett.com. 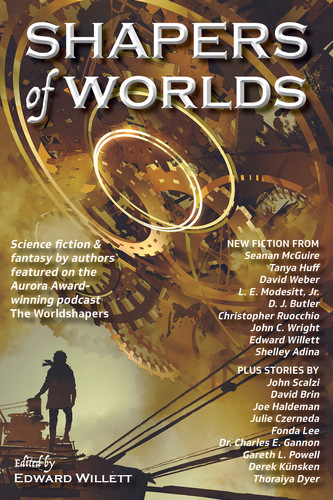