Jessie made this post available for free. Say thanks by sending him a tip.    Send Tip

With the change in calendars, it’s time to do a recap of the past year and explore what to expect in the new one. For 2020, a lot happened. I’m not going to do a blow by blow, but I do think I can summarize things pretty succinctly—2020 was a hell of a year. I can honestly say I’m glad to have that one behind me.

As many households did, we chose to isolate ourselves beginning in March. This forced us to find creative ways of getting our mundane stuff done. We discovered that Grubhub and curbside pickup work pretty well most of the time. But it wasn’t perfect. The family’s new joke became centered around who’s takeout order was going to be messed up. Not to mention, we learned that Zoom wasn’t just for business anymore. In short, we adapted.

Despite the difficult circumstances, I did manage to get some writing stuff done. Queen of Curses, the second book in the Coren Hart series, was finally finished and published in May.  I had planned to get this out in April but ran into some Covid related delays with the cover art and getting the proofs printed. Fortunately, we were able to work through those, and eventually, everything came together just fine.

Not being able to get out also improved my writing productivity. (What else was I supposed to do?) By the end of the year, I had nearly completed writing the third book in the series, Assassin of Curses. I was also able to find a new artist for the book’s cover who did an excellent job of capturing the story’s essence.

During the year, I also ran my first Goodreads Giveaway on Thief of Curses. While the contest far exceeded my expectations, with close to 500 people competing for it, I learned that the reviewers on Goodreads are a tough crowd and don’t give good ratings lightly. (It has a 4.19, but William Goldman’s The Princess Bride only has a 4.25, so there!)

This was also the year of being virtual. Through Zoom, I was able to attend the Virginia Writers Club Symposium (which was very good). I was also able to virtually speak to a local Book Club and meet some very interesting ladies.

The coming year promises to be a full one. I’m really excited about Assassin of Curses coming out in March (assuming my beta readers don’t find anything horribly wrong). Along with this, I hope to be doing some more promotions on this series, maybe even doing another Goodreads or Bookbub promotion.

Also about mid-year, you’re hopefully going to see more about curses. I plan to put out a short book on the curse marks themselves. My most excellent artist has designed a curse mark for each of the curses mentioned in the series so far. (They look so cool!)

After Assassin comes out, I’m planning on taking a pause on the Coren Hart series and write on something different. I have another series I’m dying to get back to. The working title of this light urban fantasy is Monday after the Apocalypse. I’m hoping to finish writing this one by about mid-year and have it out by the Nov/Dec timeframe (no promises).

Then late in the year, I plan to return to the Coren Hart series and work on book four, Memories of Curses. For various reasons, this book will be more technically challenging than anything I’ve written to date. I am simultaneously looking forward to it and dreading it.

As a stretch goal, I also want to write another short story set in the Coren Hart universe. I’m dying to tell the story of exactly what happened to Zofie after her brother cursed her. You never know, this one might work its way into one of the novels as a bonus story.

In short, despite all the challenges 2020 offered, I am proud to say a lot was accomplished. And as for 2021, I’m confident even more will get done. (Just get me out of the house, please!)

Jessie made this post available for free. Say thanks by sending him a tip.    Send Tip 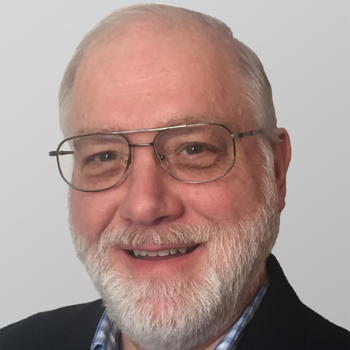