Andrew made this post available for free. Say thanks by sending them a tip.    Send Tip

The following is a deleted scene from my instant New York Times bestseller Hope Never Dies: An Obama Biden Mystery.

The novel begins several months after President Obama and VP Joe Biden have left office. Obama has been on the vacation to end all vacations, jet-skiing with Richard Branson and parasailing with Justin Trudeau. Meanwhile, Joe's been sitting around the house, binging on Netflix and wondering what to do now that Obama has seemingly forgotten him.

That all changes when Obama and Biden team up to investigate the mysterious death of an Amtrak conductor in Wilmington, Delaware. Prior to this deleted scene, the Democratic duo give Obama's protective detail the slip so they can follow up a lead without the Secret Service looking over their shoulders. In the book, Obama and Biden hide out in a flea-bag motel; in this scene, they take refuge at the Bidens' vacation home on Rehoboth Beach instead.

While the scene was one of my favorites, it ultimately didn't fit into the book because it took the action too far away from Wilmington. ("Kill your darlings," as we say in writing circles.) Enjoy this behind-the-scenes look at Hope Never Dies: An Obama Biden Mystery!

When I woke, Barack was already on the beach, walking barefoot in the sand and watching the sunrise. I donned my robe and climbed the porch steps down to join him.

Barack had changed from his navy suit into a pair of khaki shorts and a slim black polo, the arm holes of which were stretched out by his biceps. Unlike your Uncle Joe, the former president had been working out.

The good news was that nobody else this far north on the beach had yet given us a second look. We were just a couple of old beach bums kicking up sand at seven in the morning. Nobody knew we’d escaped Barack’s Secret Service detail, and were on the lam. Nobody knew we were on the trail of a killer.

“I have an extra pair of Speedos inside, if you want to take a dip,” I said.

“Joe. You don’t have Speedos.”

“I do, swear to you on my Irish mother’s grave.”

Barack narrowed his eyes at me. “Watch your step.”

He pulled me to the side, just out of the path of a neon blue man-of-war. It was dead, but the tentacles could still sting. The Portuguese jellyfish had washed up on the beach by the hundreds. It wasn’t a common occurrence on the Delaware coast. Once every ten years or so. I wanted it be a sign, a premonition, but I’d never believed in premonitions.

“You’re not thinking about swimming,” I said, studying the deep creases in Barack’s face. “You’re still thinking about the clue we found in that motel room. I can see it behind your eyes.”

Unbelievable. It was like we were back in the White House. I had been in government longer than Barack, and had been chairman of the foreign relations committee. I’d been privy to classified information longer than Barack could even walk. But as Barack liked to joke, Only one of us knows what really happened in Roswell.

“And the forty-seventh vice president.”

Barack gave me some wicked side-eye, but didn’t point out the obvious: I hadn’t had been under Secret Service protection for weeks now. That was because vice presidents were forgotten by everyone, including the whackjobs.

“He hasn’t reported it to anyone yet, obviously,” I said.

“If he had, we'd have been woken by a knock at the door at three in the morning,” Barack said. “A loud knock.”

Whether he was talking about the Secret Service or Michelle, I got the point. Steve wasn’t going to let anyone know the president was missing. Not if he wanted to keep his job.

“That explains why he hasn’t tracked our cellphones,” I said. “If he does, then a red flag goes up in the system…”

I dug my Samsung out of my robe. I’d just picked it up last month, and was carrying it everywhere like a kid with a new bag of marbles. “Feel how lightweight that is. And it’s the size of a TV screen, practically.”

Barack weighed it in his hand. “It’s nice, Joe. Is it waterproof?”

“That’s what the guy at the Verizon store said.”

Barack hurled it into the sea. It plunked down about forty yards from shore.

I stared out to sea, dumbfounded. “Was that necessary?”

“When Steve does pinpoint it, he’ll be led straight into the Atlantic Ocean. It’ll buy us a few hours. Don’t worry—your insurance will cover it.”

“I didn’t get insurance on it.”

“Well, whose fault was that?”

Barack handed me a generic phone that couldn’t have cost more than thirty bucks at a gas station.

I cranked my arm back and then let go.

It splashed down five feet from where we were standing.

“Dang it,” I muttered, splashing into the knee-high water after it.

The pain from the jellyfish sting was immediate and blinding. I thrashed around in the water, swinging my arm wildly with the Portuguese man-of-war attached, its tentacles wrapped around my hand like tape around a boxer’s gloves.

Barack stared at me like I had a damn jellyfish on my hand. “Code names?”

“And I’m Celtic." I thrust my hand underwater again and held it there.

“What are you doing?”

He had a stick in his hand, a piece of driftwood. He slid the tip underneath the jellyfish. With a quick flip of the wrist, Barack sent the creature sailing.

I stared at my swollen hand in horror. “What do we do now? Do I suck the venom out?”

“It’s not a rattlesnake bite. We just need to get you some vinegar. Then we’ll to return to Wilmington and find the killer.”

“Vinegar? Where’d you learn so much about jellyfish?”

We waded back to the shoreline. I watched my step, wary of another sneak attack from the Atlantic Ocean.

I was also wary of another sneak attack from Code Name: Renegade. In some ways, Barack’s repeated betrayals stung worse than the jellyfish’s barbs.

Pretty soon, this would all be over, though, and then we’d be free not to speak to each other ever again. We’d work together to find my friend’s killer. And that would be it.

The end of an era.

The end of our bromance.

Andrew made this post available for free. Say thanks by sending them a tip.    Send Tip 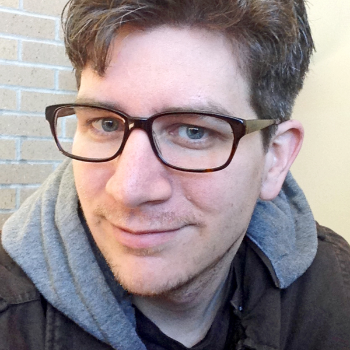