Trent made this story available for free. Say thanks by sending them a tip.    Send Tip

The Cheque - A True Story 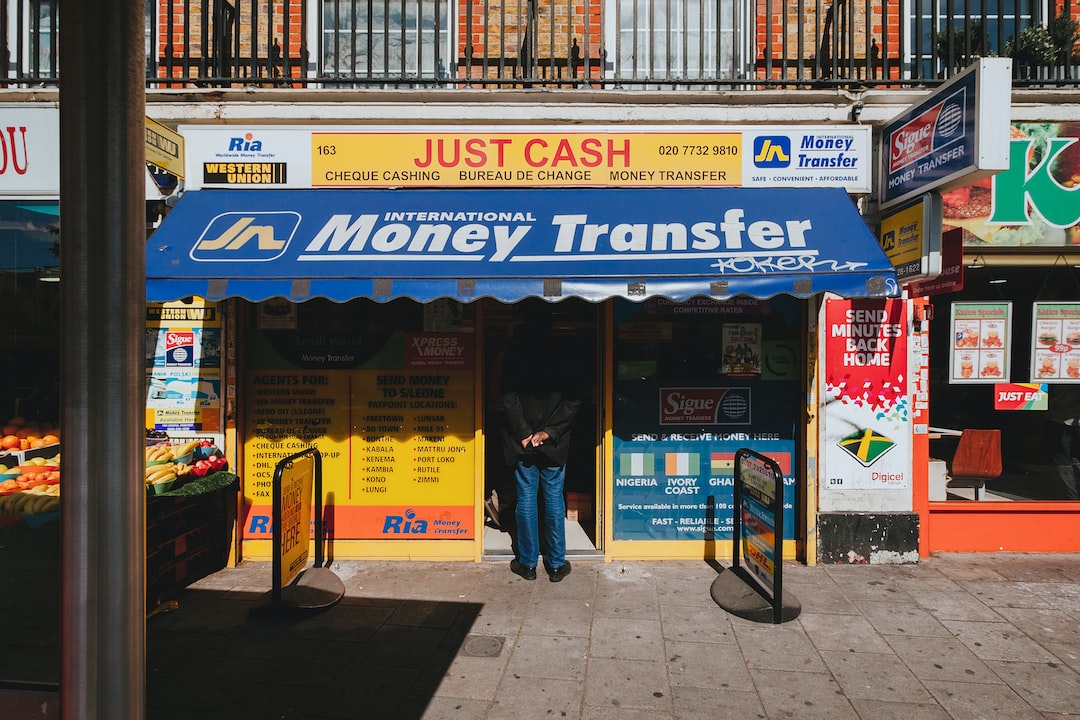 Photo by Alistair MacRobert via Unsplash.

My novel had been well reviewed in at least one paper, and while I hadn’t expected any awards, I ended up winning a few, and this was the richest prize I had ever received.

There was a ceremony. I dressed up. I even wore a tie. They handed me a giant novelty cheque. Everybody laughed. I felt a bit uncomfortable, but you roll with it, right? The cheque was about a meter high by two meters long, and almost five centimetres thick. It was awkward to hold, but it came with a  small strap of leather that I tied around my wrist, it wasn’t that effective, but apparently that’s the gold standard for giant novelty cheques.

Straight after the ceremony, I met with the convenor of the awards.

“Do you want the cheque back, or do I keep it?”

To be honest I really was a bit embarrassed, I didn’t drive and, despite my success (you can’t cash in a twenty thousand dollar cheque immediately) I couldn’t afford a taxi or an Uber home. I was going to need to take it on the bus.

He seemed like a fun guy. He’d even made a few jokes at the start of the ceremony - good ones. People had laughed and slapped my knee and said: hey, this guy’s funny. I looked at him, expecting a smile, and the real, more wallet-friendly cheque to appear.  Nothing, he just stared back at me.

He looked at his watch.

The ceremony was packing up, people had filed out, someone was sweeping up under the chairs.

“You’re telling me this is it?” I said, at last, that guy was cold. Funny and cold.

He patted my elbow. He smiled and didn’t show any teeth. “Yeah, just cash it in at the bank.”

“What it is is twenty thousand dollars, just cash the cheque in, Trevor.”

“You’re not getting on with that,” the bus driver said with a scowl.

The driver sighed. “This is a full bus. I let you on, and then what’s next, people with guide dogs, or, Christ help me, prams? Tourists?”

I tried my most charming smile.

It took me two hours. People honked their horns at me.

Every slight breeze and I was blown off my feet. I had won twenty thousand dollars but it was really awkward. My rarely-ever-worn award-shoes gave me blisters, and my side ached from keeping the cheque steady. I made it home, but I was traumatised.

A few weeks later the awards convenor called me.

“Trevor, you haven’t cashed in that cheque.”

“Well, you better hop to it. We’re closing that account soon. I don’t want you to miss out on the money. You don’t want to insult a guy like me, Trevor. I’m the kind of guy that takes these things personally.”

“Don’t go on about the size of the cheque. Just cash it in.”

I looked out my window. The day was darkening; looked like a storm was blowing in.

“Yes. Don’t make me feel like we chose the wrong writer, Trevor.   I know a dozen, no, two dozen writers that would totally own that cheque. Are you a phoney, Trevor? What are you frightened of? This cheque could be the making of you.”

I peered outside again. It was getting kind of crazy out there.

He hung up on me.

I looked at the cheque, it was leaning against the wall near the front door. It was such a big cheque, I think it may have even grown bigger. I tied the leather strap around my wrist, what the hell was it with that strap anyway? I took a deep breath and walked outside.

The storm looked like it may have passed west of me. I got to the footpath, started heading to the bank: mercifully only two blocks away. There wasn’t a breath of wind.

I queued up. Did my time. Me and that cheque.

“Be that as it may, we cannot accept it at this branch.”

“At the branch in the city.”

He gave a tortured sort of sigh. “It’s purely a logistical issue. Giant novelty cheques take up a considerable amount of space. We don’t have room to store them here. I am sorry for the inconvenience.”

He didn’t look sorry. He was already looking past me to a guy holding a bag of coins. A big bag. It looked like there may have been paperclips in there too, and a hairbrush. He looked happy to see him. This guy was a professional.

At the bus stop three buses passed me without stopping. The other people waiting were less than impressed. I shrugged at them. “Sorry,” I said.

Another bus passed us by, almost empty, the driver had pulled into the stop taken one look at me, then pulled away again without even opening the door.

“Dear Mr Jeppson,” said the commuter next to me, who’d read my name on the cheque, ‘would you mind waiting at another stop? There are people here, and I count myself in that number, that need to get to work, and you and your giant novelty cheque are not facilitating that movement at all. One bus refusing to stop is a novelty; four buses is a disaster!”

I opened my mouth to speak, but the rest of the commuters cheered.

A bus pulled in, and I stepped away.

“Thank you, Mr Jeppson,” the commuter yelled after me, and then he and the others were all on the bus. I tried to get on, but the doors shut in my face.

A guy in a car blared his horn at me, and his mate yelled out. “Hey, big cheque fucker! I bet you fuck that cheque.”

Somehow the lameness of that insult heartened me.

Yeah, I was going to own this cheque. Writing books was hard, and I had won an award. I lifted my head high, and held the cheque above me as though I held gigantic novelty cheques every day and I was all right with it which was exactly my mistake, because if I had held gigantic novelty cheques every day I would have known that that was precisely the wrong thing to do in a windy environment. The storm had swung around again.

The biggest gust of wind I had ever experienced caught that cheque, and it lifted me into the air. And not just a little bit. I was flying. Higher and higher.

I couldn’t help it. I didn’t feel afraid. I felt a sudden lightness, a jubilation, like this was absolutely what had to happen. That I had earned this.

The car had stopped at the lights. The driver and his passenger looked up at me mouths agape like the little fish in their little tank that they were. I flipped them the bird, after all I was in flight.

And the giant non-novelty cheque took me higher.

I had been flying for about two days when I got bored.

Fortunately I always take a bottle of water with me, which I refilled whenever I passed a rain cloud, so I wasn’t thirsty, and I made it a rule to keep three muesli bars on my person at all times (and not those dodgy cheap muesli bars) so I wasn’t thirsty or hungry, and I had used the time to plot out my next novel, so I’d been occupied - once the battery on my phone ran out. A few of my Facebook friends had seemed alarmed by my predicament, but no one had offered any useful solutions. One had been quite offended that I’d switched from going to not interested on their birthday, and, to be honest, I probably wouldn’t have gone even if I hadn’t been in the air.

Still, two days was my limit. I surveyed the landscape below and sighed.

“Maybe this is enough, eh, cheque?”

And, what did you know, the cheque deposited me almost immediately in the middle of bright, golden field of autumnal grass.

That was when the bear attacked.

I guess it must have escaped a circus or something.

Now, there is no way that I can outrun a bear. Not a chance. But I had heard that if you stay perfectly still a bear just gets confused, and leaves you be.

I managed that until its claws were reaching out to crush me, then I hit it with my cheque. It was a swing of desperation and anger and, after two days holding onto a cheque, I’d developed quite a bit of upper body strength (for a writer).

The bear made a soft sort of sound, then went down, hard.

I gave it a good kick in the ribs, and it quivered. But that bear was out cold. Then I felt guilty.

I’d noticed a river nearby, using the cheque as a net, I managed to catch a sizeable quantity of fish. This was back in the day when we still had fish.

The bear was waking when I returned, it cowered from me, but after a couple of fresh caught salmon, me and the bear were buddies. I’d grown up on Grizzly Adams, and Gentle Ben, I knew it was possible.

We wandered the wilderness together, the bear, the cheque and me, and had many adventures - which I won’t detail here but which included solving a hundred-year-old mystery, stopping a bit of insider trading (apparently it happens more often than you think in the wilderness), mining gold, e-publishing a series of novels about viking bikers, and something to do with the Knights Templar (I was always a bit hazy on that one).

When I eventually returned to the city I called up the convenor and confessed that I’d never cashed the cheque in - in fact I was too close to the cheque to ever let it go, I even implied that we might be dating.

“Good for you,” he said. “Besides there’d never really been a prize, though the money was real. I’m just an actor, in fact I have a new movie coming out, I can get you tickets.” I groaned.

‘No need to be so rude. A friend of yours organised the whole thing, they wanted you to become more confident.”

“What kind of friends do that?” I demanded.

“The kind of friends you haven’t met yet,” the bear (who had come to live with me in my flat) said.

I hung up the phone.

“Are you telling me that you’re some sort of rich bear benefactor?”

The bear laughed. “How do you think Vonnegut got his start? Malouf took it a lot better than you are.”

I looked at the bear, then gave him a hug. “Thank you, bear. Also, you can talk!”

“Of course I can, Trevor” the bear said. “Anything else you would like to know?”

I shrugged. “Not really, but could you please do the washing up; it’s your turn. I left you a note and everything.”

The bear sighed. “Just because I can talk doesn’t mean I can read, Trevor.”

“Just do the washing up.”

And we all laughed.

Except the cheque, because money talks but cheques sure as hell can’t (oh, and we really were dating, so everything worked out fine).

This story originally appeared in New to CF.

Trent made this story available for free. Say thanks by sending them a tip.    Send Tip