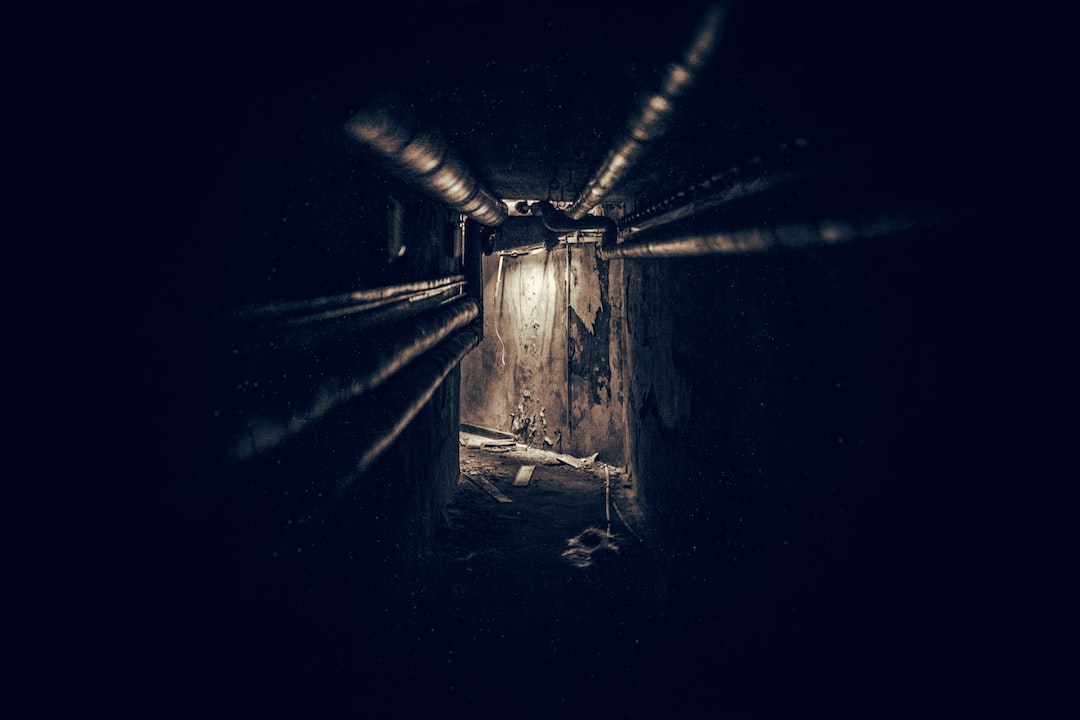 Photo by Denny Müller via Unsplash.

From the author: Prompted by the ramblings of a numbers station, Svetlana searches for her brother on an abandoned military base.

Svetlana Grigorevna crunched across the snow towards it. There was no security around the radio tower, not since the voyenni gorodok was abandoned. No guards, and the gate was unlocked despite the signs on the fence that warned only military personnel were allowed. There was only the dog.

The poor thing looked half starved, although she supposed it must be fed by someone–there weren't enough trespassers here to feed even a small one. It raised its head as she approached, and growled in its throat until she produced a handful of pelmeni. It fell on the dumplings and Svetlana investigated the buildings while it was occupied.

The radio tower loomed silently above single storey buildings. Its broadcasts, regular buzzing and random strings of letters and numbers, were so much a part of her life she barely heard them emanating from her brother's room any more. What grabbed the attention was when there was something else. And last night when a disembodied voice uttered a string of names–Boris, Tatyana, Nikolai, Konstantin--she'd somehow known that Konstantin had finally given into his curiosity and gone to investigate.

Mostly the buildings were full of abandoned electrical equipment, and one had a hole in the floor that must have led somewhere once. Finally she found a spiral staircase going down into darkness. A few scuffs on the dirt--covered floor showed that someone had been here. She had no way of knowing if it were Konstantin.

"Kostya?" she called, but the gloom swallowed her voice without even an echo.

There was a prickle between her shoulder blades, and she wondered if she were being watched. Perhaps the dog's owner had returned. Shouting her brother's name on a restricted site was not the cleverest thing to do. She turned on her torch and descended the staircase.

The deeper she went into the tunnels, the danker it became. Moisture shone on the concrete blocks and made the floor slimy underfoot. She followed along a way, peering into rooms still full of furniture and equipment. Papers she didn't understand covered the walls. The whole place stank of decay. It still felt like someone was watching her, and she wondered what measures were left to deal with intruders.

Svetlana was about to turn back when her torch caught a figure huddled around a radio at the turn of the corridor. She dropped to her knees beside him.

"Kostya? It's me." She shook him by the shoulders and he blinked.

"Sveta," he said in a dreamy voice. "What are you doing here?"

"Getting you home," she said. "Why did you come here?"

"The noise called me," he said. "It's still broadcasting."

"Don't be silly, they moved everything somewhere else."

"No." He switched on the radio, adjusted the antenna, and Svetlana started as she heard the familiar buzzing behind the crackle of poor signal, regular until two quick buzzes marked the hour.

"How is that possible?"

Konstantin just shrugged. He didn't resist as she helped him to his feet, but as she turned back towards the stairs he pulled back.

"No, Sveta. We can't go home." His grip on her arm was painful. "If we go back, it will follow us. Don't tell me you can't feel it. It's been watching ever since we came here. All it needs is for one person to open the way."

Svetlana felt a sudden chill. "What are you talking about? There's nobody here."

"There were some papers left behind. They mentioned–I don't know what it is, but it's big, and old. Older than this tower, older than Mother Russia, maybe older than the world."

For all that Konstantin sounded crazy, there was such misery in the way he looked at her Svetlana knew he really believed what he was saying. She couldn't deny the feeling of being watched had grown stronger the further she went into the tunnels.

"So what do you suggest, that we go deeper? What if there is something down here, Kostya? What then?"

On the radio, the buzzing stopped. In the distance she heard the dog had resumed its mindless barking. A voice spoke into the pause: Boris, Tatyana, Nikolai, Konstantin, Svetlana.

Svetlana took Konstantin's hand in hers and continued down the tunnel.