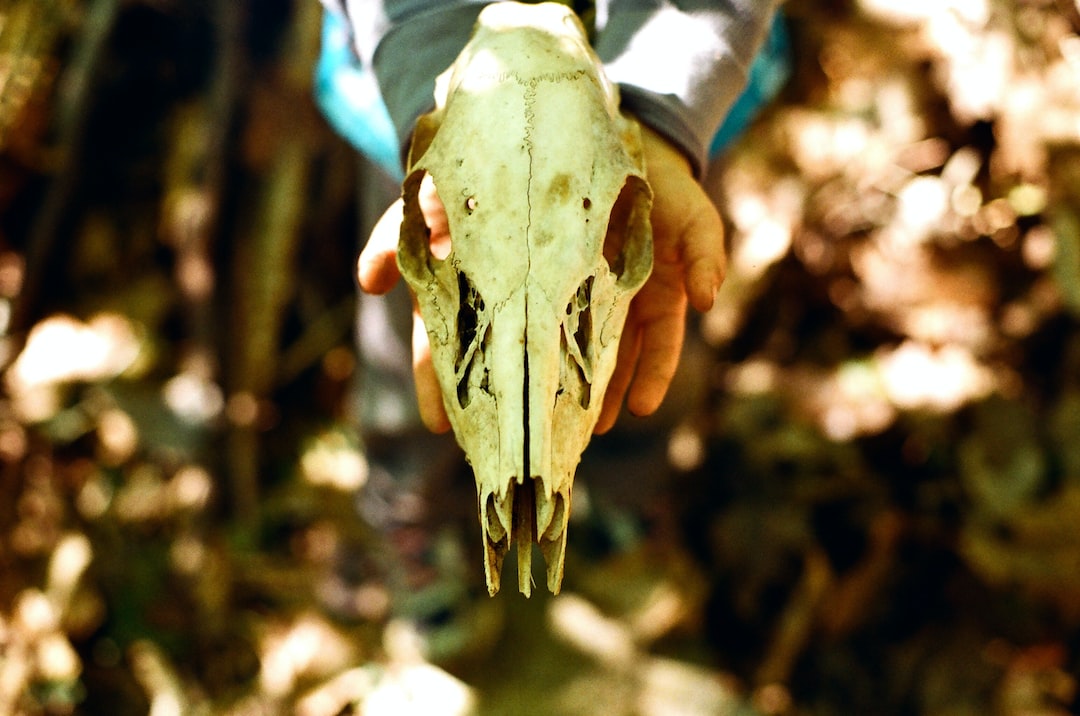 Photo by Markus Krisetya via Unsplash.

From the author: A dark little short about some unfortunate archeologists on an island.

At first I thought I could blame it on stress. That didn’t work for long though. Stress could explain the rushing in my ears, and the scratching whispers that clawed when I wanted sleep. It didn’t explain the voice talking to me in the dark.

The island was almost gift wrapped: that should have been the first clue. We’d come here for a dig, exclusive access for a new site, first rights over the whole excavation. The island’s owner wanted someone who would paint a sympathetic narrative from the old stories, nasty rumours of cannibals and monsters, and we wanted money. We'd put the best spin on whatever we discovered.

We dug in and started finding bones. That’s what you want on an archeology site, right? Not these. They weren’t human, too big and far too misshapen, black from the brackish water that soaked through everything here. I thought maybe a burial pit; ritual sacrifice, something like that. Not uncommon in coastal areas and islands were certainly that. Lots of hungry gods under the water.

Then Jen went missing. We thought she might have fallen off the cliff at first, the nights were long and the ocean’s unforgiving. She insisted she had to go out walking in the dark, see the stars in all their glory away from the light pollution, always singing to herself. Jen was experienced, sure, but anyone could be unlucky in the dark.

We believed that until her head showed up on the front steps, eyes rolled back and tongue torn out. Her body was in the pit, pierced through with the old black bones. I voted that we got the fuck out of dodge, but the supply boat wasn’t for another five days and no one wanted to chance it in the survival craft.

Thomas was next, missing in the night and folded like a present for us, in the pit. The long bones had been snapped so he was neater, parcelled up with his face gazing out. His eyes were gone, sunken holes where they’d sat, and I didn’t dare get close enough to find out about his tongue.

Chris and Laura decided we should keep watch now, take turns in the night so we could see who was doing this. I didn’t have the heart to tell them it wouldn’t work. No human snapped a femur, and both of Thomas’s had been broken. That needed a bone saw or something better than we were. It was just a matter of time.

Laura and I woke to Chris gone, and the voices began pretty soon after that. I put it down to stress. I blamed stress for seeing Thomas’s eyes staring at me through the cabin window, little orbs of white sat in vast black holes. I blamed stress for hearing Chris knock at the door the next night, when we had found him pinned by bones, spread eagle, outside the pit, hands and feet shorn off and the stumps still bleeding.

Laura thought we should let it in, save ourselves the bother of fighting something obviously stronger than we were. The option sat in the silence between us until it knocked again.

We got drunk instead, swigging the tequila we’d brought for celebrating our big discovery. We promised each other we would go to the survival craft in the morning, as soon as we woke up, sod the consequences. The island, the dig, it wasn’t worth this. We didn’t want to be more bones in the pit.

I woke up to the tequila bottle smashing over my head, glass and alcohol sluicing down my face. It burned like hell and I screamed with the pain, shooting out of the slump I was sleeping in and battering through the door, into the cold night air. Raking a hand over my eyes I saw the glow of something coming from the pit, smouldering orange like a banking fire. I staggered towards it, sinking to my knees at the edge.

Something sat at the bottom, surrounded by burning peat and fresh white bones. We’d buried our dead but I knew it was them, or what was left. The thing was made up of the black bones, sticking together to form a giant skeleton, glowing with a dull red sheen. It was all wrong, two or three bones joining together where there should only be one, joints bending in ways that shouldn’t work. The head looked like a deer skull, pointed and thin towards the front, and I saw a pink tongue hanging out from the teeth. Human hands gripped around the impossible legs, and stubs of toes peaked out towards the edge of the fire. It turned and I was looking into Thomas’s eyes, pupils blown wide, the white almost lost in the chasms that held them. I heard a grinding crunch and saw Laura’s head roll out of the space where a ribcage would be, settling into the fire.

It held up two ragged, wet sacks of lungs and shovelled them into the gulf of it’s ribs, hooking them over the too big bones to sit within.

“I like these,” it said in Laura’s voice and I vomited, retching sour alcohol down into the pit. “You’ve all been so generous. I saved you for last, though. I’d like your heart.”