Steven made this story available for free. Say thanks by sending them a tip.    Send Tip

The Beginning of Tears 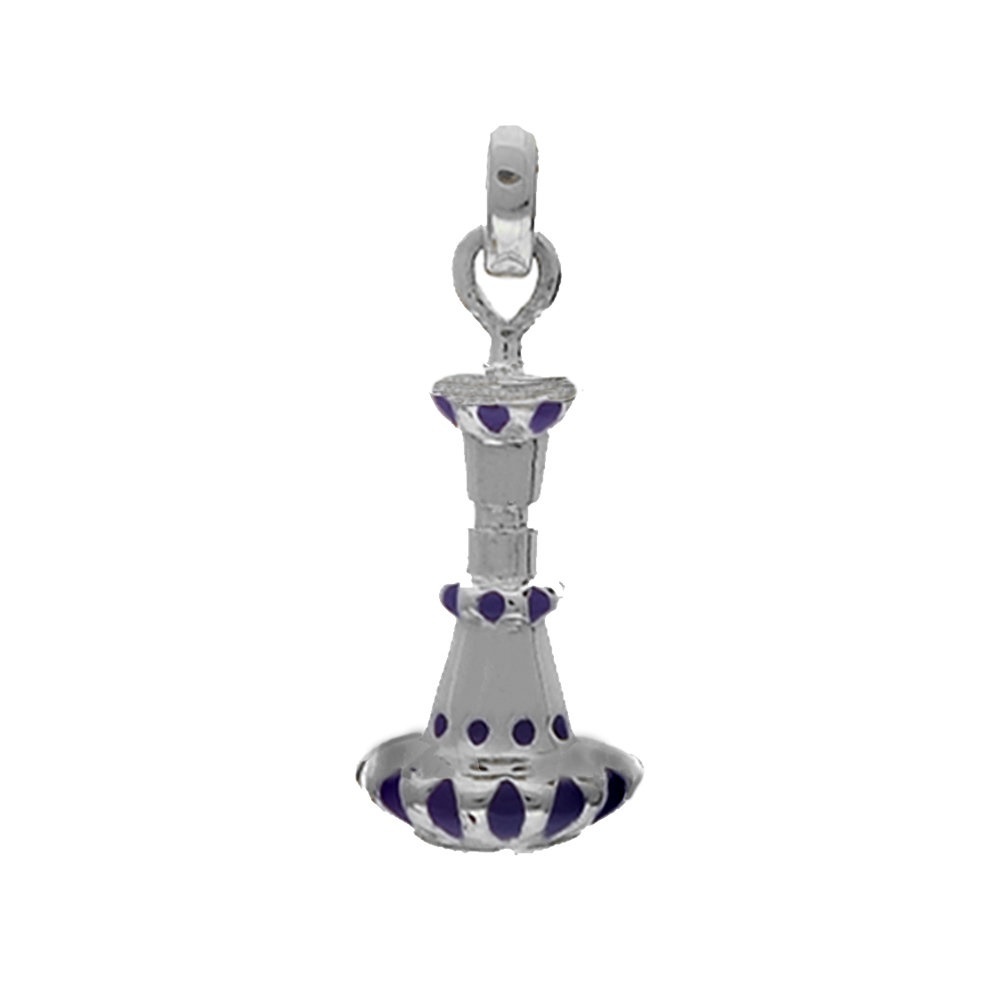 From the author: How do you defeat the most powerful djinn in the world when you have no power of your own? I love djinn and I love tricksters. Here, I got to use both. This story originally appeared in MARION ZIMMER BRADLEY'S FANTASY MAGAZINE.

THE BEGINNING OF TEARS

Hajira defiantly clutched her mother's silver-backed hand mirror and glared across the perfumed gardens at Khamis, hoping he couldn't hear her pounding heart.  Her eyes were dry--the tears had not yet begun.

"So the youngest daughter of the sorceress comes to defy me as well," Khamis mocked, then gestured at the seven heads that cast long shadows at his feet.  Each one had the brand of a sorceress imprinted on its waxen cheek.  "Tell me, girl, do you think you have enough power to avenge your parents and sisters?"

"I have enough," Hajira said, refusing to look at them.  "More than enough."

Khamis' dark eyes glittered.  "Show me."  And a bolt of lightning tore toward her through the air.  Hajira tightened her grip around the mirror and forced herself not to move.  A moment before the bolt reached her, it glanced aside and smashed into a fig tree.  The tree exploded, showering Hajira with fragments of wood.  The hot smell of ozone mixed with sweet jasmine in Hajira's nostrils and the glass in the mirror cracked.

Hajira calmly straightened her veil before Khamis could get a look at her face, and forced her voice to remain steady.  "You see?  Not even the power you stole from my mother and sisters can harm me, Lazy Khamis."

"Don't call me that!" Khamis snarled.  Bees and hornets swarmed from his robe and buzzed angrily across the garden.  Each one died less than an arm's length from Hajira's veil.  Fading sunlight caught the fresh inscription on the mirror's handle and the glass cracked again.  One more spell and its power would vanish like water on the desert sands.

"Is that the best you can do?" Hajira called lightly.  "Why, my mother taught me better than that almost before I could walk, and certainly long before she consented to become your teacher, Lazy Khamis.  A monkey could learn more magic."

Khamis' handsome face grew stormy, then cleared.  "I see through your tricks, Hajira.  You want me to tire myself out.  But I am not stupid."

"There are faster ways to power than what your mother taught."  Khamis aimed a kick at one of the heads before him.  Hajira wanted to lunge at him, claw at him with nails and teeth, but she forced herself to remain still.  Khamis produced a bottle from his robe.  "This is one of those ways."

"You are not disciplined in the ways of the Si'lat, Lazy Khamis," Hajira warned.  "Give me that bottle before you do even more harm.  It is mine by right.  You are not only lazy, Khamis, you are a lazy thief."

Khamis face reddened.  "You will die for mocking me, girl!" he replied shrilly.  "This bottle belongs to the holder, and so does the Si'lat!"

He yanked out the stopper.  A cloud of smoke gushed upward from the bottle and coalesced into a female form.  This female, however, was over seven feet tall with glowing red eyes, long fangs, and black claws where her fingernails should have been.  Naked breasts hung nearly to her waist and her lower half was a pillar of flame.

Hajira's heart began to pound again.  All the djinni could work powerful magic, but the Si'lat were the elite, the sorceresses of the djinni.  Hajira's grandmother's grandmother had battled for nine days and nine nights to force this one into servitude, and only three times since then had anyone in Hajira's family opened the bottle.

"What is your bidding, master?" the Si'lat growled.

Khamis stabbed a righteous finger in Hajira's direction.  "Si'lat, that girl dared to mock me and call me thief.  Destroy her!"

A clawed hand formed out of the Si'lat's pillar of fire and flashed across the garden toward Hajira, but at the last moment, it bounced sideways and exploded with a *whump* that left Hajira's ears ringing.  The noise also hid the sound of glass shattering.  The mirror's magic was gone.

"Apologies, master," the Si'lat said tonelessly.  "I was unable to do your bidding."

Were you listening, Khamis? Hajira thought.  She didn't say your bidding is impossible.  If it were, her response would have been very different.

"You see, Lazy Khamis?" she said aloud.  "Not even the most powerful djinn can destroy me.  Not with the power I wield."

"You lie!" Khamis snapped.  "No one can withstand the power of a Si'lat."

Not even you, I would wager, Hajira thought.  She held up the mirror.

"You would know it to be possible," she replied, "if you had spent more time studying than plotting thievery, Lazy Khamis.  I have focused my power into this, my mother's mirror.  The only way to release it is to use the name inscribed on the handle.  It is my true name."  Hajira tugged mockingly at her veil.  "I tell you this, Lazy Khamis, because not even a thief like you can take the mirror from me.  Neither can the Si'lat."

The Si'lat bowed.  There was a flash of light and a tiny square of reflective glass appeared in her hands.  She gave it to Khamis, who scowled.

"What is this?" he asked shortly.

"The mirror," replied the Si'lat.  "You did not specify beyond that, master."

Hajira smiled tightly beneath her veil, remembering her mother's words.  The Si'lat are powerful servants, but they do not serve willingly.  It is necessary to weigh every word of every command, for if there is a way to twist what you say, the Si'lat will find it.  And beware--if you ever order one to do the impossible, the spell that binds her will be broken.

Khamis threw the glass away.  "You know very well what I mean, Si'lat," he growled.  "Take the mirror Hajira holds and--"

"Why are you bothering, Lazy Khamis?" Hajira interrupted before he could complete the command.  "She can't do it.  Your magic can't touch me, the Si'lat's magic can't touch me.  You can't do anything to me as long as I wield my power and you can't take that from me unless you know my true name, the name on my mother's mirror."

Khamis blanched and backed up a step.  In desperation, he looked at Hajira, then the Si'lat.  Hajira stepped forward again, holding the mirror out before her.

Think, you lazy fool.  Think! she raged at him.  Show me the intelligence my mother saw in you and let me avenge her death so I may join her.

Khamis backed up another step, eyes fixed on the mirror.  Then a wild look crossed his face.  Hajira held her breath.

"Si'lat," he barked.  "Tell me the name inscribed on the mirror Hajira holds."

Hajira snatched the mirror to her bosom.  "No!" she cried.

"Fathia," the Si'lat said with a horrible grin.

Khamis laughed with mad exultation.  "You see, Hajira?  You aren't as smart as you think.  I don't need your mirror--only your name."  He threw his arms to the sky, still laughing his hyena's laugh.  Air whirled madly above him.  "And now, Si'lat, take away her power--and give it to me!"

"You know who I mean," Khamis screeched.  "Give me Fathia's power and destroy her!"

The Si'lat laughed, a coarse, grating sound that raked Hajira's already raw nerves.  "I am afraid, master, that you have asked the impossible."  And a gout of flame roared from the Si'lat's hands.  Khamis's wild howling turned into screams of agony that thinned and died as his body collapsed into ash.

"I. Am. FREE!" bellowed the Si'lat.  More fire lashed down and melted the bottle.  "My master is dead and I am free!"

Hajira swallowed and once again pushed aside her fear.  I'm coming, Mother.  "Then leave this place, foul and loathsome creature," she commanded.

The Si'lat turned a harsh burning gaze on her, then paused.  "Yes," she hissed slowly.  "I should kill you, shouldn't I, girl?  It was your family that kept me imprisoned."  Her eyes narrowed as she glanced almost idly about the garden with her burning eyes, then smiled at the heads strewn upon the ground like so many grains of rice.  "But you did help free me and you are clever.  Most clever.  Perhaps the world would be a better place with you in it, mortal."

"Let this be a lesson to you, little one," the Si'lat said.  "Being born with power is not always a blessing.  It did not save your mother or sisters."

There was a clap of thunder and the Si'lat was gone.  A gust of wind blew aside Hajira's veil and she automatically straightened it, even though there was no one to see her cheek did not carry the brand of sorceress.  Hajira stared numbly about the once-beautiful gardens and at what remained of her family.

"But being born without power," said Hajira softly, "did prevent me from joining them."

Only then did the tears begin.

Steven made this story available for free. Say thanks by sending them a tip.    Send Tip 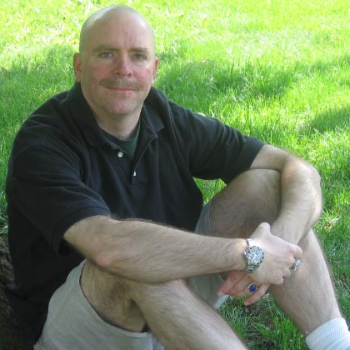 Steven Harper is well-known for his fantasy, science fiction, and steampunk.