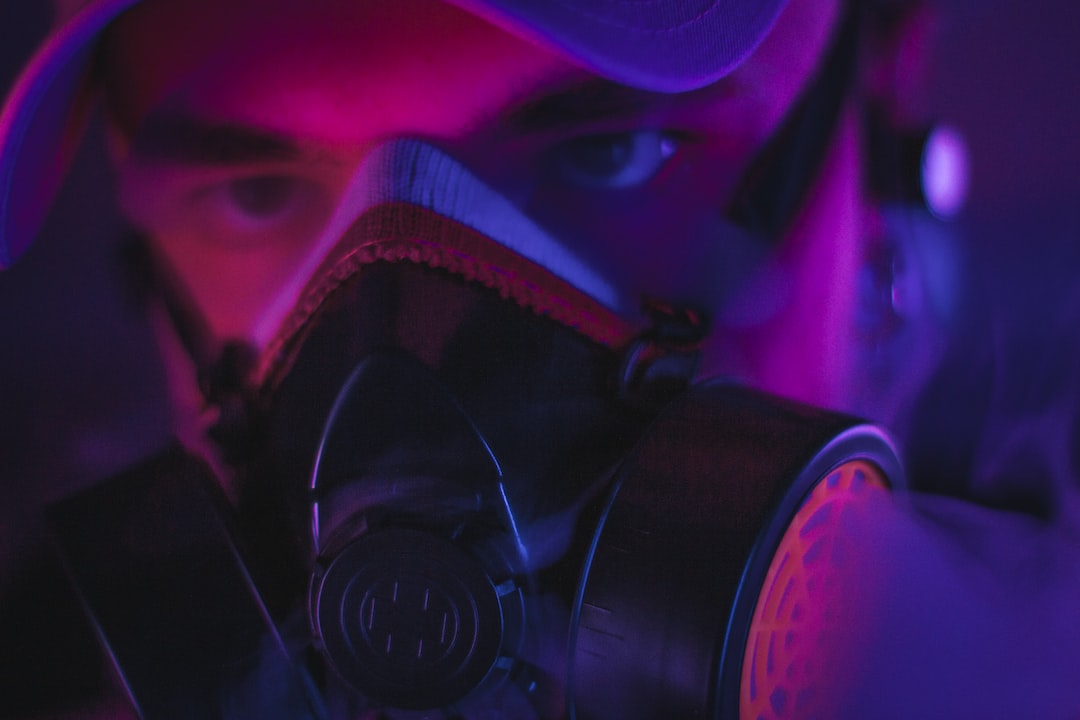 Photo by Daniel Ramos via Unsplash.

From the author: Traffic is backed up -- there's been a spill of love on the highway.

“And now, with your up-to-the-minute traffic reports, as always, here’s Knock-Knock Nick in the KXEF chopper.  Nick?”

Figures, thought Kelly.  Here she was on I-92.  You’d think the highway would be fairly clear at three in the afternoon on a Tuesday.  Just her luck.

“Traffic is backed up on the northbound lanes, starting just past the Winnington exit.”

Oh – so the problem was on the northbound lanes!  Thank God for little favors.  But the Winnington exit was just ahead, so the problem was nearby.  Even the southbound drivers would slow, some to rubberneck and some out of caution.  It’d be a while before she got home.  Not that she had any reason to rush.

“The cause of the backup, which is well over a mile long already, is a tanker truck spill,” Nick said from the radio.  “A semi has overturned just off the right shoulder, and love has spilled over at least three lanes.  Police are on the scene, redirecting traffic, and a hazmat team is just now arriving.  But for all you drivers out there, the takeaway is avoid I-92, between the Winnington exit and Ackland, for at least the next few hours.”

“And what about those drivers caught in the middle of all this, Nick?”

Nick laughed.  “Just be patient.  Turn your engine off, play a game on your phone.  And if you’re close to the spill, roll up your windows!”

“Thanks, Nick.  And we’ll be back with updates from Knock-Knock Nick in our KXEF chopper as the situation develops, and regular traffic reports every half hour.”

Music returned to her radio.

Traffic was beginning to slow.  Kelly moved into the far left lane.  Maybe she could get a good look at the spill.  First she made sure her windows were all rolled up, both front and back.

Traffic came to a standstill, and here it was.  Flashing lights from the emergency vehicles, police and fire, a big tanker truck on its side in the right lane, and yes, there were the guys in their bright yellow hazmat suits.  But they were a little late for some people, who had apparently left their cars.  Drawn closer to get a better look, or maybe they’d been affected even from inside their vehicles.  Did that stuff give off fumes, a smell in the air, or did you actually have to touch it to be affected?  Kelly didn’t know.

Some of those people were kissing and hugging, and at least one couple had gone a little further.  Others were on their knees, crying or pleading.  Some were dancing.  One guy was just standing there, gazing raptly at who-knows-what.

There would be a lot of embarrassment later, Kelly thought.  Blushes and averted eyes and stammering and unconvincing explanations.  People’s hearts had been laid bare out there in public, with witnesses.  Probably on the news and on dozens of cellphone cameras, Facebook and who knows where else.  How could those people ever go back to work, talk to their neighbors, face their families?  What hells their lives would become!  The people out there in that might as well be cadavers, dissected for public amusement.

Still… No one could blame them later, right?

She’d talked with friends about their various loves.  Some had seemed merely comfortable, content to have found someone.  Others seemed to be mostly proud – Lisa and her pediatrician, Matthias and his daredevil firefighter.  Her elderly neighbor exuded a quiet joy.  The annoying ones couldn’t shut up about their new acquisitions, until suddenly they did.  Which of those was love?  All of them?  None of them?  It could be, it would pretty much have to be, that people felt it in different ways.  But Kelly had gone through life just watching.

Had she ever been in love?  Crushes, for sure, as a girl, that swept through her being and then left her embarrassed, glad she hadn’t told anyone of her feelings, or – even worse – actually acted on them.  And there had been guys she’d been out with.  Nice guys, attractive.  There was no spark of the type she’d heard about, but when they had asked, she could think of no way to politely refuse.  In each case, some element just wasn’t there.

Maybe she just hadn’t met the right guy.  That’s what her mom would always say.  But it seemed to Kelly that most people met people they thought were the right ones, more than once, even if later they changed their minds.  That hadn’t happened to her.

What was the word?  Asexual?  A person who naturally feels no need for sex.  Or was it someone who felt no need for romance?  That’s what Lisa at work kept telling her, anyway, that she was asexual.

Lisa was wrong.  She did feel the desire.

A guy had helped her once in a department store, and she felt an electricity when his hand brushed hers.  She stumbled out, nearly walked into traffic, and had never gone back to that store.  There was a man working next to her when she volunteered at the food bank every Tuesday evening.  Larry, and he even admitted it was a stupid name.  Kelly grinned.  Every thought which she had started to describe, he had completed.  They were two gears, completely in synch.

A few weeks after she met him, she had stopped volunteering.  It was a shame.  She missed that.

She had simply never acted on her feelings.  Right?  No, it was more than that – she had actively avoided the sources of her passion.  The emotions were too powerful to be trifled with.  Well, weren’t they?

Sure, she could see a doctor, and they would probably give her a prescription.  Some of that stuff out there on the highway, she could have it in a pill or a vial.  Lots of people did that.  There was no shame.  At least, that’s what people said in the TV ads.  She should do that, she really should.

Except she knew she wouldn’t.

And anyway, she wasn’t that bad.  She was just being cautious.  Sure, the guy in the department store, Larry at the food bank, had seemed nice.  But she hardly knew them.  It would be foolish, reckless, wouldn’t it, to expose her heart to strangers?

That argument didn’t take her far.  After all, she had not allowed herself to get to know them well enough to know if there was justification for taking such a risk.  She hadn’t been careful.  She’d been afraid.  That was her problem.  She didn’t allow herself to take chances.

She sighed.  None of these thoughts were anything new.  They’d all been hashed and rehashed.  The realizations were not revelations.  But nothing changed.  Nothing came out of the insights.  She knew what she needed, but never did anything.  And never would.  She was what she was.

“You’re better off,” Lisa had told her once over lunch.  “Pulled this way and that way, crying and laughing.  It’s not worth it.”

But who was Lisa, that Kelly should want to emulate her?  At work, Kelly had been an unwilling eavesdropper on every coo and giggle.  But she’d also overheard every accusation and recrimination.  Cubicle walls only gave an illusion of privacy. So did Lisa have the whole love thing down?  She was a yo-yo.

Then why did Kelly envy her?  Might as well be one of those unfortunates out there on the highway, those being hustled off by the guys in the hazmat suits.

Kelly could look at them, safe in her car.  As long as she didn’t open a window, open a door and step out, she was safe, right?  Sure.  It couldn’t reach her.  It was a newer car, all sealed up, even the traffic sounds muted, protecting her from the world.  The outside air –

Her car vented outside air into the vehicle!  She remembered when the salesman had showed her the controls.  He’d told her it was better to vent the outside air, instead of having the car recirculate what was inside, build up the CO2 and dust.

Kelly switched it to recirculation.  But was it too late?  Was there a smell?

She thought there might be.  A kind of stale candy smell, like four days after Halloween.  Was that what love smelled like?  Had the car smelled like that before?  Kelly didn’t think so.  Oh, God.  It must be love.  It was in the car with her, entering her lungs.  Now that she thought about it, she could feel it percolating through her, fizzing in her blood like a soda, like caffeine.

Kelly blinked several times, tried to control her breathing, slow it down.  No use.

A song on the radio ended.  She hadn’t been listening, didn’t even know what song it had been.

Kelly jerked her car over to the right lane.  Someone honked, someone she had cut off, but she didn’t care.  No one could blame her.  The exit was coming up, and she was filled with bright air and hope, her blood buzzing and her eyes open.  Love was inside her, probably a very excessive dose, and it was Tuesday afternoon, and Larry was at the food bank.

Kelly took the exit ramp a little too fast, and then rolled down the window and whooped.

Six weeks later, Kelly and Larry were having ice cream cones in the park, sitting on a blanket and looking out over the lake.  Not far away a man was having lunch on a park bench; he had taken his suit jacket off, and had a little radio on the bench next to him.

“Officials report, however, that the amount of patience vented into the air outside the factory remains at acceptable levels,” the radio was reporting.

“They got to be more careful with that kind of stuff,” Larry said.  “Imagine it had been something more volatile?”

Kelly looked down, suddenly shy.  “I never told you—” she began, and then hesitated.

Kelly took a deep breath, and forced herself to look up again.  “I’m not sorry,” she said, “because everything has turned out so, so perfectly.  But I don’t think I would have ever asked you out, would have ever approached you, if I hadn’t been accidentally dosed with some love from a spill on the highway.”

Larry switched his cone to his other hand so he could put an arm around Kelly.  “Wow!” he said.  “Well, I’m glad, I guess!  Wow.  Hey, I heard that it burns just a little when you touch it.  Is that how it was for you?  Did it leave a mark?”

“Oh, I didn’t actually touch it,” Kelly said.  “I just breathed in the fumes.”

“Don’t you remember?” Larry asked.  “You were telling me a couple of weeks ago that you read an article that said you have to physically touch it for it to have any effect.  Or get it intravenously.  That fumes won’t do anything.”

“It was after that guy tried to explain away his assault by saying he’d breathed in something or other.  So you looked it up.”  He squeezed her closer.  “I’m surprised you forgot.  Are you disappointed?”

Kelly tossed the remains of her cone into a garbage can.  A good throw – at least eight feet.  Then she entwined her fingers with Larry’s.