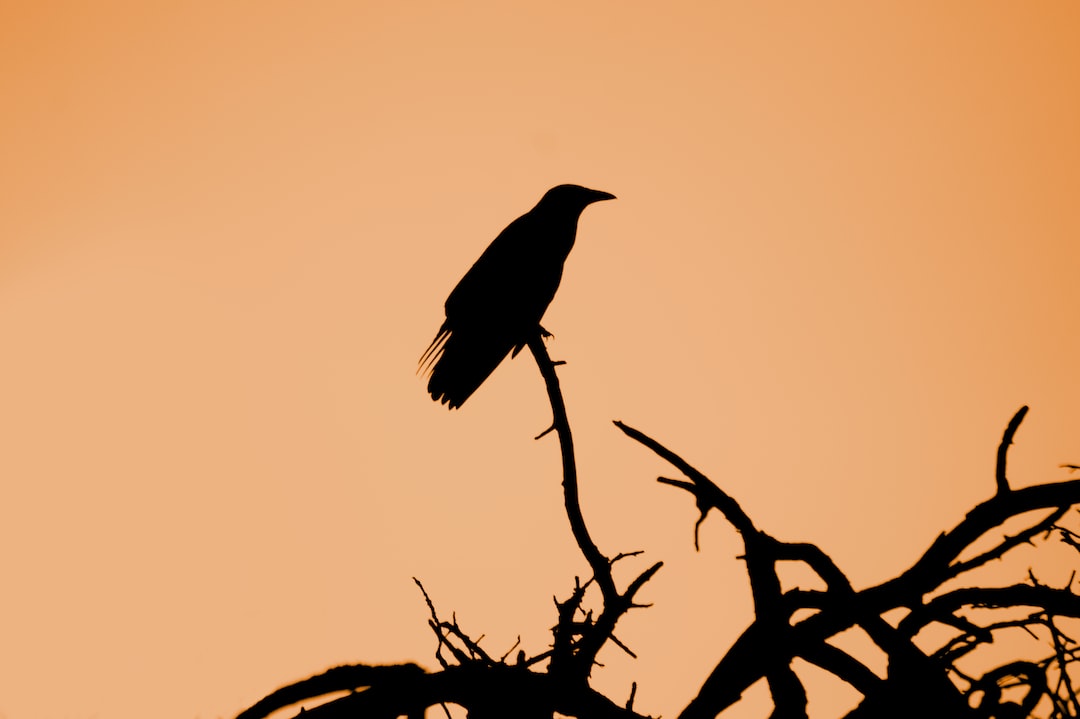 Photo by Alexander Sinn via Unsplash.

From the author: A man sacrifices a woman to his god only for there to be a snag. Shame, that. This is another self indulgent Gothic story of mine, short and punchy and based in the same building as Black Building Session.

Mathew sat looking at the blood pooling on the floor. It was always darker than he remembered, the crimson tainted by some deeper shade he didn’t recognise. It was fascinating. He let the dagger slip from his hand. The blade made a scraping noise against the concrete floor, but he didn’t really care; there was no one here to hear it. It was so silent in this place, the air so stagnant. No one came in.

His eyes turned to look at the body cooling against the wall. She had been young, perhaps twenty summers, and her blood had given him such a rush. His Lord would be pleased.

She had been pretty, a sturdy body, face with defined bone structure, but that didn’t really matter either. The only thing that did was keeping his Master happy and ensuring he had enough power to keep himself safe from the other magic users. They didn’t like him: he’d broken their code. Harm ye none, yeah, right, because that got you far. Mathew knew how to get what he wanted – money, power, position. All it had taken was the right enchantments, a bit of blood, and he’d been far ahead of them.

But she’d been different. When he’d stabbed her heart, as he always did to get the best blood, there’d been a surge of power. He hadn't felt that from even his own rituals. She must have been a fellow user, perhaps. Quite the prize then, to get one like him. Mathew noticed a small tattoo on her shoulder: a simple black feather, stark on her pale skin. Tacky. He leaned his head back, savouring the rough stone against his skin, surrendering to the energy flowing through him.

It was some time before Mathew felt her eyes on him. She was stood by the corpse, watching. She was beautiful; dark eyes that seemed black in the half light, long hair the same. Her skin was as white as the dead, and her dark clothes did little to help. He couldn’t tell her age in the gloom.

“Who are you?” he asked, forcing his hands to find the dagger. She continued to look at him, her eyes calculating. “Hey, I said; who are you?”

“Did you enjoy her?”

“What are you talking about? Who are you?” he hissed, now standing and stalking forward.

“You were in a hurry? The ritual was so sloppy.” Her voice was calm and this worried him. Normal people weren't calm around sacrificial murder.

“I won’t ask you again: who are you?” He brought the blade to her throat, his other hand grabbing her hair and yanking hard.

“I wouldn’t try that, Mathew,” she growled, her fingers snaking around his throat and raking over the skin. He yelped and made to punch her, but she danced out of his reach. “You never answered my question: did you enjoy her?”

He stopped, torn. She couldn’t live. But if he killed her as well people might come looking.

“They won’t. Just like no one else will come looking for Megan,” the woman said, closing the girl eyes. The gestured jarred him, a softness that didn't match her voice.

“You know what I’m thinking?”

“What are you?” Mathew’s pulse jumped in his chest, a prickle of sweat forming down his neck. This kind of thing wasn’t supposed to happen to him: his Master protected him.

“Choose which question you want answered,” she said, sitting next to the body. She began to stoke Megan's hair, pushing back the strands that had fallen into her face. The girl would look asleep, except for the ragged tear in her chest. It no longer bled, he’d had the fill of it, but there was no disguising the colour.

He knew what he had to do. The woman had said no one would come looking for her and he didn’t want a loose thread left to snag him. Inching towards her, he began to speak.

“Once you’ve answered my question I will tell you,” she replied, not bothering to look at him.

“Oh, I enjoyed her immensely. She was far stronger than I’d expected.”

She was silent for a time before her shoulders began to shake. At first Mathew thought it was sobs, but then he realised she was laughing. What right had she to laugh at him, who could kill her in an instant?

“You killed her for power?” the woman asked, standing. Her eyes were wide and wild, shiny in the dim light.

“Yes. And that’s the same reason I’ll kill you,” he spat, surging forward.

He lunged with the blade but she caught his wrist, twisting until he heard a sickening crunch. A bolt of agony rippled up his arm. She let him go and he dropped to the floor, cradling his hand.

“If you had killed her out of love, or even passion, or revenge, I might have let you live,” she snarled. “You’re an amateur; you didn’t even check who she was aligned with.”

“She wasn’t with any one! She was alone, on the streets, living rough. They always are."

The woman laughed again, taking his other arm and twisting it behind his back. She forced him up, shoving him towards the body. A kick to the side of his knee crumpled him onto the concrete. She held his head close to the dead girl, his eyes at the level of the tattoo.

“She was with someone, Mathew, she was mine. Marked as mine. I don’t take kindly to power hungry idiots killing my people!” She kicked him, knocking his head against the wall. Blood flooded his left eye.

“Who are you?” Panic stole his thoughts away. Why wasn’t his master helping him?

“I’m known by many names, but she knew me as Morrigan. And she wasn’t only very powerful, she was very young and sworn to be mine throughout her life. Your ‘master’ has already paid the price for trying to take her soul, it’s your turn to pay for taking her life.”

“Why? She was just some street sleeper. What was she that I couldn’t be to you?” he pleaded, desperate fear clawing in his chest.

“She understood the cycle, and that death and birth come hand in hand. She stayed close to me. Do you know how many people can freeze to death in one night on a street?”

“I don’t understand. What are you talking about?” Then he knew. A small shift to connect the things she’d been saying, the tattoo, the girl’s power. “Oh,” he said, looking at the woman again.

“Worked it out have we?” she smiled, revealing rows of sharp teeth.

“The Crow. The crone?” The woman nodded her answer. “So I’m going to die?” Once more she nodded, her smile growing wider.

“I’d start praying, Mathew. If you meet your ‘master’ before the next cycle I don’t think he’ll be very happy.”

Mathew sat, looking at the blood pooling on the floor. It was always darker than he remembered, the crimson tainted by some deeper shade he didn't recognise. It was fascinating. He let his head drop to his chest, and saw the gaping wound she had left him with. His eyes closed and he frowned, hearing the laughing cry of the crow.