A Song For Hugo 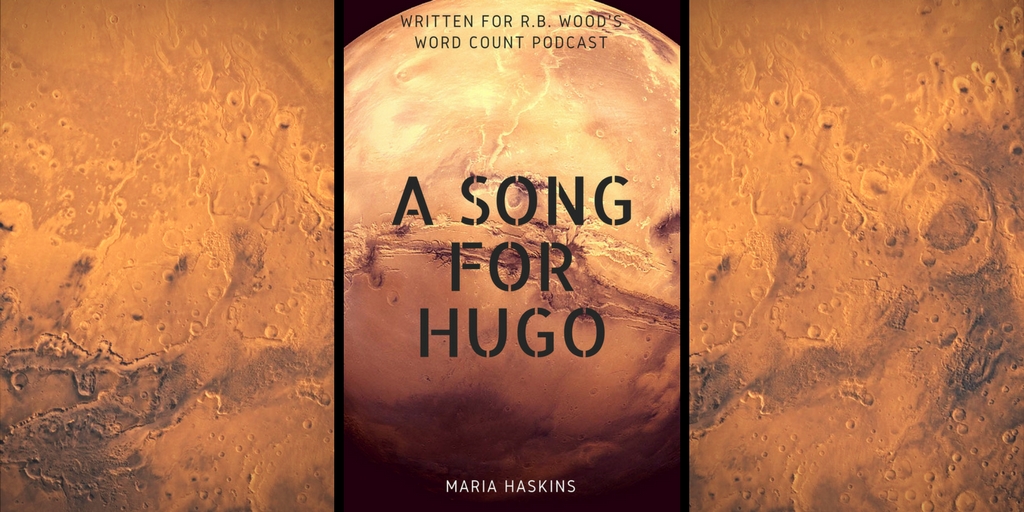 From the author: What happens when you leave home and then, when you and the world have changed, you come back again? Writing this flash story for R.B. Wood's Word Count Podcast later inspired me to write the story "And You Shall Sing to Me a Deeper Song", published in Interzone #280.

Hugo is just an old lawnmower bot, but Nina loves him anyway. She loves his gleaming curved exterior, the shiny solar panel on his back, and the buzz of his engine.

At night, when her parents are screaming at each other or drinking too much, she lies down in the backyard while Hugo mows around her, following the convoluted patterns only he fully understands.

Hugo might be old-tech, but Nina doesn’t care. She never feels alone when he’s there.

Stretched out on her back in the heat of a June-night, Nina sees the bright spot that is Mars burning in the sky. She hears the music from the annual music festival down by the water, too. Nina loves music, but she can’t afford a ticket. She can listen to the distant sound though, and sometimes she imagines that the music comes from Mars where the war with the machines has just begun.

In the dark, Nina sings her own song to Hugo. Singing is the only thing she’s good at, and the backyard song is just for Hugo. It has no words, it’s just a melody she hums, but Hugo likes it. She can tell, because he shifts his pattern, drawing close to listen. Sometimes he even dances, turning slow pirouettes around her on clumsy wheels.

Nina enlists in the Space Corps right out of high-school. The economy is crashing, but at least the Corps wants her. It wants everyone, because the war on Mars is heating up. It’s a strange war. Humanity is fighting the machines and computers it sent to Mars to do research and exploration. Somehow, the AI-controlled bots and drones have become sentient, and they claim Mars is theirs.

Nina is shipped out right after training, Earth’s blue orb slipping away into the emptiness until it is a small bright spot in the sky.

War is nothing like Nina thought it would be. It’s boredom and sudden, gruesome death. It’s hours of waiting, of watching the enemy on screens and holo-projections. It’s drugs and bad food and desperate sex, and the occasional thrill of adrenaline and victory.

Nina loses an eye in a shuttle crash. The army replaces it with a bionic one. She loses an arm in a drone-attack near Chryse. It is replaced by a cybernetic limb. When her heart is shredded by a mortar hit, it is replaced too. And still the war drags on, because the planet-encompassing AI and its self-replicating machines are everywhere: in orbit, in the ground, and behind every rusty ridge.

Some nights, Nina watches the bright spot in the sky that is Earth, thinking of Hugo and the backyard and the song, and one day she sings Hugo’s song to the enemy’s drones.

The drone-troop is moving in a randomized scouting pattern over Valles Marineris. Nina is in a bunker with her unit, watching them, and when the drones approach, she sings. She’s not sure why she does it. Maybe she wants to die that day. She closes her eyes, and feels nothing but the hum and tremor of the song inside the mech-suit, waiting for the fire-blasters, for the end.

But when her eyes open, the drones have shifted their pattern. They are pirouetting in the sky, in time with the song. For a fleeting moment she watches their gleaming curved exteriors, watches them dance, and then the shooting starts. Her unit blasts every single drone to pieces.

For a month after that, until the machines adapt and resist, Nina and her unit kill more enemy drones and bots than anyone else. Thousands of them are shattered and burned, listening to Nina’s song. Nina gets a medal. She wants to bury that medal in the Martian sand, but she doesn’t.

The Martian war lasts ten years. In the end, both sides claim victory, but the peace treaty doesn’t change anything: Mars still belongs to the machines, Earth still belongs to humanity. Nina is shipped home with her kit-bag, her medal, and an implant that’s supposed to manage her pain and PTSD.

On Earth, there are parades and victory speeches. At the celebration in her hometown, Nina sits with the other soldiers, feeling more lost than she ever did in the trenches on Mars.

Nothing has changed, but everything’s different. She is different. People stare at her bionic eye, gawk at her whirring limb.

The victory celebration takes place on the stage by the water where the music festival was held when she grew up. From her seat, Nina looks up. Mars is a bright spot in the sky. It looks the same as when she was a child, but her bionic eye sees it differently: her vision sharpened by lenses and tech, dimmed and blurred by memories.

The medal feels heavy on her chest. She rips it off and throws it away. She wants to rip off the uniform, her skin, the wiring, and the implants, until there’s nothing left that can hurt or remember anymore.

Nina lays down in the backyard. She closes her eyes and feels the grass beneath her. The grass is soft and neatly trimmed, even though the rest of the garden is overgrown.

Her artificial heart quickens beneath her scarred skin.

Nina remembers the song, but she can’t sing it. Not here. Once, it was a song for Hugo. Now, it’s a broken thing, just like she is. But the melody trembles inside her unbidden, humming through her circuits and implants, through her throat and tongue and lips, and when she opens her eyes, Hugo is there. His exterior is dented and oxidized, but even so, he shifts his pattern for her.

Beneath the distant light of Mars, Hugo dances while Nina sings, drawing close, turning slow pirouettes around her, as if her song still means the same thing to him. 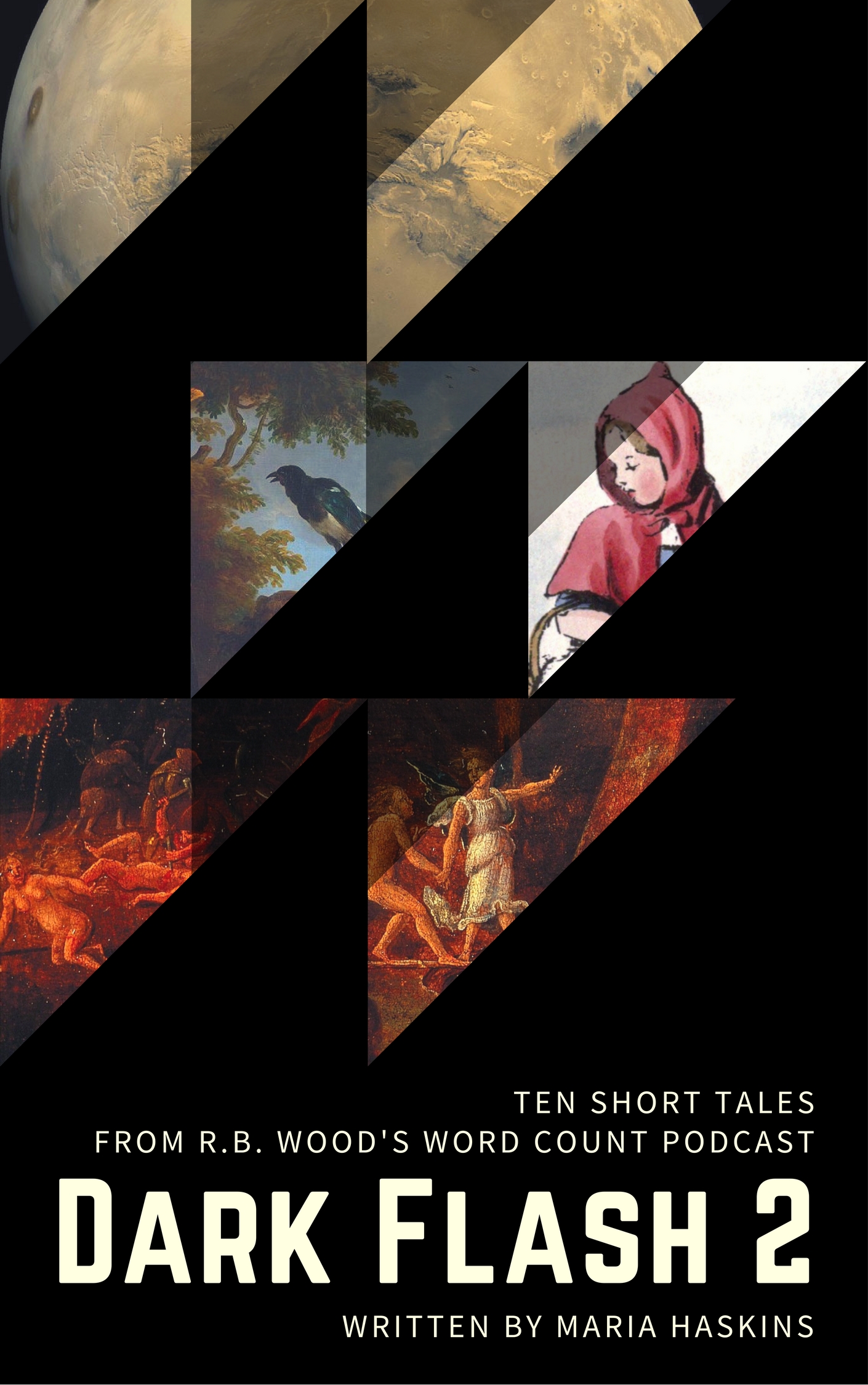