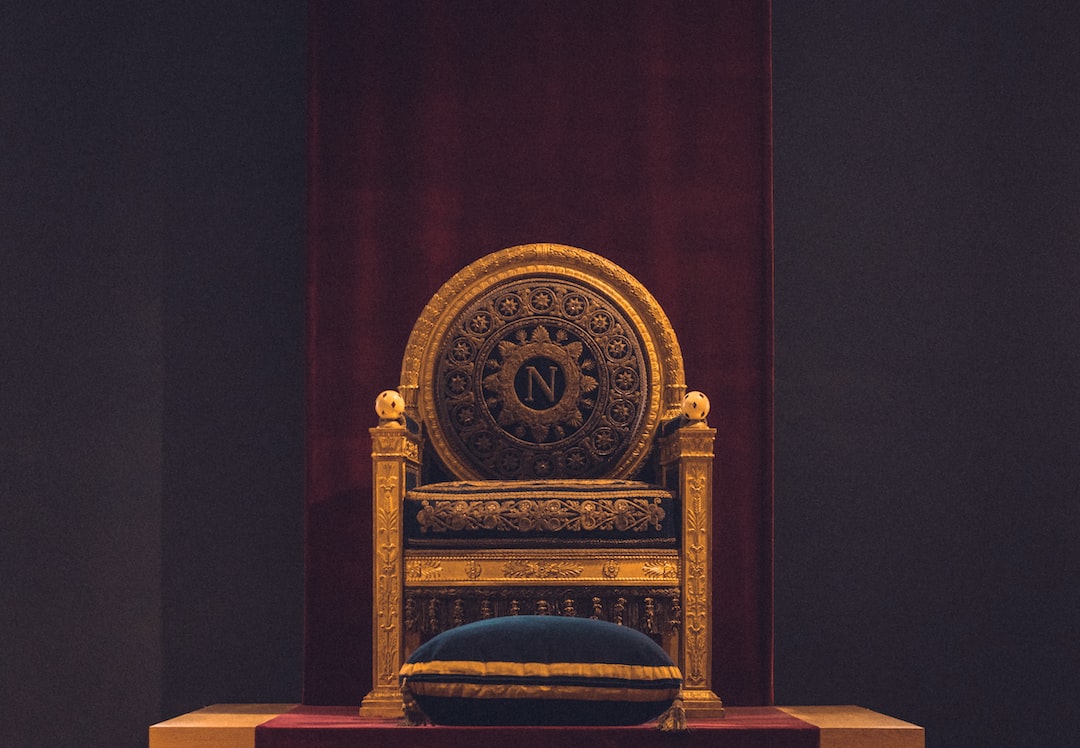 Photo by William Krause via Unsplash.

From the author: Trying to win approval, Odeled offers to deliver a message to his father's enemies. But at what cost?

On his knees before the throne, Odeled felt his father's gaze on him.

"Please, My Lord," he repeated. "Let me earn your blessing."

"Your brothers serve my army, have won new lands to add to my empire. Your sister made a good marriage and gives me healthy grandsons. You fight like a housewife swatting at flies, haven't even managed to father a bastard. The only reason you kneel before me is because you trip over your own feet. What could you possibly offer that they haven't?"

"Let me take the message for you." Odeled risked a glance up, saw his father's eyes narrow. "I overheard you talking to Mother. You said you want to send a message to Prince Belden that will strike fear into his heart. Let me be the messenger."

The Emperor's face reddened and Odeled feared he'd gone too far. Then his father threw back his head and roared with laughter.

"My messenger! Yes, that would be a way for you to be of use. Very well, I will let you carry my message. If you can take it all the way to Belden, you will have my blessing indeed."

It was less than a day later that Odeled found himself leaving the city with a horse and provisions to see him to the edge of his father's lands. For the first time in his life he was without an escort, but he wasn't afraid. For all his father's subjects resented the imposition of his rule, they couldn't deny that the roads were safer.

That night he camped a little way from the road and listened to the rain drum on the roof of his tiny tent. It couldn't dampen the scent of roasting meat and the sounds of merriment that came from the nearby roadside inn, but his father's words still rang clear in his ears. He was to avoid company until he was well over the border into Prince Belden's lands. No one, least of all Odeled, could afford rumour to precede him.

Everything went well until, two nights over the border, his horse was stolen during the night.

He emerged into daylight to discover that not only was the horse gone, but so was that saddle that had laid in the tent at his feet. He supposed the only reason the thieves hadn't taken anything else was that he'd used his pack as a pillow. As he struck camp he could hear his father's voice in his head: I'm surprised they didn't steal the tent from around you while you slept. He blushed and hoped his father's spies would have stopped watching him by now.

It was an unaccustomed burden but he shouldered his pack and trudged to the road. After all, he still had a message to deliver.

That night Odeled fell into an exhausted sleep at an inn, and despite sleeping late felt just as bad when he woke. His feet were blistered and he wrapped them before continuing. It rained all day, a continuous stubborn drizzle, and by the time he stopped that evening he was soaked through. Because of his plodding pace he was too far from an inn to stay, so he pitched his tent and crawled inside after trying futilely to light a fire.

Unsurprisingly, by the next morning he had a sore throat and his head felt like it was stuffed full of rags. Odeled ate a meagre breakfast of dry rations and continued on. For the first time he wondered if his father had his horse stolen on purpose, to test him.

When the city of Debel loomed before him, Odeled thought he was still hallucinating. He'd been seeing strange things for days now, the appearance of a whole city wouldn't have surprised him. He joined the queue of travellers at the gate anyway, and pulled his cloak tight around him to stem the shivers wracking through him despite the sweat that dripped from his skin like water from a melting icicle.

At the gates, one of the guards stopped him with a raised hand and a look of distaste.

"No vagrants, no beggars."

"He's sick," the other observed.

"Message," Odeled croaked. He fumbled inside his cloak for one of the few coins still left to him. "I have money. Look."

The silver flashed briefly in his palm, then it was gone and the guards waved him through.

To Odeled's fevered eyes, Debel was a whirl of chaos and noise. He needed a room and a healer, as the guards had said, but he didn't know the city or how he could afford either. The only hope he had of delivering his message was finding the man he'd been sent to find, one of his father's spies who could get him into the palace. Odeled's feet led him on memorised instructions to a door on the corner next to a shop with a swallow on the sign. He knocked four times.

"My father sends his greetings," he said as it opened, and fell forward.

When he woke he was in a bed, the sheets already stinking with sweat. What looked like his clothes were burning in a nearby fireplace.

"What are you doing here, You Highness?" the spy demanded. Hesitatingly, between gulps of water, Odeled told him.

"You've already delivered it. The Prince will get it when his people start dropping around him like flies. There's already rumours of sickness in the countryside. Think! Why did your father send you alone? Where's your escort, entourage, finery? You're not a messenger, you're a plague bearer."

Odeled's answer was drowned in agonised coughing. He heard the spy move away cursing. Another bout of shivering overtook him, and he wondered how much his father's blessings were worth after all.