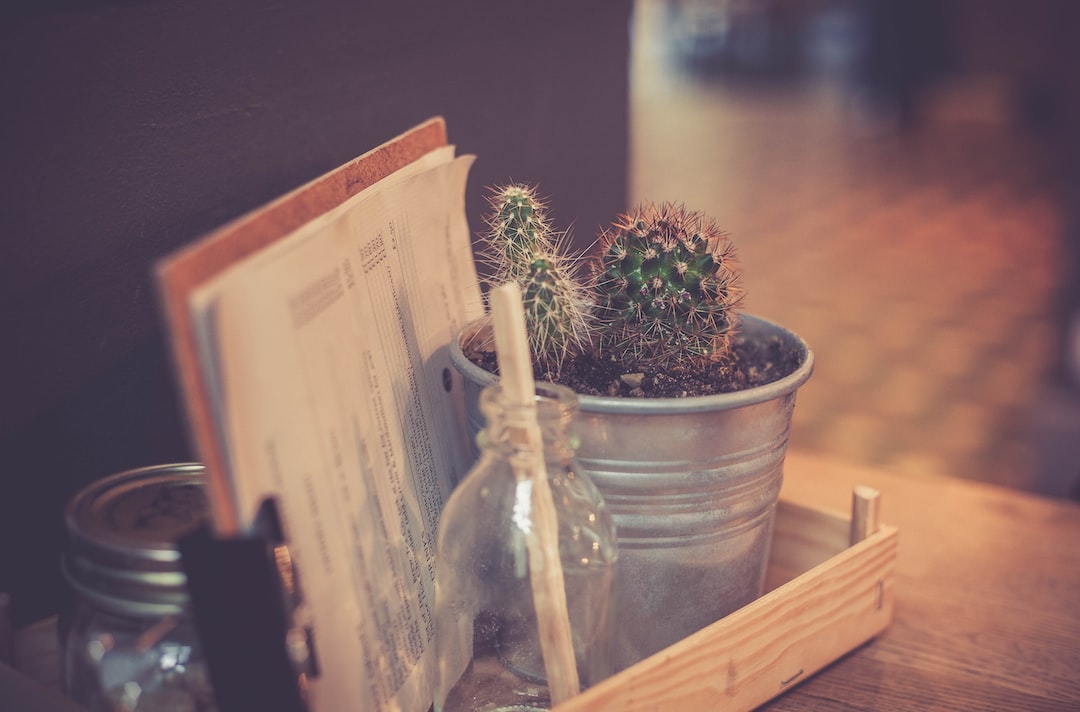 Photo by Nanda Green via Unsplash.

From the author: A trip into the paperwork of death, and what we choose to do when faced with our own options.

No one prepares you for the administrative side of death. There's the old joke about death and taxes, but no one mentioned forms.

No one had told Sandra at least.

One minute she’d been dealing with a customer at the till and now she was sat on the edge of a river before a very sympathetic man with a clipboard.

"There is a choice." He smiled, looking between sheets on his board. "You didn't have any set religion, but you were good to others and helped the world. So you can choose from immediate reincarnation – very tiring – a stay in the Summer Lands, a stay in a heaven of your choosing, enlightenment, or spiritual administration. If it helps, I can tell you what you chose last time."

"Yes - bleed on the brain. Very quick, nothing to be done I'm afraid. If it makes you feel any better the customer survived the shock." His voice was lilting, the ghost of an accent creeping through.

"Thank heavens," Sandra said. She kept touching herself, hands going over her face and her shoulders and arms. She still felt the same. She glanced about, looking over the wide expanse of water glistening like metal in the twilight of this place. It reminded her of family holidays, trips out on the lake.

"It's not uncommon to find familiarity," her kind gentleman said, crouching down so he was closer to her level. He was neat as a pin, a charcoal three-piece suit and bright paisley tie barely touched by the river mud. Sandra thought his hair would probably be curly if you let it out of his little pony tail. She liked that on guys, natural hair was a good look. His skin was a soft brown, lighter than hers but not too far off.

"So are you death?" she asked. "Not quite what I'd imagined. You seem a bit young."

"Oh no! I'm just one of the administrators. We help the newly deceased find their way and record where they went. " He tapped his clipboard.

"You said last time – I don't remember any past lives."

"Not very many do," he said with a conspiratorial wink. She liked his eyes, thick lashes and chestnut irises. She would have been jealous in other circumstances, she'd need coats of mascara to get those.

"That's why we offer to tell you, so you can get different experiences if you want."

"I'm Rus." He offered his free hand and she shook it. He felt as solid as she did.

"And you do this as like a job? Stand on a river bank and talk to dead people?"

"I’m dead too," he said with a laugh. "I wanted to give something back for a while and thought I this would help others."

"Rather than heaven?" Sandra asked.

"Heaven is marvelous and beautiful, as are the Summer Lands," he said. "But people who’ve had violent or traumatic deaths can be disorientated, scared. They need help. If not me then who?"

"It is a bit weird here," she agreed, watching as he stood back up. "I feel like Alice in the books, and I guess mine was one of the nicer ones." She glanced around the river bank, up at the fig purple sky. She thought she could spot twinkles but they vanished as she looked.

"The worst ones arrive still bearing the wounds of their death. They don't always understand, because it was sudden. The children can get scared of the water."

"You have to collect kids?" Sandra shivered, wrapping her arms about herself.

"The ones we find, yes." The clipboard was held close to his chest now, his eyes watching the ripples of the river. Sandra realized you couldn't hear the water, just a light whistle to the wind. It didn’t help.

"There are roughly one hundred and five deaths per minute on the planet Earth. Every minute. That's a lot of souls moving through to this side. Some of them are automatically going to certain places, but the majority have choices to make. There aren’t as many administrators – who wants to work when they’re dead? Each visit takes time; each choice has to be made fairly. We don't find everyone."

"And what happens to the ones you don't find?" Sandra asked, standing to join him.

"Some of them wander into the river, and they get moved along to wherever the universe thinks will be best for them. Some wander the banks until they bump into one of us there for someone else. Some push back through to the other side and become ghosts."

"It's not ideal. However, we give people a choice, and some comfort."

"So you've chosen to do this?"

"Yes." He was still looking out to the water, eyes flicking over the waves. “When I was alive I was an overachiever, a high flyer. I worked hard and played hard and took too many risks. Flew too close to the sun. Everything I achieved melted away. Here I can help.”

Sandra thought she could see little snatches of colour as waves rippled, flashes of green fields and bright sun, the spraying arc of a wave. These glimpses, scenes or memories, were pulled apart as the water moved.

"Sounds a bit thankless," she said, dragging her eyes away.

"No more than having enlightenment and not being able to do anything with it. Or enjoying heaven and then having to go back to Earth." He shrugged. "Anyway, a very kind soul was there for me after my own transition and I wanted to offer that for others."

"Exceedingly," he said with a warm laugh. "I soared up then I plummeted. It was over in the snap of my neck, but the fear lasted."

"Harsh dude." She looked over him, watching his face stay blank. The water before him rippled, an image of harsh sunshine and broad, blue ocean. A flicker of something dark, shadows looming over the water, giant wings shifting and dissolving. He shook his head and the image was lost to the rippling waves.

"Others have had worse. I was grateful for the help," he said.

"So do you work as part of a team or what?" Sandra asked.

"Yes, there's a number of us. I've been here longer than most but we all change eventually."

"So what did I do last time?" She nodded to his clipboard. He looked back to his papers, sliding his finger down the page.

"You went straight into another life. A tiring choice, but you were rather young."

"My apologies, I mean a young soul. You haven't had many cycles, so you haven't had a chance to explore many options. Seems you wanted to get straight back into living on Earth. I must say thirty-five years and an unfortunate, but medically inevitable, death is not a bad outcome for that."

"Glad to know I'm making good choices." She laughed, a bubble of hysteria threatening to close her throat.

"Everyone makes the right choice for them, they're all good choices," Rus said, smiling at her. "And if you don’t want to choose then you can go into the water and it will take you were it thinks is best."

"Some people find it easier to think about what they would recommend to a friend," he offered.

"I'd want them to go to heaven," she said after a few minutes. "But that might not be what's best for me. I might need to grow and get more experience. I might need to meet more people. I don't know what I need. Well, I do, I need milk and my cheese is almost on the way out and I'll have to pick up fruit tomorrow. But I can't do any of that can I?"

The bubble that had been threatening popped without warning and she found herself in tears, hot and ugly on their way down her face. She bundled herself onto his chest, the crying more of a relief than distress.

"I had a life, you know? I had my flat and I was paying the mortgage and I had my own little life. Why can't I have that?"

He put an arm around her shoulder, rubbing up and down her back as she wept.

"Strictly speaking, because your brain flooded with blood and it was too much for your body to handle so it shut down. Philosophically speaking, because we get as long as we get then we have to move on to the next stage. Nothing lasts forever, much as that hurts, and the future is always coming towards us."

"I liked my then," Sandra huffed, a shaky breath going through her.

"And you will like where you go next," he assured her. "A lot of peoples 'then' was awful, but the next part is not so bad. Yours will be even better." She looked over his face for and trace of emotion and only found patience.

"How long did you say you've been doing this?" she asked, tears slowing off.

"Something like that. Are you ready to choose?" he asked.

Sandra bit her lip, stepping back to wipe her hands over her face and through her hair. She couldn’t stay at the river.

"Ok, yeah. I want to go to for enlightenment. You said I was still pretty young, yeah?"

"You have had fewer cycles than most." He nodded, tapping his papers.

"So I'll get some mind expansion and then my next life should be better?"

"The life will be however it is, but your soul will know a bit more peace."

"That sounds better." She laughed properly now, feeling lighter than she had since she'd arrived at the cool shore. He scribbled something down with a pen plucked from nowhere and gave a firm nod.

"That's quite fine then, I've noted that down. If you want to follow the light over in the West you'll find your place."

"Thanks for your help, Rus." Sandra smiled, pecking his cheek and starting off towards what she thought might be moonlight.

Rus watched her stomp away, full of vigor for her new choice. He liked it when they found their own path.

He looked back to his clipboard, his list ever growing as the dead poured in. Charon had been right: you never got a chance to get bored on the river.

Sometimes it was tiring.

He'd never planned on staying as long as he had. He’d thought to go back into the living world, to chase the sun again and not fall this time, chase the dream and reach it. But there were so many newly crossed and so few others who wanted to help. He thought of Charon pulling him up from the water, of his fear of heights and the rush of ocean, his tears over missing his father. Too many came here in fear and desperation. He couldn’t do much, wasn’t a visionary like his dad had been, but he could help this way.

He looked back to his list, spotting a young boy drowned at sea to another capsized boat. Poor thing would be far too afraid of the river to know what to do, Rus supposed. He tucked his clipboard under his arm, setting off down the banks to find the soul. It wouldn't do to leave them alone and scared. Someone should always be there, and while he couldn't do it for everyone he would do what he could.