Deep Into That Darkness Peering 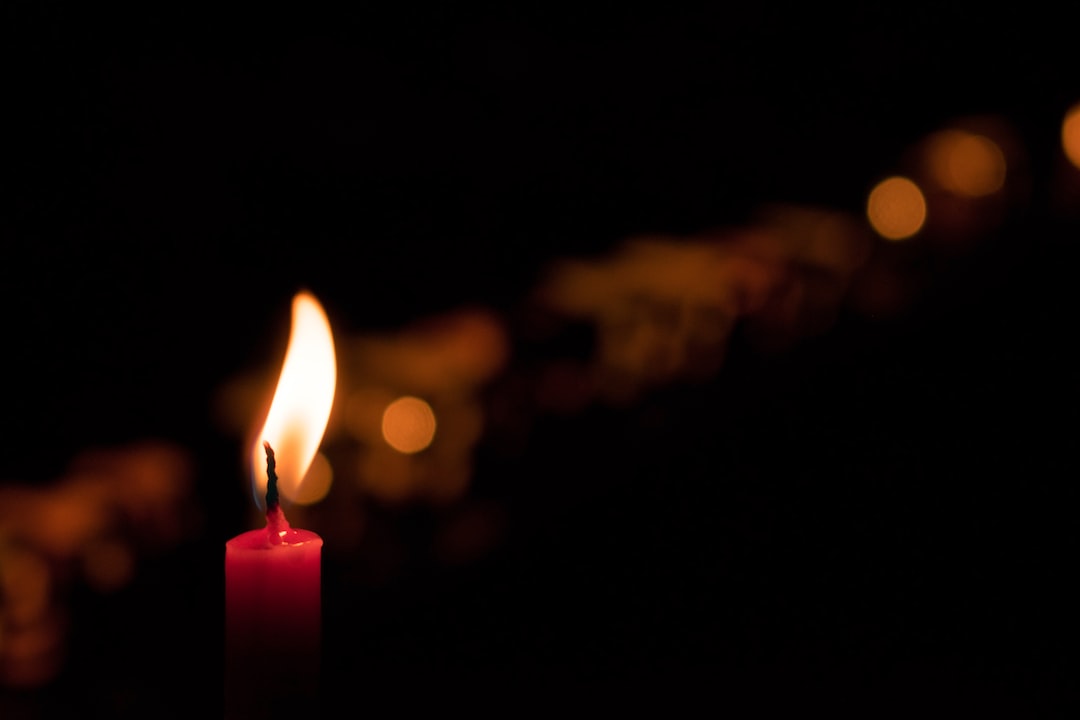 From the author: One night in San Francisco, resentment, ennui, and Amontillado.

Even if Ascher's wit had sparkled, I doubt I could have summoned so much as a titter as we dined in his palatial San Francisco home, the subjects of Goya’s Execution of the Rebels directing their last soundless screams straight in my face as I sipped Ascher's excellent Rose d' Anjou, and bits of roast squab stuck in my throat as gazes of no fewer than three different versions of Saint Sebastian bleeding from their wounds converged upon me. The meal, alas, went on, accompanied by Ascher’s inane recitation of books he had read recently, and this did nothing to put me at my ease. I nodded as he stated that Twain’s and Kipling’s best days were behind them, while Jack London’s had hardly begun, failing even to rise to the effront of his appraisal of Arthur Conan Doyle as a “talentless hack.”

Only a vision of him as a small red-headed boy with a perpetually running nose who followed me, doglike and worshipful, on daily walks to the Lowell School, had kept me from bolting when I spied him on the other side of Market Street - and then he rushed toward me with a happy cry and seized me by the arm and pressed upon me his most insistent invitation to dinner.

He had never done me the least scintilla of harm, certainly none that I could ever remember, not as a studious youth full of admiration for my mental agility, not as the class salutatorian whose speech preceded my valediction, not in the subsequent years when we exchanged hat tips while passing each other in the street; and yet each time I met him, a certain unease prevented me from pursuing companionship with him, and this unease now rose to apprehension no amount of spirits seemed able to soothe.

We ate alone, the servants having apparently been dismissed earlier for I saw none, and with the wine bottle nearly empty I recalled that it was poisoned Rose d’Anjou that nearly did for D’Arthagnan and the Musketeers in Alexandre Dumas’ eponymous book, but then Ascher emptied the dregs into his own glass and drank in in one draught; and I cursed myself for a fool and assayed a smile.

Ascher’s answered by seizing my hand in one of his and yet another bottle, that of Amontillado, in the other, and drawing me into a windowless study, its gloom lit by a single candle just bright enough to keep from stumbling about. He let go of my hand once we were inside, put the bottle on the table near the candle, and lit a pair of candelabra, and as their warm, flickering light extended to the walls I felt a rising tide of chilling apprehension, for on them hung the most extensive collection of tools of death that I had ever seen.

“If only you could see your face,” Ascher said, his grin so wide that candle light sparkled off his teeth. I felt compelled to force a smile in return.

“I hope your servants come back soon,” I said. “We left a mountain of dishes in the dining room; the scraps will be quite high by morning --”

He waved me to silence. “Disposal of offal can wait; it isn’t worth the interruption of our entertainment.” He pointed to a curved pole-axe on the wall behind him. “We have spoken of literature - but if a picture is worth a thousand words, how much greater is the value of a touch?” He closed his hand about its handle. “This, for example,” he continued, “is a giserne, which is the weapon with which Sir Gawain beheaded the Green Knight, in the chivalric romance named after them.”

“How fascinating,” I said.

“Indeed,” he said, oblivious to any signs I may have given of my disquiet. “And this dueling pistol --” he released the axe to point at the wall behind me “-- killed the great Russian poet, Pushkin. You have read Pushkin, have you not?”

“Not in original, of course,” I answered.

For what seemed an eternity Ascher held forth, apparently quite knowledgeably, about the literary mentions of the assorted revolvers, rifles, muskets, arquebuses, carbines, repeaters, shotguns, derringers and flint-locks arrayed behind me, and of the rapiers, halberks, bodkins, dirks, tomahawks and katanas displayed behind his back. With each sip of Amontillado his gestures grew ever more animated as he enlarged upon the weapons' intended uses.

He paused to sip his wine, and as I heard his clock strike five -- five in the morning!--one of the candles guttered and went out, and all at once a change came over Ascher's face. It was not merely darkening with dimming light, nor growing ponderous with fatigue; from one second to the next he seemed to go from friend to fiend, his smile to a bloodless gash, his eyes to barrels of a brace of guns. He stopped his tale of the dueling sword perched some fifteen feet above us, of the kind that pierced Mercutio’s breast in Romeo and Juliet, stood up, drained his glass in one swallow and, with great violence, hurled it into the corner nearest me and issued forth a bark of diabolical laughter.

“But what of Chekhov’s Law?” he said, his voice now low and guttural.

“Fool!” Ascher snarled. “Philistine of no breeding! How you managed to best me-- But I digress. Chekhov’s Law is a canon of Art.” I heard the majuscule in his voice as clearly as I heard malice. “It states that a gun seen hanging on the wall in Act One of a play must always kill someone in Act Three.”

He paused. I trembled where I stood.

“Act Three is now,” he continued, more in a serpentine hiss than a whisper.

He had within his grasp all edged steel weapons behind him, but all the firearms were out of his reach. I spun toward the wall behind me.

“The game’s afoot,” he said before I could touch the derringer toward which I had been reaching. “But do bear with me as I explain the rules, old friend.” The word twisted with mockery, scorn dripping off his tongue. “The gun which you are about to seize is unloaded. So is every other gun. Every gun but one.”

He grinned again, and a rivulet of cold sweat ran down my spine. “Choose wisely,” he rasped. “Aim well. Sight on my heart. Squeeze, don’t pull, the trigger.” He opened his arms as if for an embrace, but then his right continued its arc, reaching back and back and impossibly back, until his hand closed on the hilt of a Turkish yataghan.

He swept it off the wall and spun it in an expert moulinet. Candlelight reflected off its mirror-bright blade both dazzled and mesmerised me.

“And if I live, I’ll kill you.” He brought the yataghan straight down on the longest candle yet lit; two halves flew to the sides. The flame, too, split in twain, an instant before dying.

I drew my hand back.

“Well, I refuse to play,” I said, my tongue barely moving in my mouth. “Will you cut me down in cold blood?”

“I will do no such thing,” said Ascher. “There is a second game, should the first end in a draw.” He blew out another flickering flame, leaving two very short candles to light his visage from below. Not even Satan, at that moment, could have looked more demonic. “It’s called ‘Survival in the Dark.’”

He reached into his jacket pocket with his left hand, drew a box of matches and threw it on the table. It rattled as it rolled, coming to rest like a loaded die, predictably, on its broad side. “In the event you live,” he said, sketching a fencer’s salute in my direction, “it would be impolite to make you stumble about in search of an exit.”

He drank directly from the bottle, then placed it carefully on the table. “Because I always wanted to,” he said. “And it’s my birthday, and my mother is dead, and no one gave me a present, so I must pamper myself.” He blew out the penultimate candle. “Don’t worry,” he said. “I’ll let the last one go out on its own. It has not long to burn.”

I watched, by guttering light, the mad glitter in the pupils of Ascher’s eyes. My heart thundered, blood roaring in my ears. My hands and legs shook till I could stand no more. I reeled, clutching the table, but it seemed to move--the candle died, plunging all in darkness--I shook and tried to brace myself--I felt a great force strike me from the back--How could he have moved so fast behind me?

Another terrific jolt and a crash that seemed to go on forever, and through it I heard a shrill keening like that of a sinner burning in the fires of Hell. Something fell on me--my hand grasped it--it was a gun, a revolver, but I could not see to aim. I waved it about blindly, dropped it to grasp at something, anything, as I lost my balance again--

This time, the very floor seemed to rise up at my feet, a jagged fissure rent the ceiling, scant cold predawn light dazzled my eyes. And with a gasp I pushed away as I saw Ascher standing eye to eye before me.

Standing, yes, but hardly poised to strike: for from his collar protruded the Italian spada, the sword that topped Ascher’s macabre collection. Its basket hilt perched on his shoulder like a second head while its tip affixed him to the oaken table. Blood ran down the weapon’s blade protruding from his chest, and another rivulet trickled from his mouth: two scarlet blots swelling on the linen tablecloth.

A great wash of relief came over me then. Whether the ground quaked again, or my legs buckled of their own accord, I found myself kneeling, staring up at Ascher’s pale, contorted face.

With the last vestige of life he turned his head and fixed his gaze on me. There was a cold light in it, a dying spark of unholy mirth.

With that, the malevolent glow in his eyes went out. He slumped, the blade bending under his weight. The floor groaned once again and gave another lurch; the blade snapped with a soft, almost musical sound, and Ascher’s body fell from sight.

I groped my way back from the now roofless study to what remained of the dining room, crawled between the broken timbers and exited through the gaping hole that once had been a window. All around me San Francisco lay in ruins, the first of the fires springing up as men and women and dogs ran about in mindless confusion.

As I stared aghast, with an awful crash the fissure widened; and as the walls fell in upon the house of Ascher, I breathed a great sigh of relief. A gust of wind parted the clouds of dust and smoke, and through them I glimpsed the bell-tower of Saint Mary’s Church, still standing among the devastation.

I turned and walked toward this stalwart house of worship, past bleeding, crying, grieving people, past ruined homes and burning edifices, down streets strewn with fragments of lives destroyed. Saint Mary’s was a Popish church, but I could think of nothing I desired more than to kneel within its hallowed precincts and thank Providence for sending me this most welcome, most merciful, most Divine deliverance.

This story originally appeared in Hides the Dark Tower anthology.