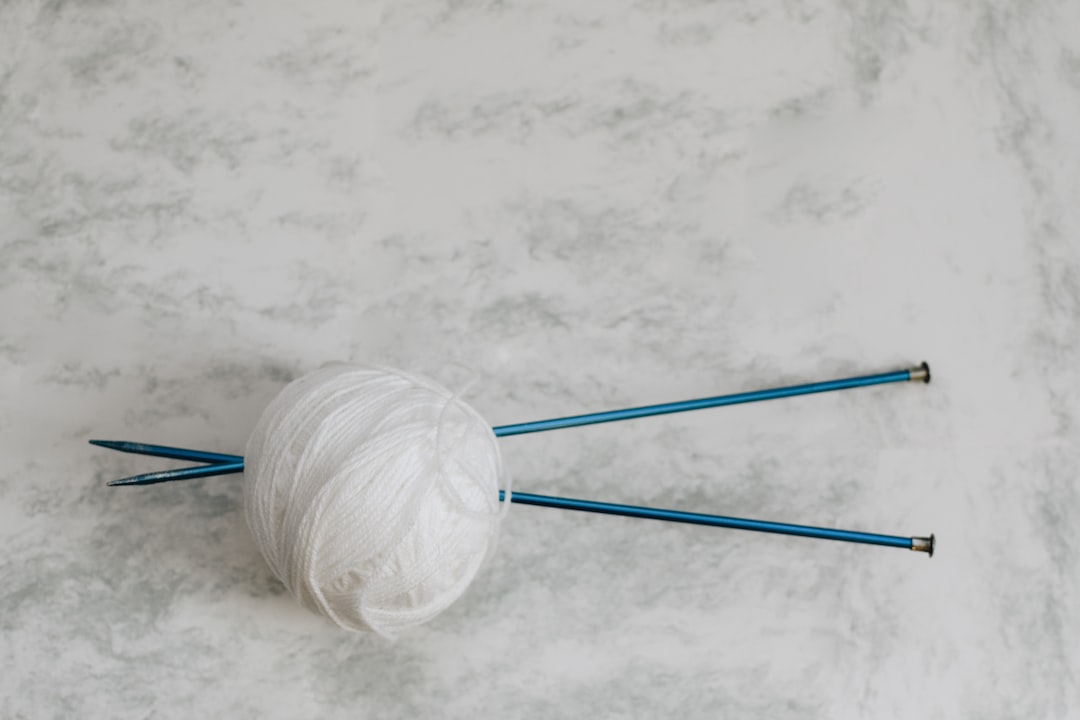 From the author: A group of church ladies has a tough decision to make when they accidentally open a portal through time.

None of it would've happened if Jane had known how to pick up a dropped stitch, and that's exactly I told Pastor when he popped in to investigate the peculiar noises coming from the Fellowship Hall.

But he asked me, as head of the Martha Society, to write a blurb for the bulletin explaining the damage, so here goes.

Tuesday, Beverly brought her niece — the plain one, not the former Miss Minnesota — to knit scarves for the Alaskan orphanage. It was Jane's first time at Martha Society, so we tried to make her feel welcome, even though she didn't know a garter stitch from a moss stitch. Margie loaned her knitting needles, Bonnie offered some yarn, and Irene showed her how to cast on.

That was our first mistake. Everyone knows Irene uses the English method; everyone else here uses the German. No wonder Jane dropped the stitch and opened up an interdimensional wormhole.

We were all discussing the congregation's upcoming 150th anniversary when a gaping hole opened right where Jane had dropped her stitch, with a gust of wind as loud as Revelation's trumpets. To be honest, that's what we thought it was. Betty fell to her knees, and Rhonda started confessing all sorts of things I won't repeat here because that's between her and her Savior.

It wasn't until Beverly leaned in too far and tumbled headfirst into the hole that we realized what we'd created. We all peered in and there she was, standing in the church sanctuary and listening to the sermon of the man who'd been pastor there 150 years ago.

We hauled her out and then the debate really began.

Margie wanted to witness the crucifixion, but we told her that was morbid and really, wouldn't the gospel writers have mentioned if a bunch of pale-skinned women wearing bifocals and cardigans had shown up on Golgotha that day?

Bonnie had always wanted to see Babylon's hanging gardens, but I had no desire to get thrown into a fiery furnace with Shadrach, Meshach, and whatever-the-third-guy's-name-was. Everyone else agreed.

Irene wanted to see Christ calm the storm and insisted we'd be fine because the sea's so salty you can't sink, until Betty pointed out that the storm was on the sea of Galilee, and Irene was thinking of the Dead Sea. Besides, just because it's salty doesn't mean you can't drown in a storm or get eaten by a shark, and that opened a whole new debate about whether sharks could live in the Dead Sea. (They can't, but that's irrelevant.)

Most of us were too preoccupied to notice the effect our discussion was having on the wormhole. Each time someone piped in with their own idea about where to go, the hole on Jane's knitting needles pulsed and shivered, changing to the event mentioned, be it the belly of Jonah's whale or the dung-scented insides of Noah's ark. Each new idea caused its swirling edges to warp, and the wind grew so intense that those of us sitting closest to Jane had to discreetly scoot our chairs away so as not to muss up our hairdos.

By the time we'd formed the Interdimensional Research Subcommittee (Margie couldn't stop laughing: "We're the IRS!") and narrowed down our top three trip choices (the feeding of the 5000, David's fight with Goliath, and the seventh day of creation), the hole was spinning so violently and whirring so loudly it was like listening to Gladys pump out the Hallelujah chorus on the organ Easter morning.

"It's unstable," Jane shouted over the wormhole, her hands still positioned (incorrectly) on the knitting needles.

"The stable!" Rhonda shouted. "We didn't vote on the nativity stable!"

The wormhole crackled with electricity, and from somewhere deep within it came the sound of cattle lowing and the cry of a newborn child that made everyone stop knitting mid-stitch and listen.

All might have been fine if Pastor hadn't poked his head in just then, asking what was going on in here, the apocalypse? And, well, it seems the Second Coming was simply too much for the wormhole to handle. There was a giant bang! and the next thing we knew, Jane, Pastor, and the entire Martha Society were thrown out on our behinds into the narthex, leaving nothing behind of the wormhole or the Fellowship Hall except a giant crater, two knitting needles, and a singed piece of yarn.

And that, fellow members of St. Paul's, is how our Fellowship Hall got sucked through time and space and why today's potluck will be held in the basement instead.