When the Harlequin Dances 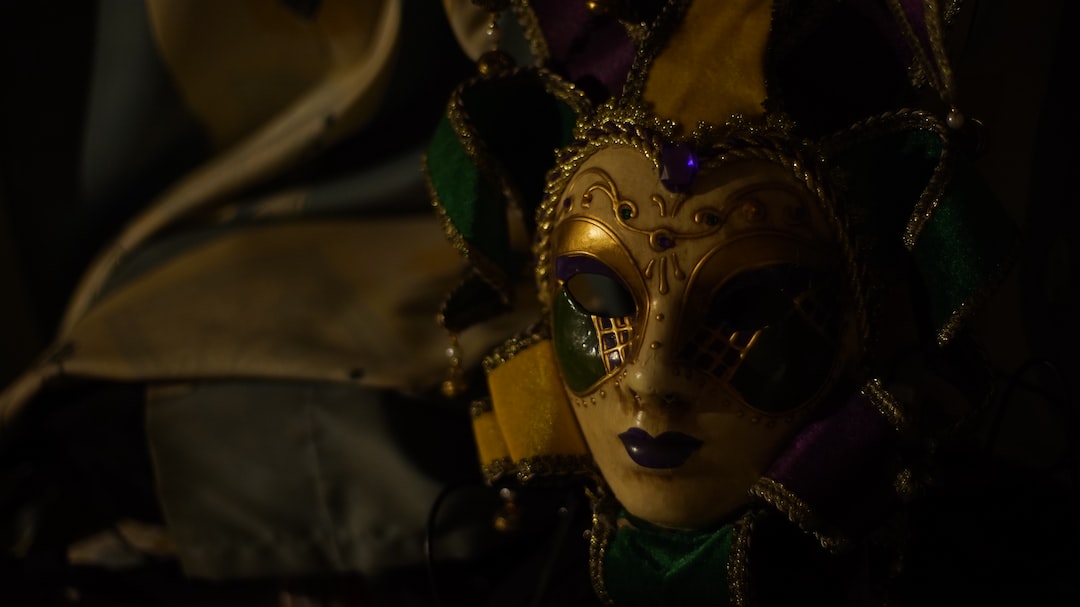 Photo by Poojitha Prasad via Unsplash.

From the author: Zanni attends the carnival, against the wishes of Master Vallari. Is it true that they cut out the Harlequin's heart?

The bells rang out over the city. They sounded mournful, at odds with the carnival brightness in the streets below me.

I was perched on the ledge halfway up the Azielto Tower, watching as the city folk thronged through the streets to find the best spot to see the Harlequin Parade. A better view could be had from higher up the tower, but to go any closer while the bells rang was to risk deafness. And madness, so the stories said.

Master Vallari had never let me go to the parade. He said it was an abomination, a leftover superstition from our great city's heathen past. That didn't stop him ringing the bells, though. That was what we did, in the tower. Tended the bells, maintained the building, and rang out the clarions of the Feast Days and Parade Days. I'd never minded missing out before, the view from the tower was much better than any on the streets.

In the distance I could just make out the bright shape of the Harlequin as he came down from the palace, just as Prince Costano, the first Harlequin, had done. The city had been taken in war, and he'd fled from his enemies disguised in a motley of green and white. Every year a new Harlequin recreated his flight, and I didn't need to be close to know he'd back-flip and cartwheel down the street. I doubted the prince had thrown sweets to the children though.

Alleandro, Master Vallari's other apprentice had seen the parade up close. Last year he'd crept away while our master was busy with the bells. He'd come back laden with treats, talking it up like he always did. When he'd passed me a handful of sweets a scrap of red cloth had fallen from his pocket. He'd tried to hide it but I saw it all the same.

"Nothing." He rounded on me, his different-coloured eyes glittering. "It's nothing. If you tell anyone about it there'll be trouble."

"I won't tell! But is it true, what Master Vallari says? Do they really cut out the Harlequin's heart?" That's what had happened to Prince Costano, when his enemies caught him at the steps of the cathedral. "Visenti says they used to, but that now it's just a pig's heart they show to the crowd."

Alleandro stared at me. "A pig's heart," he repeated slowly. "Of course it's a pig's heart, Zanni." Then he shook himself. "Remember what you said--if you tell Master Vallari, I'll beat you!"

In the end it was Alleandro who was beaten. Our master had found out from a friend of a friend, who had seen him there. I'd heard the shouting and the blows from my bed in the cellar, and had put my fingers in my ears to drown them out. In the morning I'd pretended not to notice my friend's bruises.

Alleandro had been subdued for a while, and then bounced back with his usual cheer. The lesson didn't seem to have done any good--he had gone missing again, two days ago before Master Vallari had a chance to stop him. He was probably already in the crowd, running along with the street children he'd told me about last year. The smell of roasted meat and hot bread from the street vendors drifted up to me on the breeze, and I thought I heard the shouts of the watchers. Then the breeze shifted and left me alone again, with nothing but the bells for company.

That decided me. If Alleandro was brave enough to risk a beating to see the Parade then so was I. The route was clearly mapped out on the city below me, lined with people dressed in festival brightness. It took a moment to work out the best route to intercept the Harlequin. Then I climbed back inside the coolness of the tower. Master Vallari was still busy with the bells, so I abandoned caution and ran down the staircase to street level, and disappeared into the maze of alleyways.

I came out at my chosen spot just in time to see the Harlequin retreat around a corner. Further up the street four men, huge and faceless in their black robes, pursued him. They loomed over the crowd, brandishing curved knives and throwing them to each other. It was like a dance. The crowd jeered and booed: the noise was louder than I'd expected, almost loud enough to drown out the bells. I turned tail and ran back into the alleys to try again.

Three more times the Harlequin eluded me. The first time I almost made it, but was jostled away by older boys. All I saw was a flash of the Harlequin's pale porcelain mask as he turned a cartwheel and was gone. The second time I was showered with a handful of sweets that sparkled red and yellow in the light. The other children dived on them like pigeons on grain, and I couldn't follow the Harlequin without trampling them.

The third time, I dropped to my hands and knees and crawled between the legs of the crowd. Greasy fragments of meat and crushed sweets littered the ground and left me with sticky fingers. I straightened just in time to see the Harlequin stop right in front of me. The robed men were gaining. He made a pushing-away gesture at me, which turned into a one-handed cartwheel that took him safely out of reach. One of his pursuers paused to wave his knife at me. I stuck out my tongue and crossed my eyes until he was gone.

Then the Harlequin came to the steps of the cathedral. The black-robed men spread out and came at him from all sides. Two of them caught his arms. Lithe as a cat he bounced into the air, flipped, and was free of them. I found myself laughing and cheering him on, even though I knew how the story ended. Back and forth they chased him, better than any farce in the theatre, cutting him off as he feinted left and right. They closed on the Harlequin, herded him towards the top of the steps, and then they had him.

The city folk cried out in anger as the Harlequin was subdued onto the steps. One of the men raised a knife. I gasped along with the others as it flashed down. Then the men's bodies formed a screen to shield the Harlequin from the crowd. When they stepped away one of them held aloft a heart, which he wrapped in red cloth and placed reverently on the Harlequin's chest as he lay motionless on the steps.

The angry cries grew in volume and fury. When the people of the city had seen their prince murdered they had retaliated. It had spurred an uprising and the city had never been taken since, the reason why we enacted the ritual of the Parade every year. The black-robed men faded away towards the streets and the crowd went after them. They wouldn't be caught though: they never were.

I turned to go. I had no desire to spend the afternoon chasing shadows, and in any case Master Vallari would miss me if I stayed. After all the fuss it had been a bit of an anti-climax. I hadn't found Alleandro, or even managed to get any sweets. And now it was over, just like that.

The Harlequin moved. He sat up with one hand clutching the red cloth to his chest. Slowly, as if tired, he staggered to his feet. The mask turned to survey the square as he swayed from side to side. There were only a handful of people left: cleaners, vendors, and the last drifting remnants of the crowd.

I felt a shiver up my spine as his free hand pointed at me and he stumbled a few steps forward. I found myself coming to meet him. His weary gaze fixed on me and I gasped as I saw he had one brown and one blue eye.

He gave me a bow that almost sent him to his knees. I wondered when he'd had the time to learn to cartwheel and back-flip. Then he took his hand from his chest and I took a step backwards.

They really had cut out his heart. The tatters of his motley fluttered like ribbons around the ruin of his chest, all white ribs poking out of red raw flesh. He cupped the bundle of red cloth in his hand like a kitten and unwrapped the heart. I thought I could see it beating.

Alleandro didn't answer--the Harlequin was mute. The porcelain mask remained impassive and I saw nothing in his eyes that belonged to my friend. He held his hands out in front of him and carefully folded up the corners of the cloth once more. Then he offered it to me.

There was no way to refuse. The heart settled into my hands. The Harlequin pressed them to my chest and I felt its bird-wing flutter before it went still. The cloth collapsed against my fingers.

The Harlequin teetered backwards and toppled like a tree. Two black-robed men seemed to come from nowhere. They bowed deeply to me and then took Alleandro under the arms and dragged him up the steps, with his heels bumping against the ground like something in a play.

When they were gone I looked down at the empty fold of cloth in my hands, and wondered what I was going to tell Master Vallari.