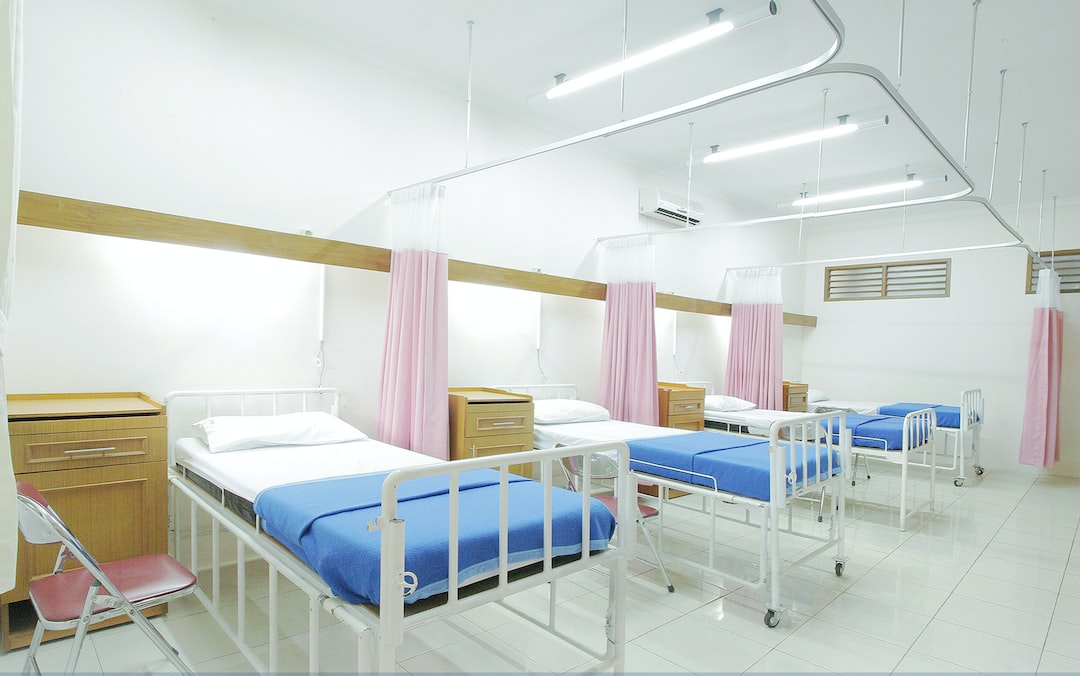 Photo by Adhy Savala via Unsplash.

From the author: The magnificent short story writer, Bruce Holland Rogers, said that he wrote his award-winning tale, "The Dead Boy at Your Window," from a writing prompt. The prompt was, "Begin a story with a lie." I used that prompt for this short, apocalyptic piece.

Bri told me the lift ships to Terra Station took off Tuesday and Friday mornings from Campbell Field.  They made the cabin look like an old-time luxury liner, like a zeppelin crossing the Atlantic, with wooden wainscoting and brass fittings.  She said stewards in white jackets and white gloves served champagne in souvenir flutes engraved with your takeoff date.

The ship held five-hundred colonists, chosen by an international lottery, but because separating loved ones was cruel, the lucky could choose three people to go with them.  It could be family members or friends.  Lottery winners had all debts paid, and if their leaving deprived a family of income, the corporation provided absentee pensions to prevent suffering.

Much of the ship’s hull became transparent during the flight so passengers could see the flame that enveloped them at takeoff, and then the ground receding so fast that before they knew it, the sky grew dark and the horizon curved.  What a joy, she said, to discover for yourself Earth’s true size.  In one way, the Earth was huge.  The continents and oceans unrolled beneath you.  Day became night and cities glowed like Christmas lights. The size, the grandeur, startled you and filled you with joy.  At the same time, you saw Earth all at once, a blue and white marble, a falling soccer ball, a crystal sphere that shrank as the ship rose to its high orbit.  That tiny planet held humanity, held within its history all that had happened to man, and if you raised your fist, you could eclipse it, the Earth was so small.

I told Bri that doctors had found cures for human suffering.  While I traveled to the stars, diseases were being eliminated.  Accurate genetic testing guaranteed medicines custom tailored.  Cancers, of course, would vanish first, followed closely by communicable disease and inherited conditions.  Finally, they would remake the deformed.  The lame would walk, the deaf would hear, and the blind would paint new glories.

Bri’s lungs would inhale fully and suck in flowers and mountains and summer storms.  She’d stand from her wheelchair.  When I returned, I’d put my hand in the small of her back and twirl with her on the dance floor.  She would tell me about Earth’s advances.  Not in the whispery, painful way she spoke now, but with a full voice.  She’d laugh and not cough.  She’d learn to sing.

She held my hand and told me about Zeti Prime, the Earth-like planet orbiting Zeti Reticuli.  Oceans lapped silver beaches circling tropical islands.  Lizard-birds nested in the blue trees, and at dusk took off as one.  She said they filled the sky, then swept low over the waves, hunting the tentacled fish.  Zeti Prime enjoyed a lighter gravity.  Colonists reported the spring in their step lasted for months before they grew used to it.  Zeti Reticuli’s light healed depression and it didn’t promote carcinomas.  Crops grown there contained more nutrients and vitamins.  No one on Zeti Reticuli had died of old age yet.  Colonies were small.  Wherever you walked, in a few minutes you would be in the frontier.  Rivers, mountains and lakes were yet unnamed.

Hike twenty miles, she said, throw seeds on the ground, then stand back.

Will there be a stream there?

You’ll go to a golden hospital on a hill, I said, where the nurses speak seven languages and have studied under the greatest doctors in the world.  The medicine there is so powerful that healthy people are cured.  Each doctor controls a ward where their breakthrough treatments are miraculous daily.  The hospital’s chaplain only leads services of praise.  He never comforts the grieving; there is no grief there.

I have your ticket to Terra Station, she said.

Bri reached into her pajama pocket, the skin on the back of her hand as thin as tissue.  She took two tries before she brought out the paper slip.  Her bald head rested on my shoulder.  Her ribs and backbone pressed against my arm.  She closed her eyes.

Around us, other patients lay on cots.  Some coughed.  Some cried.  No one comforted them.  Light came through grimy windows.  The air didn’t move.  At one end, a net still dangled from the basketball rim, but the backboard above us had been broken long ago.  They told us there would be medical trucks coming every afternoon, but they didn’t come yesterday or the day before.  I gave Bri a sip of water.

Bri said, what is the hospital’s name, the golden one on the hill?

I bent close to hear her.

That’s funny, that your name is on it.

No, today is your flight.  You won the lottery.

Of course.  I kissed her on the forehead.  They’ll move you to Grace Taylor Hope.  I’ll find you there.

I’ll be better before then.

I walked in the middle of the street because bricks strewed the sidewalk.  Trash filled the alleys.  At University Blvd., a burned out bus on its side blocked the path.  Inside, dogs growled as they fought over a hunk of meat.  I didn’t want to know what kind.  The city smelled of scummy water and burning tires.

At Veteran’s Park, I checked out rubber gloves from the foreman.  They didn’t put the bodies in bags anymore.  There were too many.  I took a girl wearing a yellow sweater from the back of a flatbed truck, put her in a wheelbarrow and pushed her up the ramp overlooking the pit.  She rolled twenty feet before she stopped against the dead at the bottom.

The sun set.  Diesel generators ran the lights.  When one truck emptied, another took its place.  At the pit’s far end, an earth mover pushed dirt over the bodies.  Tomorrow, we’d move to Denver University’s practice fields.

My arms ached until finally I stopped under one of the angrily buzzing lights, and pulled the paper from my pocket.  One edge was ragged.  Maybe Bri tore it out of a book.  Barely legible in pencil, it read TICKET FOR ONE TO ZETI PRIME.

Beyond the arcing whiteness, the city was dark.  A fire burned to the west, too far away to worry about.  Supply ships to Terra Station run every day, Bri had told me.  They ride on flaming fingers to the stars, and sound like God clearing his throat.  Look for them, she said.

But I looked for Grace Taylor Hope instead, the hospital on the hill.  It’s out there.  They have a bed for Bri.  Even now, they are picking her up.  She’ll ride in an ambulance on silk pillows.  A steward in a white jacket with white gloves will offer her a soothing tea, and the driver will miss every bump in the road.

I put the ticket back in my pocket.  Tomorrow things will be better.  Tomorrow Bri will be strong.  Tomorrow the world will turn around.  She told me so.

I have a ticket to the stars.