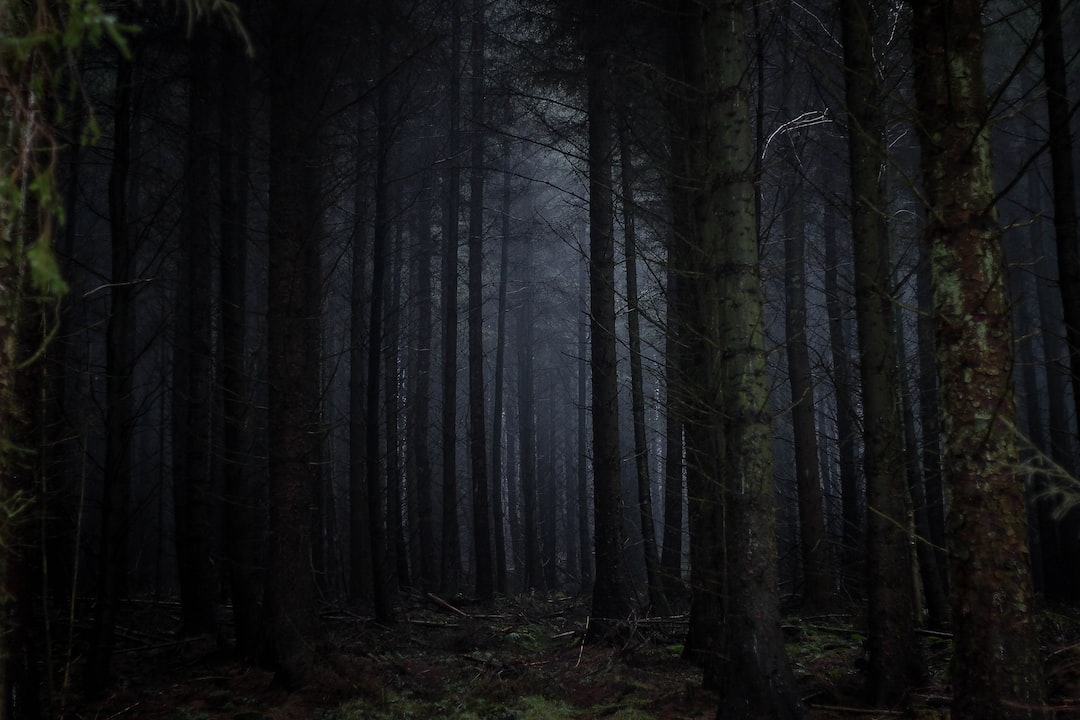 Photo by Rosie Fraser via Unsplash.

From the author: What do you do when the wheels of power ignore your plight? Find a way around the wheels, or break them. This story takes inspiration from a few different folklore areas and was originally written as an experiment in side kick stories, which I am not too well versed in.

She came back from the mountain with eyes the colour of blood, and a streak of white in her hair that wasn’t there before.

“They’ll call you a witch,” I said, removing my scarf and wrapping it over her head to cover that snowy streak. In the autumn sun it looked a little odd, but better that than she be spotted immediately.

“Let them try,” she said with a bark of a laugh. “I know what’s been happening now. I’ll meet any who come with what they deserve.” She crackled with energy, her willow frame tense as a lynx.

“What happened, up there?” I asked, nodding to the dark body of rock. I hadn’t dared go with her, I couldn’t make myself walk up that forest path without thinking of us being gone too.

“I met with someone very old, who knows much. I asked for help and she gave me the tools to do something myself.” She held up her hand as she spoke, a glimmer of purple fire running from the edge of her fingers.

“No, it’s not. It’s from nature, from someone who has been with the mountain since it was just a hill. You remember the stories, Olga, the old women of the woods.”

“They were legends, fire stories.”

“They were, because they were wrong. The old women are much older than we were told, as old as the forest itself. They’re still here, they’re still watching over us.”

“Then why don’t they do anything?” I asked, tears stinging the edges of my eyes. I blinked them back, swallowing down the lump stopping my breath.

“Because we don’t invite them in to do it,” Justina said, grabbing my hands, “But I have. I’ve said I'll lead the way. Stay with me, help me right this.” She stared at me, my face a pale blob in the crimson of her eye. Of course I would help her. Always. I nodded, unable to make words come out. Those were witches eyes, sure as anything, the minister had warned us of such.

So what if this was damnation? None of our prayers had worked so far, and God felt a long way off in a golden church that wouldn’t help the poor. I grasped her hand back and nodded more, wiping away the tears that escaped.

The girls were being taken for sex. It hurt my heart to hear it, but Justina told me everything that had been shared with her: the old women bound to the caves and rivers, their eyes seeing the horrors that snuck out when no one else was watching. Men were capturing them, taking them off to larger towns and selling them as wives or kept women. Few would escape, if any, and those that would couldn’t face returning home to the shame of what was done.

The police knew, told the men when they would be able to find fresh souls to pack off, and Justina had a plan to see this stopped.

“We’ll catch them when they’re sharing the money,” she told me, one dark evening when we sat by her fire. “They’ll all be there for that, and I’ll put a stop to it.”

“How?” I asked, banking the fire and watching her toy with the purple flame between her fingers.

“You’ll see. I want you to gather all the girls at the centre of the town, in the square.”

“They’ll never do that.”

“They will if you ask them to, Olga, they trust you. More than they trust me.”

“They trust you fine, you just spook them a little. You did before they knew about you slipping off to the mountain. If I say it's for you they’ll do it.”

“Do as you think best,” she said, braiding her hair round, close to her skull, before tugging me down to braid mine in turn. “I trust you to do it.”

And that promise was how I wound up in the town square, surrounded by the girls I knew from school, from the market, from church. Everyone from my age down to the youngest ones, still chubby faced and hair in pigtails, stood in the evenings purple light.

“Will this really stop the missing ones?” one woman, Dorota who taught at the school, asked me in a low murmur.

“Justina says it will. I trust her.”

“I do too.” Dorota nodded, scooping one of the smaller children up and plopping her at her hip.

“Ladies, what is this?” The voice of the police chief, Lazlo, rang out, a portly man with a mustache that didn’t suit him.

“We’re waiting for Justina,” I said, crossing my arms and tilting my chin up at him.

“And what then?” He moved towards me, his hat adding a few inches to his build, leaning in.

“I hope you aren’t up to anything you shouldn’t be, such pretty things should be at home planning for good news.”

“There’s a lot less of us at home now, Chief,” Dorota said, frowning at him. “We’re losing children, as well as the young women.”

“We have investigations into all of that already, Dorota, they've run away.” He said it with finality, like there was no other explanation.

“Bullshit.” I said it before I knew it was on my tongue, before I could swallow it down. “Little girls don’t run away into the forest, not this many, this often. There’s something wrong happening, and you know it.”

“That’s stupid talk, Olga, I’ll not listen to it,” he said, leaning in to me and wagging a finger at my face. “You get home now, I don’t want to have to get the boys to escort you.”

“I’ll do no such thing, we’re waiting for Justina.”

“You’ll go, now, or I’ll have you all arrested and your husbands can come and bail you out. Those that have them.”

“Why don’t you bail us with the money you’re taking?” I spat, anger flooding me.

“Don't speak about things you don't know,” he growled, grabbing my upper arm, “I’ll see how quick you are to run your mouth off in the cells.”

“Get your hands off of her,” came ringing out around the square, Justina’s voice echoing around us. There was a sound behind her, like a train running on tracks, and I turned my head looking for her.

I was greeted by the sight of her charging through the road on the back of a stag, both flooded in the purple fire I had seen her playing with. The stag reared up before us, kicking one hoof into the Lazlo’s chest and sending him back to the edge of the crowd.

“What the hell is that?” he roared, a hand going to where he was struck.

“That is the old ones, the women of the forest, and if you so much as lay a hand on another one of these girls I will use it to burn the eyes out of your sockets, Lozlo, do you understand?” Justina shouted, springing down from her mount and stalking towards him.

“You don’t have a clue what you're messing with, when my colleagues arrive you won’t know what hit you,” Lazlo spat, backing up from Justina’s advancing form.

“What?” Well that had flummoxed him, his eyebrows went up like fireworks.

“They’re not coming,” she repeated, stepping up closer and hemming him in, “Because the forest has eaten them up. Like they snatched up every girl they could find, sold them off to be brides or worse.” She was shouting now, the fire leaping up from her hair and arms in an arc around us, looping over each woman. It was warm but it didn’t burn, the heat like sunlight in summer. “We have seen every one of these women and we will protect every one of them from the filth and greed of petty, vicious men like you!”

The voice wasn’t her own anymore; it was some ancient, growling thing that resonated through all of us, curling and pushing like the flames that jumped higher still. Lazlo shrank back from her, wincing as the flames licked close to his face.

“I don’t know what you’re talking about,” he wailed and she surged forward, gripping his face in one hand.

“Liar,” she shouted and he screamed like an animal in pain, wrenching his head to try and escape her grip. “Lazlo Toth I will come for you in the night if you so much as think about doing this again.” She let go of his face and we could see the hand print she had left, red and shiny as a new burn.

“I won’t,” he said, cradling his cheek against his shoulder.

“Good. Each one here is known by me and known by the forest. I will see to it that any new women in the town are known as well. Go back to your office, tell your men the choices you've made, and let the women be.”

Lazlo retreated off from the crowd, scuttling into the police station and slamming the door. The fire died down, whisking away in the dying light of the sunset.

“They’ll come for you, Justina,” Dorota said, moving forward to grasp her shoulders. “He’ll not tolerate that injury.”

“Let them come,” I said, looping my arm around Justina’s waist and hugging her close to my side. “I’d watch her burn them up as soon as they touched her.”

“Was it really the witches that gave you that magic?” the girl on Dorota’s hip asked, reaching out to grasp at Justina’s hair.

“It was, and they’re not as nasty as the stories would tell you,” Justina said, leaning her head so she could be pet. “They've protected here for a long time. I’ll make sure that we have their power as you grow up, all of us.”

“What will we do when they come back?” I whispered, watching the women file out of the square. “They’ll look for the ones the forest ate.”

“Then the forest will eat them to,” she promised, looking over to me and resting a hand on my arm. “I’ll make sure of it.”