Of Mirrors and Music 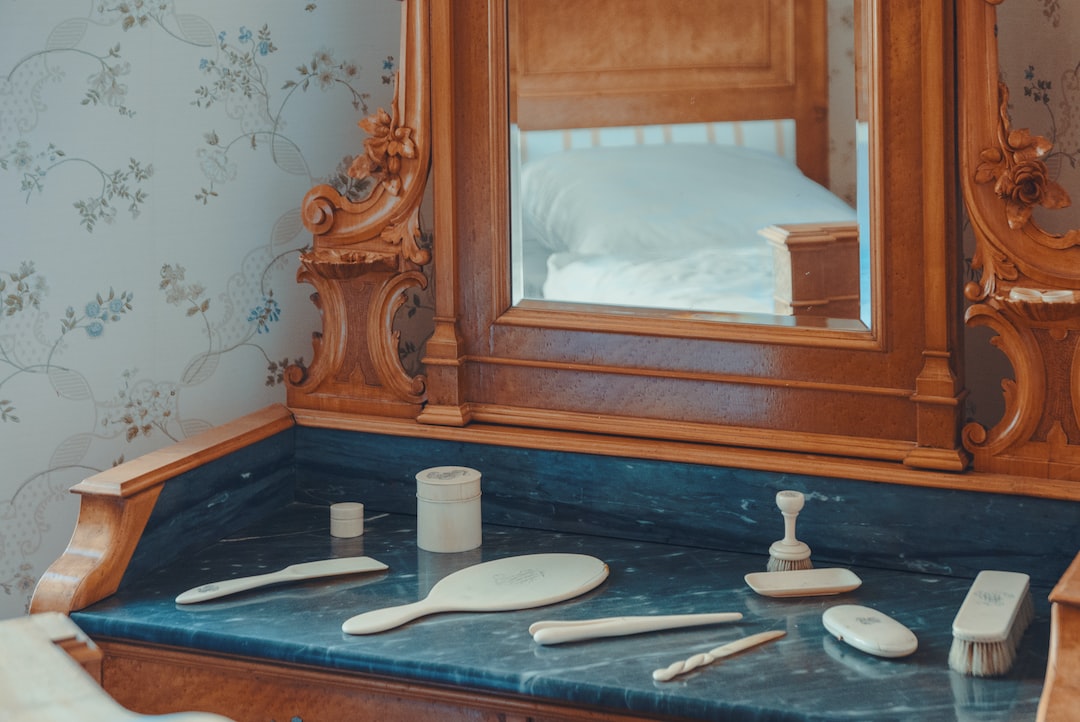 From the author: A story of moving on and not moving on, and rubbish exes. Originally featured in Silk+Smoke vol 1, a brilliant Scottish zine I highly recommend you check out - https://silkandsmokemag.com/

The writing started when Daniel moved out.  I got out of the shower to see ‘good riddance’ scrawled on the vintage mirror I had hanging over the radiator, the words squeezed into the oval glass. At first I thought it was some sort of sick joke, a last twisted love note from that utter pillock of a boy, and wiped it off with the towel I had round my hair.

But then it started to change.

It was obviously done in finger, as you would with a mirror, but the letters were a bit wonky, skewed as if the person was out of practice. The messages were simple enough – ‘need shampoo’, ‘left towel out’, ‘more radio’, ‘cold today’. They made me smile in a morning, once I’d settled my mind that there wasn’t someone peeking into my bathroom while I showered. I don’t care what the movies tell you, there is nothing romantic about peeping Tom’s leaving you mirror messages. But the bathroom was secure, and whatever was leaving me messages was seemingly more concerned with things staying neat and stocked than creeping round my shower curtain, so I went with it.

I started to write back occasionally. ‘Thank you’ and ‘sunny outside’ and ‘which station?’ Silly things, the daft actions of a woman who has just left a relationship and is stretching her wings again. I certainly needed that after what a horrid end we’d had. It didn’t mean anything. It wasn’t important that I liked my mirror guest, or that I wondered if my mirror had been up in their home before I found it gathering dust at a local Home Aid.

One night, when I was indulging in a bath, and I’d gone all out with candles lit and a glass of wine and smooth jazz crooning out of the radio, I thought I saw someone in the glass. The mirror itself is actually three mirrors: one large, oval centre piece with two smaller ones flanking each side, and ornate metal work spreading out around them all line ivy vines snaking around a house. I was lounging in my bubbles and contemplating what I had to do next week – book travel for my next show, chase the accountant, finish off that application for funding – when I heard a soft tapping. Sitting up and turning my head I saw the words appearing on my mirror, ‘more of this, please’, and caught the reflection of someone in the left side, smaller mirror. She was pale, frowning in concentration, with messy dark hair and the impression of lips pouting forward while she did it. I couldn’t see her eyes properly but they weren’t glowing red or anything, and I sat back in the water. I’d known she was a she, somehow, but it was nice to put a blurry face to the message. And now I knew she liked jazz music.

I began leaving CDs out on my kitchen counter, along with a note on the mirror to let her know,  and played whichever was sorted onto the top of the stack when I came home. I told her when I was going away for business and how long I would be off for. I brought back postcards of each new city, views over sweeping buildings and interesting bits of art I spotted while I was looking at gallery space. Where was the fun in being self-employed if I couldn’t indulge a little? They were pinned on the fridge with magnets and left to her sorting pleasure.

I liked having my undead roommate. The flat became ours rather than just mine, new items trickling in from my visits and arranged by her. She had a good eye for colour and kept the place in some semblance of neatness, notes left on the mirror about things she couldn’t do herself.

I only felt her once. I was just out of the shower, in my robe and humming to myself as Sinatra played away, when the front door slammed. It gave me a fright, no one else was due and I wasn’t expecting a delivery, so I havered at the bathroom door.

“Sarah! Where are you, you dumb cow!” I recognised the voice of course, Daniel, and I knew by the slur of his words he was drunk. Great. I squared my shoulders and made to march out and confront him when I saw him stomping up the corridor, a large knife in his hand. “I’m going to teach you a lesson for treating me like some piece of rubbish you can just throw away when you’re done with it,” he said, sneering at me.

“Daniel, you don’t want to do anything you’ll regret in the morning,” I said, holding my hands up and stepping back into the warm room.

“That I’ll regret? I only regret letting you waste my time. Three years down the drain and you go off like it’s nothing! Like you’ve just moved on and I didn’t mean anything. No, I’m going to give you a permanent reminder of me, I’m going to make sure everyone knows that you were mine.” He was stalking forward, knocking down my plants and paintings, staggering with it. I wondered, briefly, if I could dash past him but he planted one hand on the wall and held the knife up in the other, giggling to himself. Joy.

He staggered forward, snarling, and I lunged for the door handle. He got there first, swinging the knife down at my arm and I yelped as I leapt back. A hand grabbed my shoulder, pulling me further back into the bathroom, as the mirror flew off the wall and into Daniel’s face. He howled as the glass fell about him then flinched back as if hit again, before the bathroom door slammed shut and I was left alone in the steam.

Sounds filtered through in rapid succession – more glass shattering, the solid thump of something hitting the floor, and a piercing shriek like an animal wounded. The silence stretched on longer than I could count, longer than I could hold my breath, and I crept forward, peeking the door open.

The corridor was smashed up, more paintings knocked down and my rug curled in on itself like a neglected book page. I could see Daniel’s feet sticking out of the living room door and padded forward, clutching my phone to my ear as I waited for the emergency line to pick up. He was pinned to the floor, and knife clean through his hand and down into the wood beneath, still breathing but clearly knocked out.

The police come pretty quick when you say your attacker’s stabbed himself.

The days cleaning up the flat were lonely. I spoke out loud to my companion, and I played music, but with the mirror gone she had no way to reply. I thought about buying a new mirror, but it felt wrong to replace what we’d used. I didn’t even know if she could use a new one, or if she’d been bound to the first.

Eventually, I settled on a plan to end the loneliness that echoed around me. I bought magnets with letters, three of every vowel and five each of the most commonly used letters, and mixed them up on the blank page of the fridge door. Ordering a few out, I left my first message and hoped she would come back in reply.

This story originally appeared in Silk+Smoke.