Marie made this story available for free. Say thanks by sending her a tip.    Send Tip

The Willing Body, the Reluctant Heart 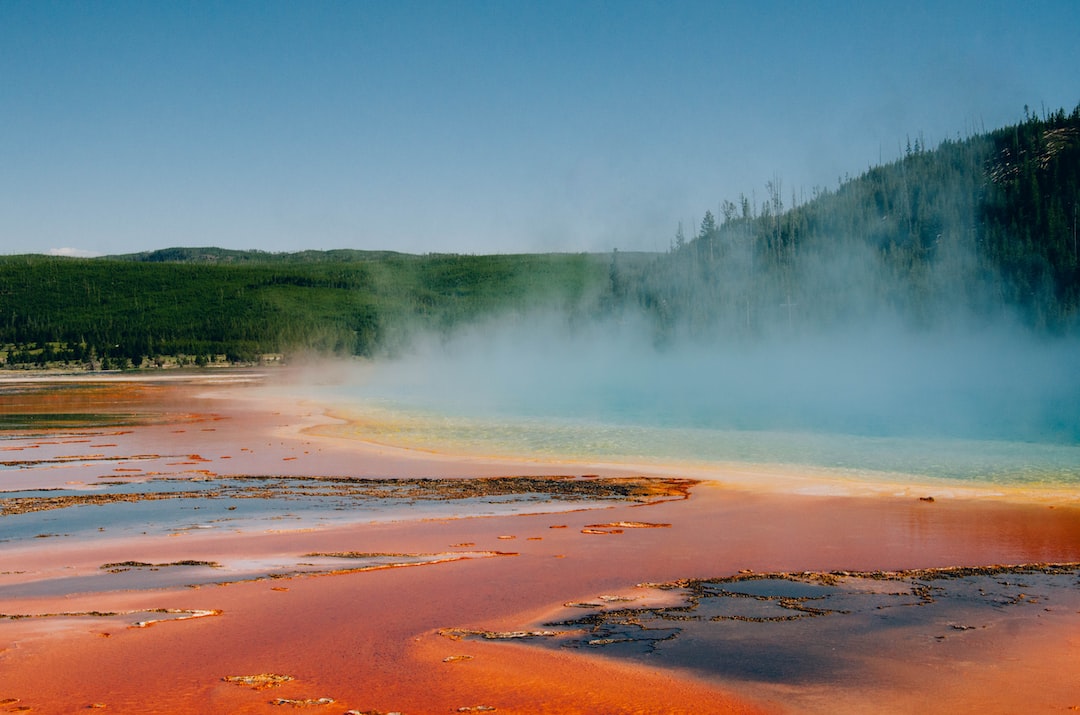 Photo by Ashley Knedler via Unsplash.

From the author: A body collects friends heart, lung, and brain to seek out these strange new aliens who seem to have only one intelligence per body. AnLab Reader’s Choice Finalist! Printed in Chinese in Science Fiction World November, 2019

I heard of the visitation second hand. It was observed mostly by hearts, and by one brain tending the crèche on the edge of Shadyside Heart Pond.  There were two creatures, big like bodies, but smooth like saplings. They left artworks along the southern bank of Shadyside all the way to the crèche, where one of the creatures circled the building, disturbing some of the world map and upsetting the brain community. Then, as the sun set, the aliens left.

The art was like the aliens, smoother than natural.  It was not like the art we bodies made with our fingers and feet.  A gentle shape like a footprint, but patterned on the bottom with deep ridges that filled with water to affect the whole look.  I admired the art.  I could not puzzle out a meaning and had to see the shapes as shapes alone. This pleased me.

The artworks repeated up the path to the woods.  I had to stop and rest before I reached the place where the mud became firm like skin halfway up the hill.  I could see the alien artworks grow fainter and vanish on the high, sandy pass.  Could the artwork lead the way to the aliens, like the chemical trails lungs used to find each other?

I crawled back to Shadyside’s shore and swam through it to the deep water where the lungs like to sun their feathery fins.

Most of the lungs swam away. They are shy creatures.  One stayed where he was, lazily rippling just enough to stay afloat.

He rippled his cilia and I tasted the chemical they give off that means they are unsurprised and willing.  I swam closer and opened my chest.  The lung exuded question – I was too young to be a working body.  Had I even studied the world map?  “I am going on an adventure,” I said.

It tickled as he swam in.  The hard part was holding still.

He noticed I didn’t have a heart and exuded concern and urgency.

I said, “I thought it would be better to get a lung first.”

Lung did not think I was the smartest body it had inhabited.

I swam us back to the heart pool.  No one in Shadyside was interested in an adventure. They were quite adventured-out from dealing with the invasion of aliens who left deep impressions in their mud.

Lung sensed some new chemicals, perhaps left by the aliens.  It tasted astringent, like flowers, but with no sweetness of decay: alien and un-alive.

We walked to Brightside Heart Pool and found similar tastes in the water and similar resistance from the hearts concerning our plan. One named He-Who-Sinks-Slowly-And-Rises-Quickly suggested we find a brain first.  The hearts were sure a brain would be helpful in finding out if they were still safe in their pools or had to consider emigrating, perhaps to Oknek.

Our city’s brains occupied high, hot pools, sulfurous and sticky, that were hard work to get to without a heart, but at least I had a lung.  Lung ached and complained the whole way up to the nearest pool.  Pinnacle of Peace, it was called.  Pinnacle of Peace 7a, to be more precise.  Three brains were in residence, but concerned with the birth of their first child.  They directed us to 7b, whose residents they thought were less responsible.

There were four brains in pool 7b on Pinnacle of Peace.  One was quite young and wanted immediately to go with us, but Lung did not want a young brain. The young brain’s parents were named Temperance, Ecclesiastical, and Liberality.  (The child was still shy of his name-day, when his parents would select the name most suited to his disposition.)  The brains discussed between themselves, with their bright flashes of light.  With clear dissent from the child, Temperance was selected to go.

The hierarchy of children and parents permeated everything the brains thought.  Bodies don’t know whose seed a sprout comes from, and so we are all parentless but also all parents.  Our way is much more sensible.

Lung had reservations, which Temperance quickly picked up on. “Oh, I’m not bossy like some brains,” she said, slipping her tentacles down to touch Lung.  She stroked him gently and his chemical scent mellowed to calm.

Temperance wriggled more, which made me feel queasy, but then my eyesight cleared and I realized the three of us were in danger of asphyxiation this far out of water, if we didn’t have a heart.

I dipped a hand in the warm nutrient water of the brain pool and made sure Lung and Temperance were both well-moistened before we began our trek back to the heart pools.

Loves-to-Rock-on-Waves didn’t necessarily want to go on an adventure, but swam to us when she saw us stumble the last few steps into the water.

Lung breathed easier when she joined us and introduced herself. We all expressed our thanks.

“A practical heart,” said Temperance. “Just what I prefer.  Now, if you don’t mind, let’s fix the world map before we go?”

Loves-to-Rock-on-Waves said, “But surely that can wait. The aliens may be dangerous.  They may be on the move.  We should act quickly.”

“Having the map inaccurate is very upsetting,” said Temperance.

“It will only take a moment,” I said.  I swam most of the way because it was quicker and then straightened the sticks that had been moved. One was broken in two, but Temperance felt it was acceptable to lay the broken parts straight.

Besides, we were in a hurry.

I swam to the reedy banks where the stomachs graze, but was out-voted by my parts.  “This isn’t carrying baby hearts to Inato,” Temperance said. “We can make do without.”

A female stomach lifted her nose and, I thought, looked longingly at us, but no, we had no idea if the aliens would stay – if they had left forever already!  There was no time to lose.

With a heart and lungs, the path up to the woods didn’t even feel steep. Soon my feet were sinking in the sand, which was cool and soft.  We were high enough to look down and see all of the world map: from Inato, where pools are shallow and far apart, and Klabnik, where the hearts swam in a salty sea and couldn’t mate with our hearts.

Small sticks good for building lay in the path. I set them aside as I passed and wondered if the aliens had been to other cities.  It was nice on the high pass. We could see why bodies and hearts and lungs and brains joined together to travel.  A spark of adventure stirred in the secretions of Lung.

Temperance asked me to stop and look down.  “No, more toward the setting sun. That way.”

More of the alien art pressed into a narrow side-path leading further up.  The main path to Oknek continued before us, broad and clear and level.  The other path wound crookedly around trees and showed where water ran in the rain.

There was no way going up this path would lead to a pond or swamp or pool.  Likely no one had ever thought to go this way before.

The ascent was hard and took a lot of energy.  I had to be careful where I placed my feet.  The brain was helpful, keeping a lookout for the best route while the heart and lungs did their patient work.

We felt like the hill would never end. I looked behind and was afraid of the distance but relieved that it was further down than up now.  I was almost there.  Up ahead the sky was visible between the trees, a gap of nothingness like above the center of a pond.  Lung was very excited.  Loves-to-Rock-on-Waves was wondering if coming with us was about to become a fatal mistake. “Nothing good comes of being so far from water,” she said.

The ground evened, and suddenly I could see beyond – I thought it a peak, like the small cones that were topped by the hot springs for the brains, but no, the slope ended onto a large flat expanse.  Not far ahead were some strange little hillocks, smooth and white like the aliens.

“Tents,” Temperance called them.  Brains had made tents of stretched stomach skin before they learned better.  Temperance had many ideas what the structures could be made of. Perhaps the aliens skinned each other.

“Let’s go back,” Loves-to-Rock-on-Waves said.  “Before they come after us.”

“We need to know more,” Temperance said.  “These things are new. Perhaps… we can move sun-ward, hide behind those slick-leaf bushes?”

I took a step forward.

“What are you doing?” Temperance asked.

I took another step forward.

Loves-to-Rock quivered in my chest.  Lung tried to comfort her with soothing scents that numbed my ribs, but she kept shaking.  Still I walked forward. It was what a body could do.

The time for words had passed.  The aliens were walking toward us now.

“Well,” said Temperance, trying to sound calm though she, too, exuded anxiety, “The first thing to do is find out if they have brains.”

Lung thought that was just what a brain would say.

“Well, we know they have lungs,” Loves-to-Rock said. “They are walking out of water.”

“We know they have bodies,” I said. I decided to speak to them in the language of bodies.  I extended one hand.  The alien in front of me extended his hand. It was white like the rest of him, but segmented, with stubby little fingers. I touched the five fingers with my three, let my smallest tendrils wrap around them.  The alien fingers flexed in response, in greeting.

A clear section on top of the alien shone like water, a heart-like fish inside.  Perhaps that was the brain?  A valve moved, compressing air into sound waves, as hearts speak.  I gasped.  “They have two languages! Did you understand that, Loves-to-Rock?”

Temperance was stunned, unable to begin the process of understanding.  Lung was frustrated at the lack of flavor in the aliens. Their surface was non-porous.

Now tell us your version, please, of how we met, and why your name is both a hand curled to your heart and “Samantha.”  You must be so lonely, in your protective suits, not knowing a word of your stomach’s thoughts.  Explain why, when you learned our hearts and lungs and brains were all separate beings, you asked if our heart guided us?  Hearts are reluctant.  I’ve always looked to a good lung for passion.  Because they taste the world they feel everything so keenly.

This story originally appeared in Analog.

Marie made this story available for free. Say thanks by sending her a tip.    Send Tip 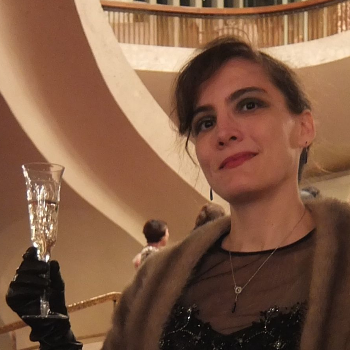