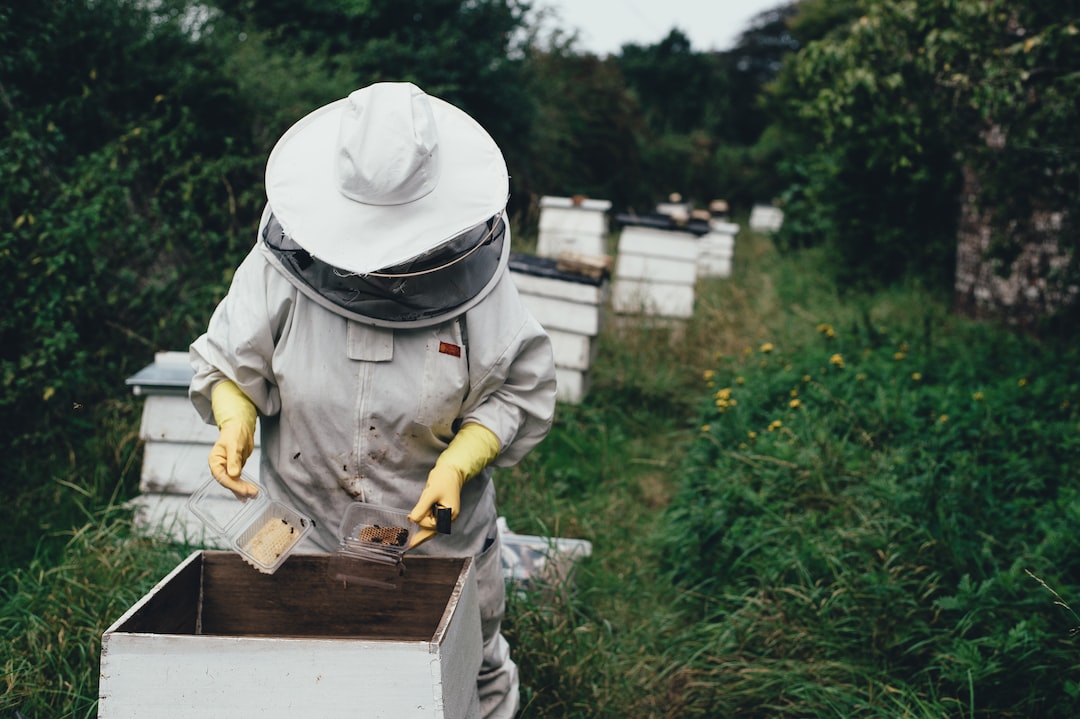 Photo by Annie Spratt via Unsplash.

From the author: A short story about rebuilding the world in surprising ways.

Roger had to say that the most unexpected side effect of the zombie apocalypse had been beekeepers.

He saw them moving around the city in a little white huddle, quick and quiet as smoke, emerging onto the roof of each abandoned building and setting up hives.

He watched others bringing offerings for the keepers, flowers and soil and seeds, and saw them bless or reject the gifts as suited them. Everyone left with some honey: the amount varied with the offer. The meetings never lasted long.

Roger had gotten a little protective of them, watching from the nest he'd made in an abandoned flat. It had been easy to slip back into training in the initial emergency, had even been easy to get his own sort of order in place. But he enjoyed watching their routine. He missed that, missed the regularity he used to have in the previous world. London was no longer the stream of life it had been and he was an old man missing what once was. But there they were.

The first time he went to them he cursed himself seventeen times and nearly turned back. He found them on their usual roof and asked in an out of use voice if they could teach him.

"What do you want to learn?" asked the oldest woman, a stout lady with wild white hair. The others were younger than he had thought: teenagers probably.

"I've seen you going around with plants and hives. I want to do the same."

"And what can you give?" she continued, eyeing the gun he carried. There weren't many of them left, he knew, and he'd been meticulous in looking after his.

"Aren't many of them left – they rot, eventually. Nature's taking this place back quicker than the dead are."

"I hope you're right." Roger smiled, pleased at the idea. No need to double tap a tree. "Is that why you do this, to help nature?"

"I've always looked after bees. They didn't put that virus in the water, or raid places for food. They're better than we were."

"And them?" he nodded to the younger ones, crowded round the hive.

"They'll get the place when we're gone. I want them to have futures that don;t involve raids and pain. The bees are their best chance. They'll help other things grow, that'll pull the green back into the place."

"World domination through bees?" he asked with a raised brow.

"None of the other methods have worked." She shrugged. "May as well give them something to go forward with. You're good with that gun?"

"You be our guard and I'll teach you about the bees. Plants too. Got to have them or the bees can't do their job. Anything dead comes after us you shoot it."

"I shoot anyone bitten too."

"Of course, square to the head."

"I'm Roger." He held out his hand and she met it with a firm, calloused, grip.

"I look forward to working with you, Jane. When do I start?"

"Let me make the introductions." She laughed, leading him to the young ones.