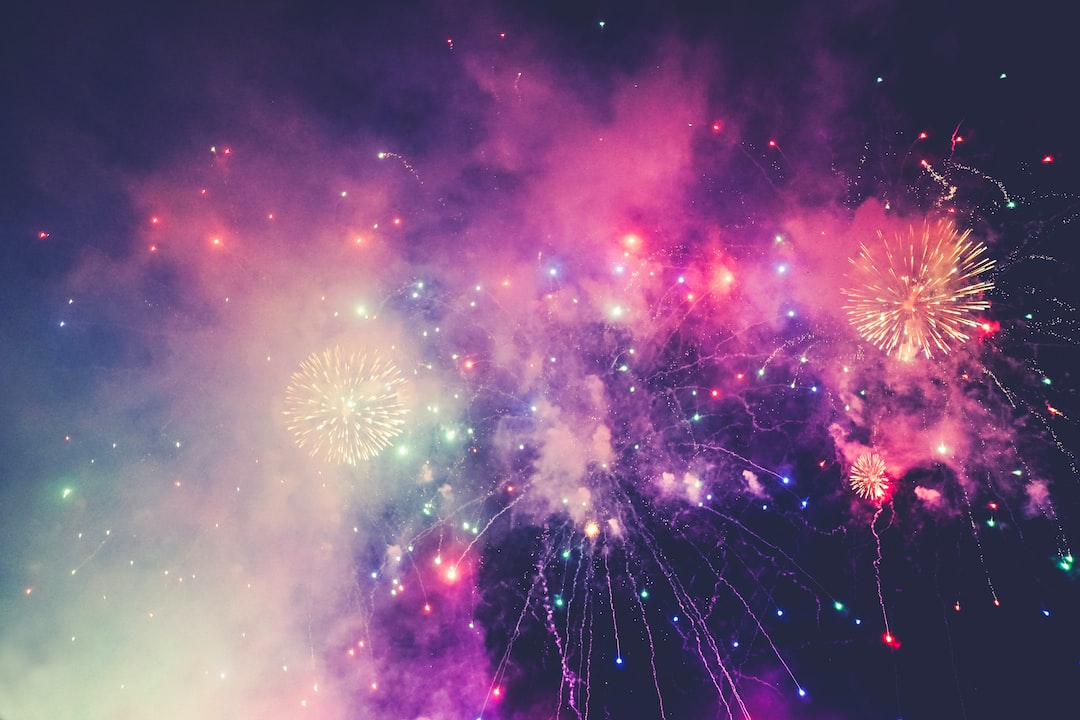 Photo by Mike Enerio via Unsplash.

From the author: A boy and his friends watch macabre fireworks and say goodbye to one of their own.

Banthany checked the clock. Seven fifty-eight. Oscar would be done with dinner--his family ate late because his mom didn’t finish work until six. Night wouldn't fully arrive until eight-fortyish, but it was dark enough now. Out his window, specks of light flared against the purpling sky. Banthany ran down the stairs and called, "I'm going out."

His mom appeared in the living room entry way. "Where are you going?"

"Oscar's. To watch the fireworks." His hand was on the doorknob.

"If you see Sandhya Guptamurthy, remember to tell her, 'Best voyages.' And I don't want you on the roof."

"And home by ten thirty."

"Thirteen and a half. Be on time."

From the living room, his dad called, "Take an umbrella."

Banthany rolled his eyes. "Umbrella," his father said, as if he sensed the eye roll. "And a flashlight."

Across the street, a door slammed. Colby wouldn't wait; he, more than any of them, loved watching things explode. And Phillipa lived next door to Oscar so she'd already be there. Banthany couldn't wait to see her, slip his hand into hers as they watched colors light up the sky and fall to Earth. He grabbed an umbrella from the stand.

"Took you long enough," Colby said when Banthany caught up to him halfway down the block. "What's with the umbrella? Afraid of some astronaut flakes? Think you'll get cancer?"

"Shut up," Banthany said. "Hey, did you hear the Guptamurthies won the lottery? Their phoenix leaves tomorrow."

"Sandhya's family is so lucky. Her dad got their house free because he's an engineer and her mom's family was on the Indira Night." The Indira Night was Colby's favorite story; he made Sandhya tell it over and over, until Oscar asked her not to come. It was easier to get Sandhya to stop than Colby. He believed so hard it made Banthany think of the Indira Night more as a fairy tale than history. She was the first phoenix to make it through the blockade. Her success was the impetus for the rocket lottery in the U.S.--if India could do it, NASA could do it better.

"I don't know if winning the rocket lottery is lucky," Banthany said. His family wasn't in the lottery. Dad said the best way to survive was to stay off the damn rockets. He told everyone, "If the government really thought colonizing was the best option, they'd be offering so-called critical professionals incentives to fill the phoenixes, not to stay on Earth and keep things running."

"It's lucky," Colby insisted. Banthany didn't feel like arguing. The two boys cut through backyards and a patch of woods to get to the townhouse side of the development where Oscar and Phillipa lived. A dark shape waved at them from Oscar's roof.

Banthany and Colby circled the row of attached houses and climbed the ladder to join their friends. Banthany considered leaving the umbrella propped against the house, then thought Phillipa might get a kick out of it.

Only Oscar was there, back against the chimney, legs splayed before him.

Oscar glanced at his shoes. Banthany's stomach twisted. Oh, no. He looked up. Bursts of red and white lit up the sky, sparks arced and fell in streaks of colored light.

"Nice one," Colby said, rocking back on his heels.

Banthany's insides plummeted. Afraid he'd topple, he sat beside Oscar. Grit from the shingles bit his palms. He held the umbrella in front of him, opened and closed it. Last night Philly said she had something to tell him. She said it'd be a surprise.

"They got on standby. Lift off was at four."

She wasn't supposed to go. Her mom was a nurse. Nurses got crazy incentives to stay. Why would she go? He didn't even get to wish her best voyages. His lungs felt afire. Phoenixes exploded across the sky. Orange. Blue. Red, then a staccato of tiny white bursts. Lifeboats. From a nearby roof came whoops and clapping.

Phillipa on a rocket. Banthany's heart clenched. Four o'clock. She was either safely on her way to another solar system or... gone. Either way she was gone.

"Do you know which phoenix?"

Oscar shook his head. Colby said, "Man, I'd trade places with her in a minute. Can you imagine flying in space? Seeing the alien ships up close? That'd be awesome."

"My dad says there are no aliens." Oscar's voice was quiet. "There is no blockade."

Banthany wished Oscar wouldn't say more. It was bound to start a fight, and there was no way to prove who was wrong. Wasn't it enough that everyone knew who was trying to leave and who was staying put? At least Banthany thought they did, before Phillipa disappeared. Who knew why parents made decisions?

Oscar kept talking. "He says politicians made up the whole thing to get people to leave Earth. That's why the Chinese send more rockets than anyone else. Because they have the most overcrowding."

"Your dad's a crazy Roswellian," Colby said. "There are aliens and the government's not faking anything. They're trying to save us. Why would they blow their own people up?"

"Then how come you're still here," Banthany yelled, "if you think the aliens are gonna blow up the Earth in 2112?"

"We're waiting until the Red Rover number reaches thirty-five percent," Colby said. "NASA's making new phoenixes and the Air & Space Force is coming up with better ways to get through the blockade. And when the alien countdown reaches six months, we're off this rock. You losers can sit here and watch for my green light."

Colby's dad was in marketing. Banthany's dad would say Colby's had read too many of his own brochures. NASA claimed ten percent of phoenixes made it through--the Red Rover number, they called it, as if sending phoenixes full of people into space was a child's playground game. Supposedly, the rockets' engines gave off a green flash when they broke through the blockade. Banthany had never seen it, but that was the last contact anyone on Earth had with the phoenixes. A gleam of green, then nothing.

"Your phoenix won't break through crap," Banthany said, joking now, before things got out of control. "You'll be one of those flowering red starbursts and I won't let your ash touch my umbrella."

"Screw you, Ban." But the fight had gone out of Colby's voice.

Boom, boom, boom. The three boys lay on their backs and watched lights bloom across the night sky. Banthany played with the umbrella.

Someone clamored up the ladder. "Hey, guys." A girl's voice. Phillipa? Had she refused to go with her family? Banthany inhaled, hope igniting in his chest.

The girl crawled on all fours across the incline. Not Philly, Sandhya. She stretched out next to Colby.

"Best voyages," Banthany whispered. He passed his umbrella to her, a parting gift. She spun it in her hands. Wind whistled.

"I'll be on the Kentucky Gray." She sounded stuffy, like she had a cold. "Watch for me tomorrow night."

"You'll make it through, Sandhya," Colby said. Then they were quiet as they watched the sky, searching for a flash of green. 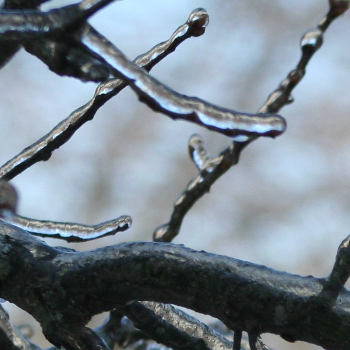