Elinor made this story available for free. Say thanks by sending her a tip.    Send Tip 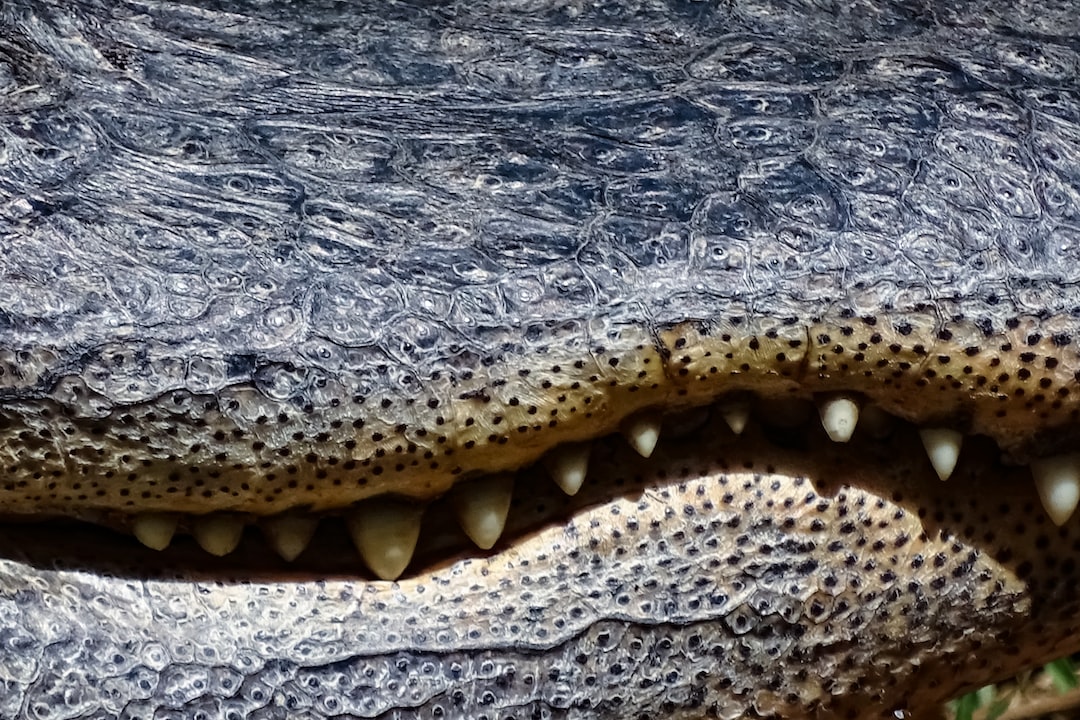 Photo by Vlad Kutepov via Unsplash.

From the author: An ordinary British couple go on holiday to Florida--and become alligators. What can possibly go wrong?

I LOOKED ON VERA, my beloved wife. She was scaly and green—but still beautiful. A fine specimen of alligator, I saw that as soon as I lumbered out of the Florida Exotic Creatures Vacation clinic.

I joined her by the edge of the warm olive waters and peered in expectantly, my slit pupil eyes enchanted by the balmy Everglade pools. I didn’t feel that different despite my change of skin. Perhaps the swamp felt a little less oppressive and the waters more inviting but that was all. I was the same old Archibald Trent, MD of Nettle Enterprises, Littlehampton, UK, maker extraordinaire of plastic food packagings of all kinds.

I was on holiday with Vera, two weeks in the sun, same as last year. At the end of that time I would return to my old life, my old habitat.

We paddled out into the reeds. And what joy that was, to glide through the open waters, sinuous as a European grass snake, silent as a song thrush at midnight. We swam and we bathed and we basked in the soothing sun with no fear of burning, no need for sunscreen.

I blew bubbles at Vera and she rolled her pale belly skywards. I remembered then why I’d married her. It wasn’t for her cooking.

We didn’t eat, we had no need to. Alligators can go for three months without food.  We didn’t eat at all. Until Vera ate the fishy.

"It just swam in front of my snout," she protested, nictitating eyelids a-flutter, using the blink code. "It looked good. It tasted yummy."

"Hmmm," I said, exhaling a bellows sigh from my enormous lungs. "We weren’t supposed to eat, human digestive systems aren’t as fine as an alligator’s, there could be problems when we change back."

"But it was only a fish," said Vera. "And it was Friday. We always have fish on Friday."

Friday. It might have been a Friday when I saw the Spotted Sunfish, then again it might have been a Wednesday. It glistened wetly before my many teeth, I could taste its tang in the waters. Yes, I ate it. I swallowed. One gulp, gone. It was a small fish, of no consequence. Except for the annoying line caught between my teeth.

I shook my massive head and slapped it against the waters. Amid the splashes I noticed one splash that wasn’t my own.

Yes, there’d been a man on the bank, fishing.  Next I saw him he was in the water. I must have pulled him in with that confounded line between my teeth. He was plump and there he was, thrashing wildly; he couldn’t swim.

Foolish man, I thought; I must help him. I sidled closer, he splashed more fiercely.

So I had no choice; I took him in my jaws. He struggled. But not for long.

Vera said later: You know we’re due back, at the clinic.

Hmmmm, I said. And for a long time I said nothing more. We lay in the shallows and I watched as a butterfly settled on Vera’s scaly head. Neither of us lifted a claw, we were comfortable where we lay.

I blinked my heavy, alligator eyes. Chicken, I said. And I would have grinned at her, but then I remembered—I already was.

Elinor made this story available for free. Say thanks by sending her a tip.    Send Tip 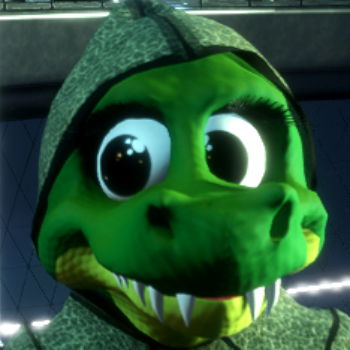