A Few Words About Dragons 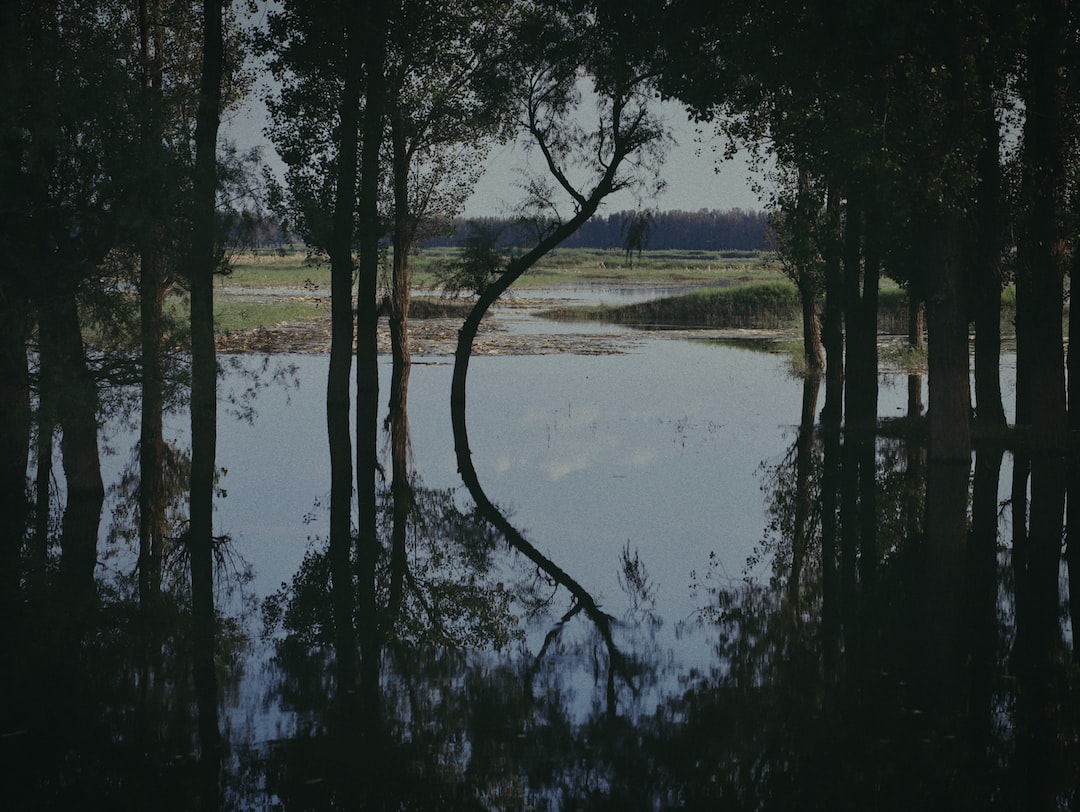 Photo by Hadley Jin via Unsplash.

From the author: Exotic animals are not pets.

Thanks for having me. Not that you kids've got any choice in the matter, but since Ms. Chesbro asked me to come talk about dragons, and it'll count on your grade, you might as well take notes. Or, fine, hold up your phones, let them do the work instead of using your brains. That's great.

Okay. Dragons are my livelihood. "Twenty Yards of Dragon", like it says on my truck. That's my business; George Angle, proprietor. I hunt dragons. Me and a very few others. Not just anybody can do that. You've got to slog around the Everglades in the summer heat, and you've got to study dragons and know their habits. And, you've got be able to handle a .50 caliber Browning rifle, and not spook easy. Do those things and you might could make a living stalking and bagging the beasts, instead of working in some stupid office.

Providing they don't eat you, which they sure as hell will given half a chance.

So. Dragon hides are famous, right. Now the whole damn thing's valuable -- from the spinal plates, they're harder than steel, to the glittery, supple leather on their bellies. A good one has twenty square yards of that. It gets made into shoes, luggage, belts, handbags, all sorts of things. That's right, these boots; that's from the skin under the forelimb. Fine, Kid, it's dragon armpit.

Here, you -- Jo-Jo? Seriously? Okay, Jo-Jo, take a look at this and pass it around. Know what that is? No, smartass, they don't have those. That's just the flap that covers a dragon's ear when they belch fire. Yeah, go ahead, try to tear it, good luck with that.

Hell, they even make eight hundred dollar raincoats out of the vestigial wings. The skin off of a single beast will provide wearable conversation pieces for up to several dozen rich jackasses. Then there's the teeth, which there are about six dozen of them, and they're considered the best ivory in the world.

Here, pass this one around. But keep listening. Oh, and it's sharp, so don't -- what did I just say, Kid?

Okay, and then there's the body armor and gear bags for the military, because nothing synthetic can match dragon hide for toughness. Now, that is a nice year-in, year-out market. Good old Uncle Sam.

What? That's right -- there's the meat. Well, the liver, since that's the only part that isn't too acidic to eat (except for the plum-sized little brain). Liver goes straight from the dragon's body to my dry ice field cooler, on a plane and in New York the same day. They slice that sucker thin, braise it with wine and shallots, drizzle on the truffle oil, and they serve it at the snobbiest restaurants on the East Coast for ungodly sums of money.

So, that's been my career or what have you, and I used to kill a good dozen dragons a year. Used to -- and I'll get back to that in a minute.

Your typical Florida Everglades dragon, Crocodylidae Draconus, runs maybe nine or ten tons. That's the females, which are most of them since they keep killing and eating the smaller males. Anyway, they eat anything they can wrestle down their gullets, including tin cans, light watercraft, and any animal even slightly smaller than they are. They sleep most of the time, and, as you know, they breathe fire.

So, a 'Glades dragon can produce three or four good big scorching belches of flame a day. They do so for three reasons: instantly cooking their prey alive; self-defense; and, if you ask me, just because they can, and because they're bad-tempered bastards, with tiny evil brains.

That flame is about two thousand degrees Centigrade. Pretty hot. If you wear the right protective gear and keep your distance, well, it's survivable. Though you'll never forget the rotten-egg and ketone stink, trust me. It gets in your hair.

But, listen, should you ever be careless enough to take a direct blast without your fireproof gear on -- well, it'll be the last mistake you ever make, and you'll go home extra-crispy, but at least you'll die quick. Write that down.

Yeah, I've seen it happen, too. Maybe some of you remember Bryant Charleston, guy who did those segments on wildlife and survival for Channel 4 News in Palm Beach. What were they called? Right, "Bryant Charleston's Real Deal". Okay, Kid, I see you know what I'm talking about; don't spoil it for the rest.

A couple of years ago Bryant Charleston called me up and talked me into taking him out in the wetlands for a close look at C. Draconus (or as he put it, "these magnificent living creations of Nature").

Nice enough guy; great hair. Kind of a perfectionist, and he was not so good about listening to advice if it got in the way of the shot he wanted. The very first thing I told him was, "Always treat a dragon like he could torch you at any second, because he probably will."

Everything went fine until it came time for Bryant's sign-off. He struck a pose with his foot up on a log, standing in front of a 30-footer that he thought was asleep.

Since C. Draconus don't have eyelids, you can never be sure if they're awake or asleep. Or dead, for that matter, since they lie there, not making a sound or moving a muscle ... until they do.

I'd loaned him gear, and he had full suit on and the hooded face-shield, like this one here. The wireless in Bryant's suit went out, and after seven takes, he got fed up with trying to talk through the face-shield. So, he just pulled off his hood and tucked it under his arm, he was flashing this big toothy grin at the camera. He said, "Let's nail this thing before it wakes up!"

I was standing behind the camera operator, waving at Bryant like an idiot, like this, using the art of mime to portray a man putting his goddamn fireproof hood back on. Bryant ignored me and started over, like:

"Until next time, I'm Bryant Charleston, and remember -- there's no substitute for ... the Real Deal!"

So while he was speaking, I could see the dragon's belly inflating like a giant bellows. That means just one thing, so I gave up on the miming and yelled, "Charleston, get the fuck away from there!"

Okay, Ms. Chesbro, sorry. Have you ever listened to these kids talk?

Anyway, he must have finally seen in my face that I meant it, and if he'd either started running right then or put his hood back on, he'd still be with us. But he actually turned and faced the animal. I saw her head lifting, those jaws opening.

There's a lot of folklore about these beasts. Some people believe they hypnotize you with their unblinking sparkly green eyes. It's not true, of course. (Oh, those eyes are worth two grand apiece.) But Bryant stood there like a statue looking up at the thing, and before I could get to him, that big bitch let loose, and a huge roaring rush of yellow flame just engulfed both of us, so I guess he found out how magnificent these creations really are.

Four seconds flat, and that telegenic blond head of his was just a charred-black, smoking skull. I heard the video made its way online, so you kids take a look if you're curious. Okay, I see you're already doing that on your phones. Don't show it to me, I'm not likely to forget what it looked like. No, it's not "cool", Jo-Jo, that's a goddamn human being dying. If you had to smell his flesh burning off right in front of you -- I could smell it through my air filter. Haven't eaten pork since, and I used to really like those Cuban sandwiches.

Listen, that dragon wasn't evil, it wasn't good or bad. They're animals. People always say they love animals, right? Tell you what, never mind loving them; just respect the animals for what they are, and don't expect the wilderness to be your personal petting zoo. Mostly, keep out of their way.

Like I said earlier, I used to harvest maybe a dozen dragons a year. But lately, the animals are getting scarce in these parts, and last year I barely broke even with just six hides. (The trade's business expenses are a whole other story.)

Scarce, right, so why scarce? Competition. Up until a few decades ago, there wasn't a single animal in the Southeast (besides humans, of course) that could give C. Draconus a bad day. But, things change, and now dragon territory is being encroached upon by an invasive, non-native, and damn near fireproof species. Eunectes Quetzalcoatlus, or informally, the godsnake. Which belongs in southern Mexico, not in Florida, f'r Christ's sake.

JoSo, dragon numbers are down because of both competition for prey, and destruction of their nests, by this other species that doesn't belong in the same ecosystem. The dragons're losing their place as the local apex predator, and the EPA might be about to put them on the Endangered list. If that happens, kids, I might have to get a real job. Jobs suck, just ask your teacher.

And it's all thanks to Joe Numbnuts from Miami or Ft. Lauderdale, who bought an exotic black market Mexican "pet" and then released it in the 'Glades once he grasped the fact it's going to grow up into an eighty-foot long feathered serpent that can swallow a goddamn elephant.

Oh, I don't blame the serpents, no siree. Animals live according to their instincts. People, on the other hand, are given brains, but they neglect to use them and they do stupid shit on impulse and it has consequences.

Can I use the board, Ms. Chesbro? Here, kids, I'll write it down: "People are goddamn stupid." Remember that. Or, fine, let your phones remember it for you, if you enjoy that sort of irony.

This story originally appeared in Fantasy for the Throne.

Manuel Royal is by and large a fantasist, with forays into crime fiction.