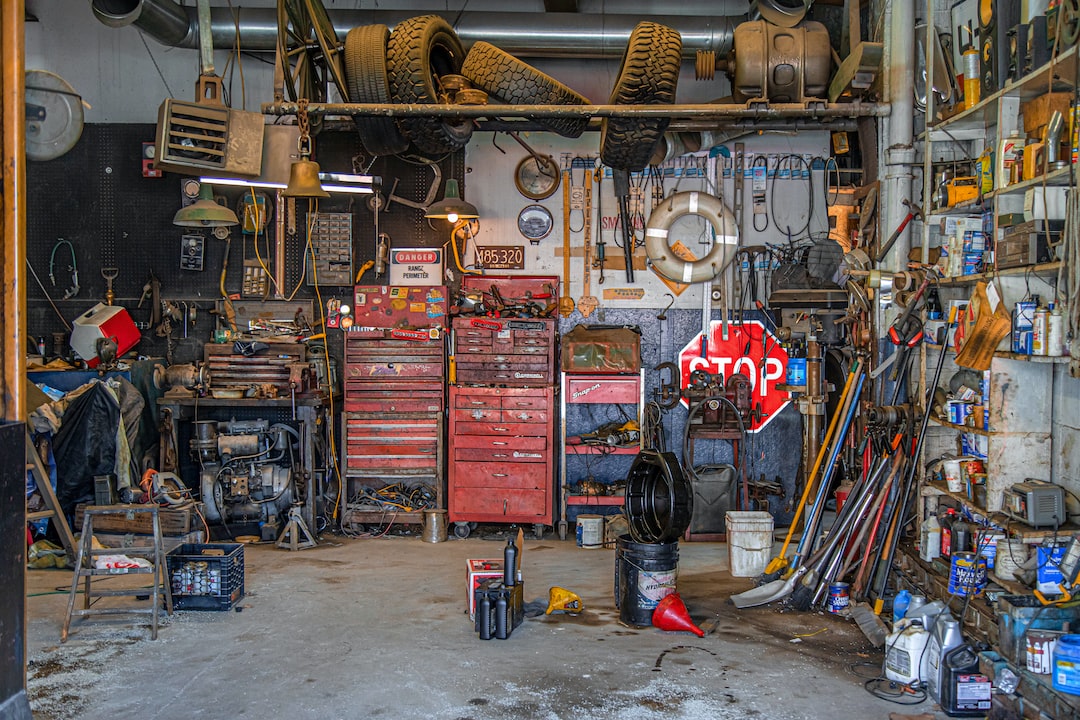 Photo by todd kent via Unsplash.

Swear to God, that's what the sign said: Quantum Mechanics. A faded, peeling sign on a rickety garage on a weed-choked lot. I looked out the window from the little Mexican taqueria across the street, and it still said: "Quantum Mechanics." Damn misleading.
"What's misleading?" the cook asked without turning.
Damn. I must have been thinking with my mouth again.
"Sorry," I said. "It's that sign. Quantum mechanics. That's not fixing cars."
He turned this time, and for a moment I just stared at his right arm. Or rather what he had where a right arm should have been: a cross between a pirate's hook and a vise grip. He had a spatula fixed into it, with bits of my burrito beef stuck to it.
"Mechanics fix cars," he said.
"Yes," I said. "But..." I looked up at his face. He had the leathery brown skin and the prominent nose straight off an Aztec carving. "You add 'Quantum' to 'Mechanics,' and now it means something different. Like, this is Manny's Tacos, your name must be Manny and you make tacos."
"Not really," he said. "My name is Ricardo. Manny retired, I bought the place from him with my pension money. And I'm making you a burrito. So you could say 'Manny's Tacos' is misleading, but you still knew before you walked in that you could get a burrito." He pointed at the grill with the spatula.
I opened my mouth to object, but the smell of the grilling beef hit my nose and my mouth started to water and it was either shut up or talk through drool. I shut up.
Ricardo turned toward a knife rack, unclipped the spatula from his stump, selected a knife, and rammed it into the vise grip with a movement like snapping a magazine into a rifle. He had an anchor tattooed on his arm, the bottom of the anchor disappearing under the cuff of the vise grip contraption.
"Navy?" I said.
He nodded without turning.
"Got your arm blown off?" I asked.
"Bit off," he said. "Shark."
A woman came out of a back room. She was a blonde with frizzy curly hair and a tiny button nose. Ricardo leaned toward her for a kiss.
"Shark," I said. "That must have hurt."
The woman turned toward me sharply. There were tears in her eyes that hadn't been there a moment ago. She opened her mouth to say something.
"Not that much. Not really," Ricardo said from behind her and put his good hand on her shoulder. She turned and tucked her face into the hollow of his neck. A scar ran down the back of her neck and disappeared into her dress.
I thought of Nancy, and suddenly I wanted to go home.
"How is that burrito doing?" I said.
"Almost done," Ricardo said. I watched his shoulders move, and presently he turned toward me with a steaming burrito. "Here you go."
I turned to look out the window again, and there was my car at the curb, exactly where I left it, except the dented grill now looked as straight and spotless as the day I bought the car.
"I gotta run," I said. "Make it to go?"
"What's the hurry?" Ricardo asked.
I sighed. "My wife. She rear-ended a semi, holed the radiator, I yelled at her before I left home, and then the engine overheated, and I had to stop to get it fixed before it threw a rod. I haven't called her all day."
He nodded. "Yeah," he said. "I know how you feel."
"If only she'd said, 'I'm sorry.' Or took responsibility," I said. "But all I heard was, sudden stop this and wet pavement that. Really pissed me off."
He nodded again. "So what did you tell the mechanic?" he said.
"Make it good as new," I said.
He nodded very slowly this time. "You might as well eat your burrito," he said, placed it in front of me, and walked away.
It was the best burrito I had ever tasted, but I ate it as quickly as I could. The blonde woman brought me the check and waited, looking at me with her moist blue eyes as I counted out the bills. I left a bigger tip than usual because she looked so sad.
Across the street, the sleepy mechanic took my money and handed me my keys. The car started smoothly, the oil and temperature gauges rose to normal levels. I reached for the adjustment lever, then realized the seat was at my perfect position already. I had been so angry when I left home that I kept it in Nancy's position, and let the crampiness feed my anger, but now it felt as comfortable as ever.
"Good as new," I said.
"As promised," the mechanic said, and waved me off.
#
Nancy wasn't home.
Nothing of Nancy's was home: not her clothes, not her shampoo, not her scent on the bed sheets, not her name on the mailbox. Not the spot on the sink where she dropped the frying pan and chipped the enamel, not the scratch on the parquet we made when she wanted to move the wall unit closer to the door and then changed her mind and moved it back.
My car is good as new. My house, too. My whole life: good as new. Immaculate, unblemished, unencumbered.
God, how I miss her.