Tabatha made this story available for free. Say thanks by sending her a tip.    Send Tip 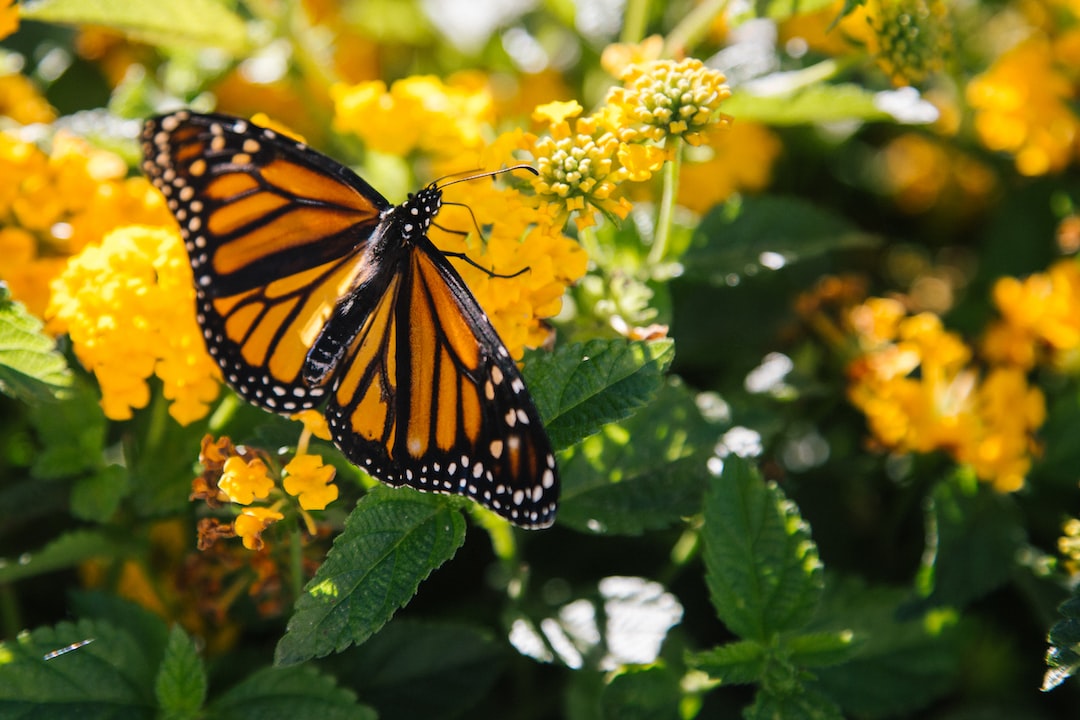 Photo by Kyle Glenn via Unsplash.

From the author: A terrible accident. A family changed forever. How far will one father go to try to put things right?

“It’s said they remember, you know?”

“Butterflies. They remember the things they learned as caterpillars.”

She turned towards me and tilted her head. Her eyes narrowed to a squint, caught in the glare of the sun.

She raised an eyebrow and pursed her lips. Her expression spoke much louder than her voice might.

“It’s true. I read an article about it.”

A streak of vibrant orange and black flew from the shrubbery to the fence. An adult Monarch. I saw her face light up at the sight of it. It landed delicately, balanced like a ballet dancer poised en pointe.

“Don’t they, like, turn to mush in the cocoon, though?” Her eyes moved quickly as she tracked the insect’s movement. It dipped into a gentle, swooping pirouette before disappearing out of sight. She could dance like that when she were younger.

“I suppose even mush can have memories.”

She wrinkled her nose and turned back to her open magazine.

“What do you mean? Your mum said you’ve been doing pretty well lately. You’ve even been attending classes again.”

She pretended to read for a moment before sighing and lowering the paper once more.

“Mum’s being overly optimistic. I went in once. I had to sit at the back with a book on my lap because they couldn’t find a desk that fit my chair properly. I hardly even fit through the lecture hall doors.”

She sniffed and her eyes turned pink at the edges.

“They stared at me, Dad, all of them did, even the Professor. I mean, I can’t blame them, but they didn’t even try to hide it. I’m pretty sure one boy even took a photo.

“I only lasted half the day. It took me another four until I could face getting out of bed again. I bet Mum didn’t tell you that, did she?”

No, Carol hadn’t told me that. She had telephoned me, full of excitement, eager to tell me the latest developments, yet carefully dodging the truth. Perhaps it was my fault for not following it through. I should have checked in later that day.

She looked up. Her eyes were hard, despite her sadness.

“Yeah, Dad. You keep saying that. But is it really me you want to convince, or just yourself?”

I opened my mouth to fire back a reply, but thought better of it. Nothing good would come from that.

I changed the subject.

“So, anyway, it’s your birthday soon. A big one. Twenty-one. Have you given any thought to how you want to celebrate?”

She groaned and rubbed her face.

She inhaled deeply and pressed her lips together in a line. She shook her head and turned away from me.

Carol came out into the garden, carrying two tall glasses of iced lemonade. She passed one to me without a word and set the other on the table by the sun lounger. Emma nodded her thanks. I sipped the drink and felt light bubbles swim up my nose. The coldness in the blazing sun was welcome. Carol sat down beside me.

I glanced across at Emma, her head bowed, apparently reading, and took another drink before I answered.

“Will you stay for dinner?” She asked me, putting one palm on my knee and squeezing gently. I moved my leg away.

“Not tonight, Carol. I can’t. I’ve got things to do before work tomorrow. Next weekend. I promise.”

We both knew I wasn’t being completely honest.

She sniffed and blinked quickly before turning her head away to the side.

I’d seen the leg of pork in the fridge when I put the milk away from making coffee. I knew she’d bought it on purpose. Her blatant attempt to woo me, to persuade me to stay. She would no doubt put it in the freezer now, for another time. Both her and Emma were vegetarians.

I drained the glass and put it down on the table. Carol watched me wistfully with those large, damp eyes of hers. I stood up and smoothed the creases on the front of my trousers. I pushed my glasses up the bridge of my nose.

A grunt and a sigh was her only reply.

“What’s the matter? Are you angry with me?”

“Dad, please. Just go do whatever it is you gotta do. You know you don’t have to stay.”

I looked down at her slim and fragile form; her brown-eyed beauty ravaged and destroyed by the virus she had caught and never fully kicked. I went to lay my hand on her shoulder, but she flinched away from my touch.

She turned back to her magazine, staring at the swathe of pearl-toothed, pretty, vacant smiles and toned, bronzed bodies. Celebrities enjoying their fifteen minutes of fame while they still could. While their good looks lasted and their actions could be seen as somehow relevant.

The sun bounced and rippled on the glossy pages. Thin shafts of light reflected as bright spotlights on her face. Her young face, scored deep by scars and puckered tissue; her left cheek, ear and part of her eye socket eaten away by the disease. The top of her jaw was forever pulled tight, twisting her mouth into an uncomfortable smile. Her top lip was chapped and wrinkled as if it had been exposed to some great heat. Her cotton sun-hat hid blistered bald spots on her scalp.

To me, she would always be stunning, but the mirror whispered lies. She saw no value in herself now she was damaged.

Necrotizing fasciitis was what the doctors at the time had told us. Some sort of secondary bacterial infection which had laid waste to her already weakened immune system. Of course, they didn’t know for sure, just like they didn’t understand the virus which ran rampant through her battered veins. Three months on a hospital ward, eight in a private room.

Not the end we had envisioned to a camping weekend spent away with friends.

Carol had been nervous.

“It’ll be good for her,” I’d reassured her. “She’s sixteen now. It’s normal, healthy even, to spend time away from her old folks.”

Three forty-seven brought a siren’s shriek, a phone call answered, muddled, in the dead of night. The bubble burst, and we wept.

They’d gone swimming in the lake that evening — Emma, and three others — yet she was the only one affected. At first they said it was legionellosis, but no amount of antibiotics helped. Six weeks on, they were all still baffled while Emma lay prone on the starched, white sheets and gasped for every breath.

When the rot set in, they tried their best, but it came too quick to conquer. They saved her life, but it took her legs. A heavy price. She paid in blood.

I watched as she flipped the page with two clawed fingers. I could never understand why she would torture herself like this. Immersing herself in imaginary lives, the type she’d never have. Did she blame me, I often wondered, like I blamed myself entirely for encouraging her to go? I didn’t force her, but I surely guided her hand.

I’d packed Emma off to meet her fate in exchange for a weekend of cheap wine and bad sex. Carol and I, we’d been struggling. Our relationship had grown weak and strained. I had been tempted by another, and while I had not succumbed to the sins of the flesh, my emotional distance had caused fractures. Carol had been sure they could be mended, but Emma’s illness drove a solid wedge between us. Our reconnection, long overdue, was now irreversibly shattered.

“Will you at least try to go back to classes this week?” I asked her, hovering by the lounger.

She shrugged and chewed a fingernail.

I inhaled sharply, ready to argue, but she turned and fixed her eyes on mine.

“Don’t. Please. I know what you’re going to say and I get it, I really do, but I’m just so goddamn tired right now. I don’t want us to fight. You don’t know what it’s like for me. You’ll never know.”

She saw my expression, and continued quickly.

I nodded silently. I didn’t want to fight either.

“I’ll call you tomorrow,” I told her, and kissed her gently on her good cheek.

Carol rose, held out her arms as if to hug me. I side-stepped her embrace. I paused as I passed her and spoke softly so as to make sure Emma could not hear.

She looked puzzled, and who could blame her? She’d lost hope many months ago. The world she’d once known had betrayed her and revealed itself to be cruel and harsh.

The garden gate swung shut behind me. The latch clicked into place with heavy certainty.

At home, I immersed myself in research, re-reading notes I’d scribbled in my notebook. Leather bound and heavy, it was a gift from Emma many years ago. She’d told me to write my magnum opus in it, to craft a masterpiece. Each time I’d tried to put my pen to paper, I’d been gripped by fear. There were no words inside of me which felt good enough to share.

Better then that these pages now held a story far more beautiful, and more hopeful, than my own. A tale that had taken almost a year to write. Her story. Her revelation.

I drove to church that evening. The Father gave me sacrament and listened calmly to my heaving sobs, as he had so many times before.

I had to put my trust in Him, he told me. He who had the power to resurrect his only child. To reverse death and bring new hope. We might not always understand His reasons, the old man assured me, but we must trust in His great power and His love.

“For the flesh is but a wind that passes and comes not again. To set mind on the flesh is to know only death, while the Spirit sings of life and peace.”

I understood the Father’s words, but I knew in my heart that he was wrong.

It was I, not He, who was her father. I had caused this misery and only I could make amends.

It was a Friday night when I drugged them.

The sleeping tablets were easy to administer. I arrived bearing gifts of Chinese food, and Carol was only too eager to let me stay. They both succumbed in only moments and without fuss.

I left Carol at the table and took Emma with me upstairs. I lifted her carefully into the large, black bag; thick walls of fluid plastic, strong and not liable to tear. Regardless, I placed her in the bathtub, just in case.

Her flesh was weak. Its imperfections poisoned her. I would release her, give her new life without such toxic thoughts.

I covered my face as I poured the acid. The strength of it seared the midnight air. My eyes leaked, cursed by the pernicious fumes — not their usual guilt-ridden tears. I sealed her, steaming, into her soft cocoon. Her pale skin melted, her body burned. I wondered if she would remember.

I sat in silence in the darkness, waiting for the moment she would spread her glorious wings, reborn.

Tabatha made this story available for free. Say thanks by sending her a tip.    Send Tip 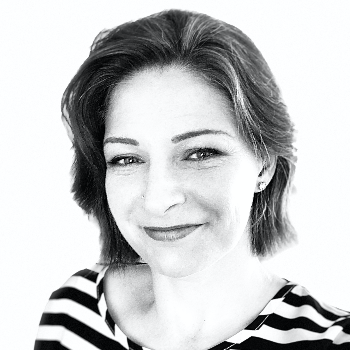