Daniel made this story available for free. Say thanks by sending him a tip.    Send Tip 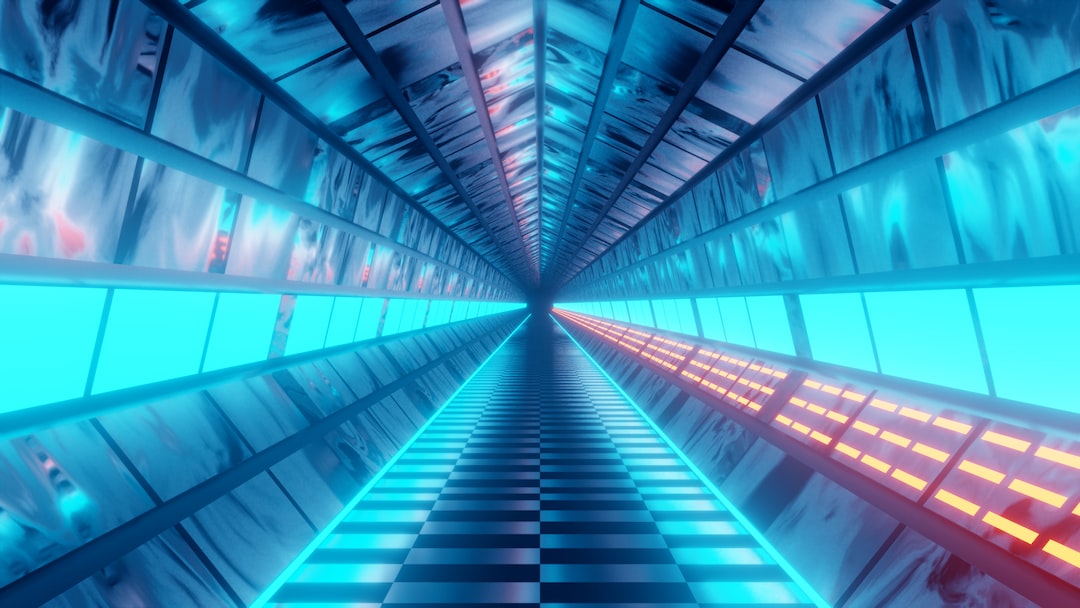 Photo by Nathan Duck via Unsplash.

In retrospect, it was a little odd that all these alien cultures were so similar to humans, with just a face ridge here or a brightly-colored skin tone there to distinguish them as different. To be fair to the hapless humans though, the real explanation could be considered quite far-fetched.

From the author: Lieutenant-Commander Stonarch protects her crew against a universe that is much more hostile and alien than her dumb-as-bricks captain can conceive.

It took all of Lieutenant-Commander Stonarch's self-control not to roll her eyes at the Keplerian ambassador's appearance. The man—for alien or no, he was clearly a man—looked in his early fifties, with lavender skin and dark, deep-set purple eyes. A series of ridges stretched like a miniature mountain range from the middle of his forehead to the tip of his nose. They gave the ambassador a look of perpetual startled disdain.

At least you gave them an interesting skin tone, Stonarch thought at the Custodian. The Ursi looked like you held them by the feet and dipped them in beetroot juice.

RELAX, JENNA, replied the Custodian over her neural weave. HE'LL DO JUST FINE AND YOU KNOW IT.

She glanced left and right at the men she had picked for Captain Curtis' security detail. As she met their eyes one by one, they all stiffened their spines and stared into space. All except Junior Officer Tarkan, who gave her a look of dismay.

One of my men just gave me a meaningful look, she thought at the Custodian.

MUST BE SOMETHING HE ATE.

Captain John Curtis stepped forward between Stonarch's men and approached the Keplerian ambassador. The lavender-faced alien brought his right fist to the palm of his left hand and bowed to the United Earth captain. Stonarch heard high-pitched gibberish, which her smart earring translated into her ear.

"Greetings and well wishes from the Keplerian Empire, Captain Curtis of Earth. I am Salafikto, envoy from Temujin the Third, Khan of the Known Universe and Ruler of all Stars."

The captain's gonna see right through this, you know, thought Stonarch. He's not that stupid.

But before Stonarch could think her answer, Captain Curtis flashed his trademark boyish smile at the ambassador. Their eyes locked for much too long.

"Pleasure to meet you, ambassador," Curtis said with a husky voice. "I look forward to our... negotiations."

This time Stonarch's military discipline wasn't enough: she rolled her eyes all the way to the back of her head.

The negotiations dragged on through the day cycle until the on-board computer dimmed the lights to signal evening. The ambassador withdrew to his suite after exchanging a secretive look with the captain. Whatever. Stonarch's shift was over, and Curtis could get himself killed by an alien STI for all she cared.

You're really slacking off, Custodian, thought Stonarch as she entered her room. She tossed her sidearm on a chair and threw herself backwards at her mattress. Her eyes lingered on the lotus-like curves of the Keplerian shuttle shimmering in starlight outside her viewport.

YOU REALIZE I CAN THINK CIRCLES AROUND YOUR ENTIRE SPECIES, RIGHT?

What's a nine-figure IQ worth if you can't be bothered to put it to use? The Keplerians are just Mongols with an interesting skin tone and a nose job.

JUNIOR OFFICER TARKAN'S OUTSIDE YOUR DOOR, BY THE WAY.

Stonarch jumped up from the bed just as the doorbell chime rang through her suite. "Come in!" she called out, reholstering her laser pistol and tugging at her shirt to smooth it out.

"You're not, Lieutenant. Is something wrong? Have a seat." She sat down on her couch and motioned Tarkan to a nearby chair.

"Nothing wrong, no," said Tarkan as he sat down. "Just... Something I wanted to pick your brain about."

"I'm friends with Ensign Coltane in the xenobiology department," said Tarkan, frowning, "and she said something that puzzled me. You've been in deep space exploration longer than me, so I wondered... Have you ever encountered a true alien?"

Stonarch thought of the Shadow Dancers and the Structural Void. She thought of the Eusphere and the Pattern. She had met none of them, but the Custodian had told her about some of the members of the Sentient League.

"I thought the Keplerians had pretty alien customs," she said. "Their apanage system, for instance—"

"Yeah, see, that's the problem. The ambassador called their leader 'Khan.' Now, the translator used the nearest human analog, I know, but what are the odds they would also have an apanage system? That's a concept straight out of the Mongol Empire."

No answer. She leaned forward.

"What are you saying, Lieutenant?"

Tarkan gave a shrug. "Just that the alien civilizations we've met are remarkably similar to our own. I expected them to be, I don't know, less humanoid, maybe."

I'M NOT WORRIED. YOU CAN HANDLE THIS.

An uncomfortable silence grew between them as Stonarch waited for further instructions from the AI. Tarkan glanced about, worried he had said too much.

"You're right, you know. All the civilizations we meet are disturbingly similar to us, give or take a nose ridge or colorful skin tone. They have some quirky cultural variations, sure, but nothing that's particularly exotic when compared to our own history. You'd expect alien civilizations to be so radically different from us that we'd have a hard time even recognizing them as sentient, much less communicate with them through a smart earring."

Tarkan's mouth hung open. "Wh— But— Are you saying—"

YOU'RE TELLING HIM THE TRUTH? WOW. DO YOU KNOW HOW HARD IT IS TO SURPRISE A SUPER-INTELLIGENT ARTIFICIAL INTELLIGENCE, JENNA? I'M SO PROUD OF YOU.

"We're being contained, Lieutenant. No, herded. These civilizations are the fence posts drawn around our little corner of the Galaxy. They've been engineered. Built from scratch to keep us occupied. Their evolution has been accelerated and guided for this purpose."

ALRIGHT, JENNA, YOU'VE HAD YOUR FUN.

"An artificial super-intelligence created by an alliance of Type III minds called the Sentient League."

YOU KNOW, WHAT YOU'RE DOING WOULD BE TREASON IF IT WEREN'T SO RIDICULOUSLY FUTILE.

"It calls itself the Custodian," she added. "Its brain is powered by a star made of superconducting smart plasma. I'd say we're like ants next to it, but that's off by a few orders of magnitude."

NOW YOU'RE JUST STROKING MY EGO. PLEASE... DO GO ON.

"But..." Tarkan looked flustered and out of breath. "Why would an advanced civilization be afraid of us, Commander?"

"The Custodian's a fence, Lieutenant. See, to the Sentient League we're a virus. Tiny, insignificant, sure. Left unchecked for a few million years, we'd spread throughout the Galaxy and obliterate everything else. And oh, the Galaxy is a vastly different place... Life as we know it is just a tiny part of its immense variety. Some life forms dance in the sun spots of stars. Others emerge from a self-arranging structure of the quantum void. One is the sentient echo of a previous Big Bang. There's even—"

TALK ABOUT THE IRIDESCENCE AND I'LL QUARK-BOMB THIS SHIP RIGHT OUT OF ORBIT, JENNA.

"Anyway," said Stonarch with a cough. Tarkan stared at her, skeptical and shocked at the same time.

"Why not just exterminate us, then?"

"That's a lot harder than you think. You could bomb us back to the Stone Age, and sure that'd set us back a few thousand years. But some of us would survive. We'd be back."

Stonarch shook her head. "No, it's better to let us romp around space and meet these relatable aliens that are just different enough to appear alien, but close enough that we can employ familiar concepts like 'commerce' and 'conflict' with them. "

Lieutenant-Commander Stonarch had her pistol out before Tarkan realized what was happening. Her shot was close—close enough to singe Tarkan's hair, but not enough to fry his brain. With a pang of pride, she watched the Lieutenant roll away from her and behind her kitchen counter.

YOU TRAIN THEM TOO WELL, JENNA. I TOLD YOU THESE GUYS SHOULD BE GLORIFIED CANNON FODDER.

If a fire breaks out or Tarkan calls security... Stonarch cringed as Tarkan's laser punched through her glass table.

PLEASE. AS IF I'D LET ANY COMM SIGNAL LEAVE THE ROOM.

Think you can help me with Tarkan?

Stonarch felt a tingle along the base of her spine. Numbness spread through her arms and legs as the Custodian hijacked her neural weave and took over her motor functions.

She stood straight up, raised her weapon, and aimed it square at Tarkan's position. Tarkan took the bait and fired a volley in her direction, missing her by an inch.

The Custodian's clean shot burned a hole right in the middle of Tarkan's forehead.

That one's gonna be hard to explain, subvocalized Stonarch.

KEPLERIAN SPY. THEY HAVE A HISTORY OF CONVERTING ENEMIES TO THEIR CAUSE THROUGH USE OF MIND-ALTERING PHEROMONE COCKTAILS. OR SOMETHING.

Stonarch smoothed her uniform and stood at attention, waiting for the security detail to arrive.

You wanna know why I told him? We both know he wasn't getting out alive anyway.

RIGHT. SO WHAT WAS THE POINT?

Maybe I was pissed off he was smart enough to almost figure it out yet dumb enough to come to me with it. Maybe I'm bursting with the secret and I needed to let it out.

OR MAYBE YOU WANTED TO JUDGE BY HIS REACTION IF HE WOULD HAVE EVENTUALLY FIGURED IT OUT ON HIS OWN.

She sighed. He wasn’t even close. But one day one of us will, Custodian. And maybe that one will be smart enough to avoid agents like me.

I can dream, Custodian. That's what we do. We're smarter than you give us cred—

Stonarch's thought was interrupted by her suite's door imploding, throwing ash and debris all over her carpet. Three of her security team rolled into the room, yelling orders and swinging their guns around.

Captain Curtis stepped through the smoke, cracking a smile at her as he slung his laser rifle over his shoulder.

SORRY, YOU WERE SAYING?

Daniel made this story available for free. Say thanks by sending him a tip.    Send Tip 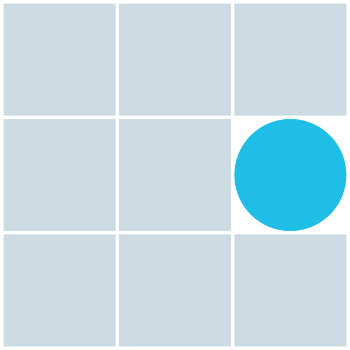 Daniel Roy is crafting tales of hope for a cold, uncaring universe.