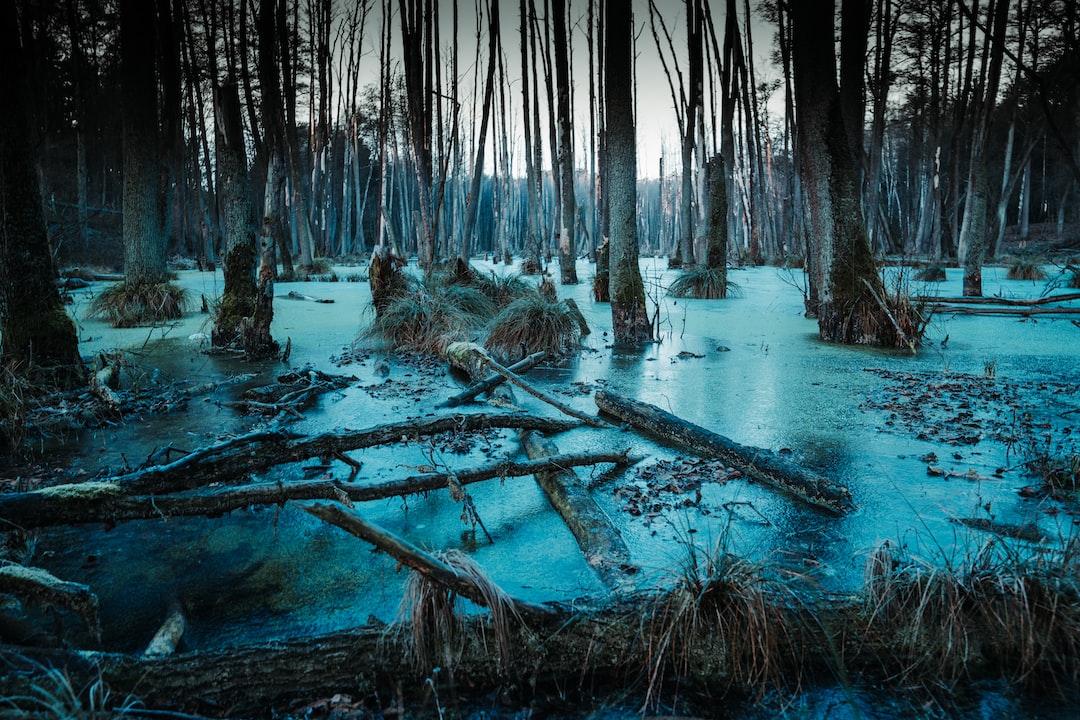 Photo by Krystian Piątek via Unsplash.

From the author: A grandmother remembers the dangers of racing through the marshes,

“I must have been about your age the year the last Torch Race was run. It was the first time my brother Argi was old enough to take part, and the whole family went with him to the start line. He stood with the other boys — it wasn’t seemly for a girl to race — and the judges lit the torches. We could feel the heat even where we stood, I don’t know how those boys could stand it. Argi was squinting as he tried to get used to the light, and then they drew the route from the barrel and read it out.

“Well, imagine our surprise when the route went the one place you’re not supposed to take an open flame. That’s right, some silly boy had decided to run the race right through the marshes. The route was different every year, you see. It stopped anyone cheating or setting up traps for their rivals, that sort of thing. Oh yes, things like that happened. It was such an honour to win.

“I could see that Argi wanted to refuse, and he wasn’t the only one, but none of the boys had the courage to forgo the race and be called a coward. Instead they set their eyes to the course and waited for the start. The judges shouted out, and then all the boys ran as fast as they possibly could.

“Once they’d gone the family and I ran up to the hillside to watch where we always did — it was the best place to see the race from, because you could see for miles around, even down into the heart of the swamp. We always had a good view, no matter where the race went. We could see the torches glittering in the distance. Oh yes, the whole thing took place at night. It made it easier to see where they were. Whenever a boy came past us he’d light the place up so much it would hurt my eyes, and I couldn’t see properly for ages afterwards.

“I remember thinking that all the boys looked afraid. Normally they’d wave and shout, even though they couldn’t see us properly with the light in their eyes. But this time they all kept their attention on the route ahead. Argi came past. He looked right up at where he knew we’d be. And then the unthinkable happened.

“My brother tripped. He sprawled face down on the path and the torch flew out of his grip. As we all watched it rolled over and over in the dirt. The flames guttered and died down to embers. Argi pulled himself up and went over to it. He blocked my view as he picked up the torch, and I hoped beyond hope that he could rekindle the fire. But when he turned back the torch was black and dead. His race was over.

“Argi came over to us, ignoring the jeers of the boys who passed. He didn’t even look back at them. Mother gave him a hug and then he stood beside me in the darkness without saying a word. It was too dark to see his face, and I was crying besides, but he didn’t look particularly upset, just blank.

“I wanted to go home, but we stayed. The boys in front had reached the swamp by then. Mother told us that they’d be all right as long as they kept to the route and didn’t stray, but of course that’s a most difficult thing to do in a marsh. Well, just imagine! All they had to do to stay on course was follow the light of the boy in front. But at night the marsh is full of all sorts of strange lights. Some say they’re spirits, and others that it’s just little pockets of bad air that get lit up. Whatever they are, they’re known to lead people astray.

“Anyway, we watched as all the distant lights twinkled their way into the swamp. For a little while there was a nice neat file of them, although sometimes a few would swap places. Then they began to drift off in different directions. I remember thinking that there were far more lights than there were boys by then, all bobbing up and down and drifting round in funny patterns like a dance. All the adults started to get very upset, shouting at each other and running around. I stayed where I was like my mother had told me, with Argi holding my hand, and as I watched there were more and more lights, until finally it was so bright I had to look away.

“When I looked back it was completely dark. Except for Argi, no one came back from the race that year. Even though the grownups searched that swamp for days afterwards, we never saw a single one of those boys again.

“And that, dear child, is the reason that we don’t run the torch race any more. Now, run along and fetch your grandmother a drink, there’s a good girl.”