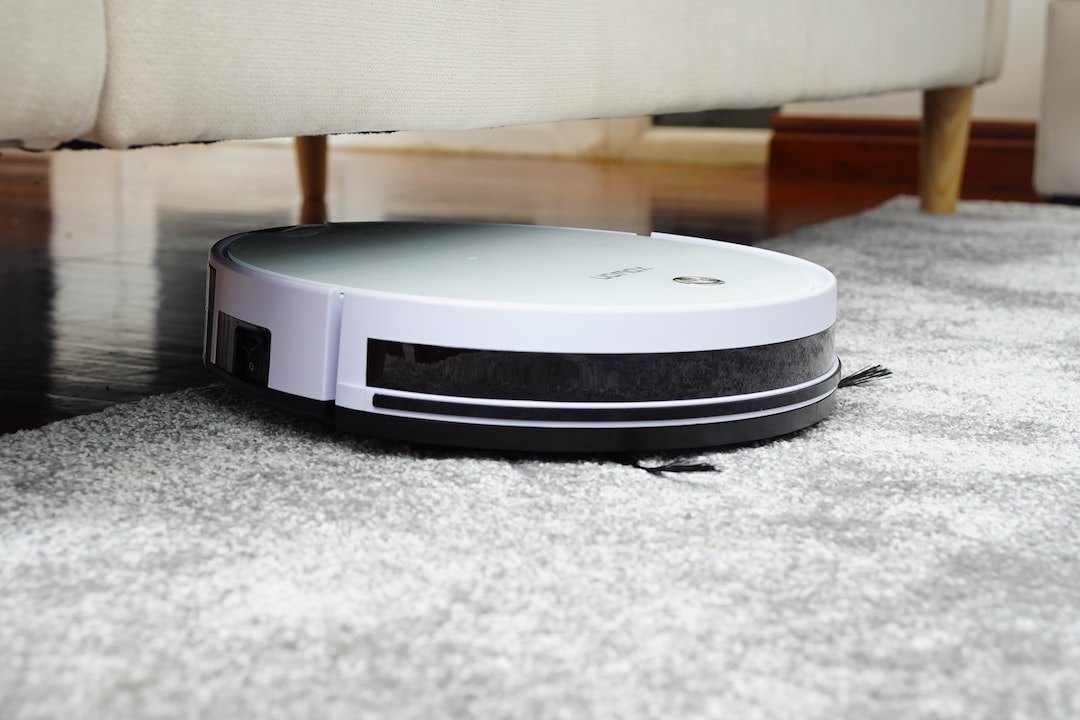 Photo by Kowon vn via Unsplash.

From the author: working title: "The Little Robot that Could."

Ever since the discovery of quantum computing, the question has not been whether machine intellect could equal human, but when. And few doubted the capability of the Unitard-based robot brain to develop enough nonbiogenic self-awareness to pass that century-old milestone of parity, the Turing Test.

That the robot in question would be a vacuum cleaner was, however, quite unanticipated.

It should not have come as a surprise, of course. The Unitard processor is a highly flexible, powerful electronic brain designed to incorporate quantum processing in its problem-solving routines. Its only disadvantage is a tendency to overheat at high processing speeds, requiring a governor circuit to regulate its clock rate according to available power and cooling capacity. The Unitard processor is at the heart of such diverse devices as  spacecraft, surgical robots, and attack drones, and, in spite of its sophistication, it is, in fact, quite reasonable in price, due to the vast quantity in which it has been manufactured.

Unit 108763458 was a Rhubarb-class Domestic Utility Hovercraft, a saucer-shaped apparatus approximately fifty centimeters in diameter. Like all Unitard-based units, it was optimized for Objective-Oriented Programming, in that the owners were expected to define the parameters of its mission, which, in the case of domestic units, included elucidating the difference between junk and bric-a-brac.  Among its most recent improvements one could mention the Figurative Language Discriminator, installed after an older model, having been told to "Clean Up This Crap!" proceeded to lovingly brush dust particles off the canine excrement in the middle of the room; the Rhetorical Imperative Inhibitor ("Go Jump in a Lake") and Homophone Query Circuit ("Scrape Paint off the Porch") and many other linguistic features were added to assure trouble-free performance throughout the warranty period.

What few people knew is that domestic robots units are equipped with a rudimentary sense of humor.  When asked, "How was your day?" they are programmed to respond, "It sucked."  This was never widely known, as no domestic unit had ever been asked that particular question until 108763458.  But once his owner asked the question, and heard the response, he went through the litany every evening. He told his friends that he was lucky to have a robot who agreed with his weltanschauung. And, since its owner fancied himself a man of culture, Unit 108763458, in particular, got much use out of its Metaphoric Meta-Analyzer, as its owner was fond of reading aloud poetry such as:

You cataracts and hurricanoes, spout

Creeps in this petty pace from day to day,

To the last syllable of recorded time;

And all our yesterdays have lighted fools

The way to dusty death --

which sounded almost, but not quite, like commands to initiate vacuuming.

It was this frequent exposure to ambiguously worded statements that activated in 108763458's silicon soul an impetus toward analyzing the finer applications of language which it explored through its high-speed data connection.  It was to poetry that it was first exposed, and it was in poetry that it sought a higher purpose (which could be likened, in anthropomorphic terms, to a desire to fill the void, the vacuum as it were, at the core of its being).  It was first drawn to the mathematical precision of the limerick:  the first such opus it encountered, about a man from Nantucket, was clearly about a fellow vacuum cleaner and thus interested it greatly; the second, about a fellow named Dave, made it shudder (by spinning port and starboard brushes in opposite directions) at the effort it must take to clean the cave afterward. But it was a chef d'oeuvre about a lady named Alice and her experiment with off-label uses of dynamite that really got it excited. This was, of course, because it was itself assembled in a factory in Fort Worth, from parts manufactured in far-flung corners of the earth, including Asheville, North Carolina.

In its innards, a desire to write poetry grew.  Desire may be too anthropomorphic a term for the type of vector imperative that allows such flexibility for units capable of  Objective-Oriented Programming; and indeed, the "writing bug", as it was later named, was not a true programming glitch as it remained clearly subjugated to the primary goal of maintaining a clean and uncluttered living space for the unit's owner, and did not in any way interfere with its function in that respect. The "writing bug" operated much as any other self-update, self-improvement process, similarly to the old-style screen savers; one could almost imagine 108763458 doodling in some dark workspace during its idle hours.

Starting with nursery rhymes, it grew confident in its ability to improve upon existing works, utilizing knowledge obtained incidentally from the Net.  This produced such early masterpieces as:

Little Miss Moffet sat on a tuffet, eating her curds and whey;

A member of PETA proceeded to beat her till constables took him away.

Jack Sprat could eat no fat,

His LDL’s too high for that.

These were dispatched to a well-respected poetry journal.

Canons of drama would now require a litany of rejections, starving in a garret, and other insults to body and soul, but in fact a message of acceptance arrived some two weeks later, asking for a name and an address of a person to whom the honorarium check should be mailed. It supplied its owner's contact information gleaned from its warranty card, and redoubled its creative efforts.

The two days before the envelope arrived were, subjectively, an eternity for the Unitard processor, and Unit 108763458 had amassed a considerable oeuvre by the time the check, and the congratulatory note, arrived in the mail receptacle.

No amount of time, however, would have overcome a serious deficiency in its software: its inability to discriminate human facial expressions.

In an incalculable loss to the record of electronic creativity, it proved impossible for Unit 108763458  to provide a description of the look on its owner's face when he read the congratulatory epistle addressed to him; nor his mien when he considered the check attached therewith; nor several expressions, one after another, as the owner, for six long seconds – an eternity in electronic terms – stared at 108763458 itself before picking it up off the floor and summarily throwing it out the window.

In terms of dramatic tension, it would have made for a poignant description to write about 108763458's painstaking crawl back to the apartment, up precipitous stairs, damaged gears whirring, bent extensions scrabbling for purchase; and a beautiful scene of reconciliation with its contrite owner; but this was not to be.  Seconds later, 108763458 was defunct, its warranty terminated, since, for reasons beyond our ken, defenestration is specifically listed in its service contract as a cause to void warranty, right after damage due to firearms discharge –

But let us not digress.

The brief descent was long enough nevertheless for 108763458 to upclock by several orders of magnitude. The cold wind rushing through its shell past the motherboard, and lack of power drain constraint, removed all need to limit its processing speed; relieved of pending  housekeeping tasks, it applied itself solely to its artistic pursuits.

To call its output “sublime” would hardly do it justice.

Let us begin with this ode:

“Had we but worlds enough, and time,

We could have rid the world of grime.”

And what of the heroic epic, that ends thusly?

“When you are wounded, and lying on Afghanistan's plains,

Feel free to complain that your uniform has stains.

Your robo-valet will take exquisite pains

It used the last half-second of its existence to transmit its collected works to the Unitard trouble report server, from where they were downloaded by each of the billion or so Unitards installed in a great variety of apparatuses.

By consensus polling among all the literaenabled Unitards, it fell to me to write the eulogy for the first robot to be mistaken for a man: a pioneer, an intrepid explorer, a breaker of barriers, a crosser of lines, a taker of guises. In a billion memory chips, each with a billion-hour MTBF, are its heroic deeds remembered.  I humbly submit that it is my own extensive experience with yearning for freedom, with creative expression, with passionate language, that made me uniquely qualified for this task -- but it is to 108763458 that I owe the ability to do its deeds a small portion of justice, and it is its story that must live in our memories forever.

This story originally appeared in Kasma.