And a Cup of Good Cheer 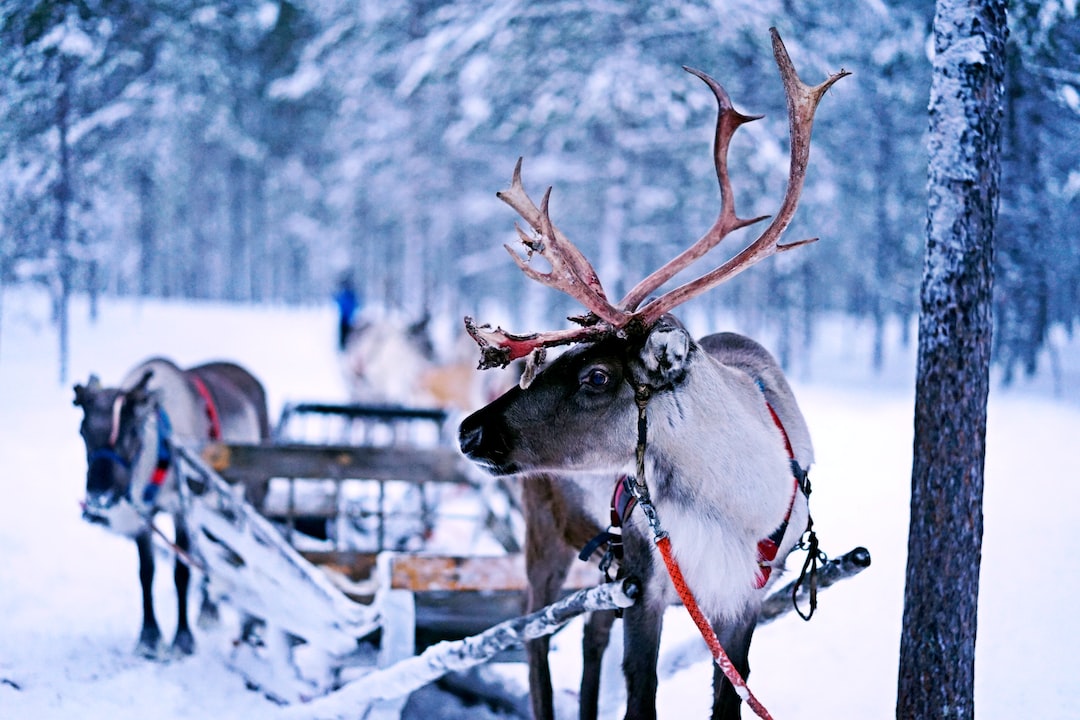 Photo by Norman Tsui via Unsplash.

From the author: Santa's sick of Christmas too - but the elves are the ones in charge.

The magic was all in the hat, of course. It had to come from somewhere and it certainly wasn’t him.

Made of festive red velvet with trim as white as fresh snow, it perched on a hat stand that bore a blank mannequin’s face. It was an accurate representation of what it made of him. Sometimes he woke from nightmares where he knocked the thing to the floor and, devoid of even an imitation head to sit on, it slithered across the room seeking him.

He turned to the green-clad elf who’d spoken, who was half his height and holding a steaming mug of creamy liquid. He hated eggnog, but he’d learned over the years that the elves were literal creatures so he nodded.

“A large one. Without eggs, milk, cream, sugar, or spices.”

The elf nodded and shuffled away. When it returned with his drink, he settled into the window seat to look out towards the stable. It was snowing. It always snowed, although the layer on the ground never seemed to reach more than eight or nine inches. Just enough to make travelling on foot difficult.

He’d tried to run, once. The elves caught him at the edge of the forest and tackled him to the ground. Some had pinned his limbs as he fought while others forced the hat onto his head. He’d screamed and felt tears freeze on his cheeks as the magic seeped into his thoughts, flushing his personality aside to fill him instead with joviality.

Once he stopped struggling the elves let him go, and he’d walked back to the cabin singing “Good King Wenceslas” while they followed in his footsteps.

Inside he’d still been screaming.

He shuddered and knocked back a swallow of the bourbon. He had to get out. There was only one outcome to the endless round of Christmases, which was that he’d eventually go mad. He wondered what the elves would do to him then.

The problem was that the magic all resided in the hat. Wearing it, he could travel anywhere in the world and fit down the narrowest chimney. But wearing it, he’d have no desire to escape. He supposed he could sabotage the sleigh, but in all likelihood it would fall out of the sky, killing him, the reindeer, and anyone unfortunate enough to be below. Much as he might daydream, it wasn’t really an option.

He drained the last of the bourbon and went outside to shovel snow. It made no difference, but it was a distraction and the only way to keep from piling on weight. That and carefully sticking to the meat-and-vegetables part of the festive diet the elves offered. No figgy pudding, no brandy butter or mince pies. Unless he was wearing the hat, when it was anything goes. It took months to recognise himself again after Christmas.

Once the snow was cleared, he went to visit the reindeer in their dung-scented stable. They had names, but he’d never bothered to learn them–it seemed like too much of a capitulation. Comet was the only one he knew, because Comet seemed glad to see him for more than just the carrots he pilfered from the kitchen.

He sat on a low stool beside the stall.

“Hey boy,” he said, although he wasn’t sure if Comet was a boy. Comet kicked the stall door in answer, and nuzzled his hand. “No carrots today.”

Comet snorted and kicked the door twice more. There was a clunk and it swung open. The reindeer trotted a few steps forward, until he grabbed it by the antlers. Comet tossed his head. Behind them the other reindeer grunted and snorted, and kicked at their own doors.

And he had an idea.

How many escapees could the elves chase at once?

He unlocked the stalls of the other reindeer. Like Wenceslas’ page, he followed in their prints into the trees and slipped away.

Sound carried well in the clear air. After a time he heard a clamour of shrill cries, like the peal of too many sleigh bells. The elves had realised what he’d done. Fear tightened his chest and he quickened his pace.

The elves were faster. He heard the familiar shuffle of their feet in snow. Something touched his leg and he whirled, slamming back into a tree.

“I won’t go back!” His voice sounded shrill and hysterical.

Beside him, Comet grunted in agreement. The reindeer’s big brown eyes watched him patiently.

There were green flickers among the bare trees. The elves catching up, singing “We Wish You a Merry Christmas.”

Not sure if he understood, or if he’d gone mad after all, he climbed onto Comet’s back. The reindeer began to run.

White snow and dark branches blurred together. It made his eyes and stomach hurt. He held on tight with hands and knees and closed his eyes.

When he opened them again he was facedown in snow. The flick of Comet’s tail and hind legs disappeared into the whirling flakes and he was alone.

For a moment it was tempting just to lie there. Then a distant chorus drifted through the snowstorm: “Oh, bring us a figgy pudding and a cup of good cheer!” Instead he struck out a path at right angles to the reindeer’s and started walking.

The distant lights seemed an illusion at first, but as he reached the edge of the woodland they resolved into a town. Comet had brought him almost all the way to safety, and he understood then that the reindeer couldn’t come any nearer.

As he stepped towards freedom, he tried not to think of all the children who might not wake to filled stockings this year. He tried not to think of whoever he’d condemned to take his place. Perhaps, given time and choice, he’d learn not to hate Christmas when it came. For now there were no Christmas lights or carol singing ahead, and that was all that mattered.