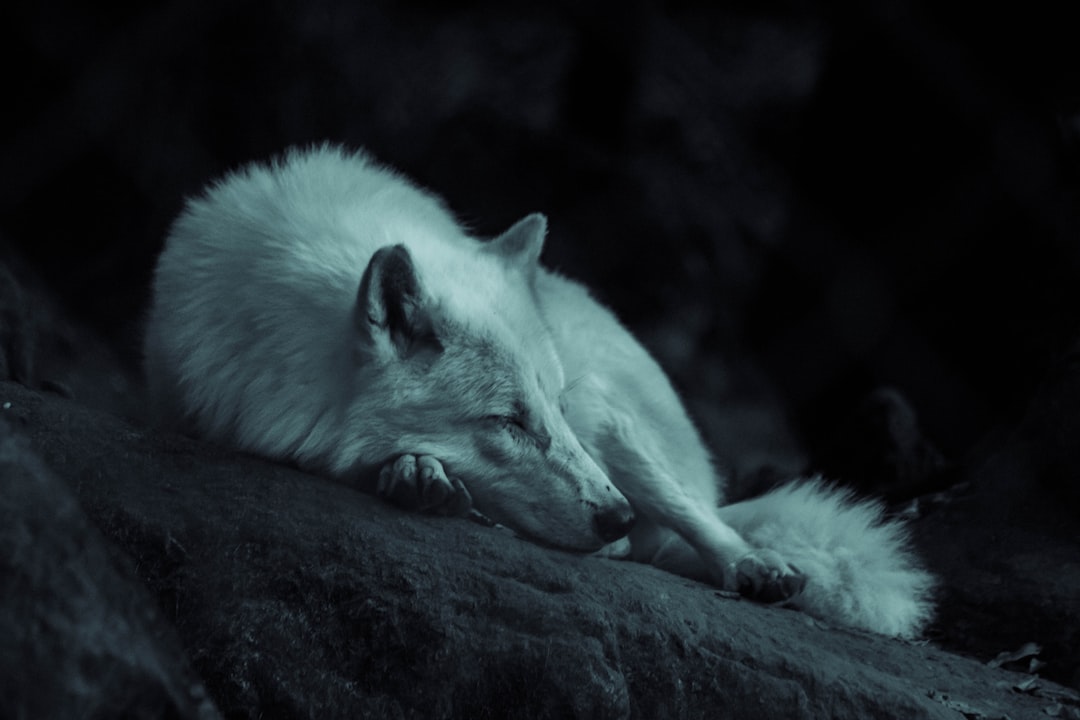 Photo by Grégoire Bertaud via Unsplash.

From the author: Eric is the leader of the pack -- but he's getting old, and would really rather have a quiet night at home instead of roaming the forest. But how can he protect his neighbors when he turns?

The phone rang. Actually, it didn’t ring. It played that stupid “Who Let the Dogs Out” song. Jesse had made it do that, had downloaded the app or whatever it was that people did to make their phones ring in funny ways. Stupid ways. Eric didn’t know how to change it back to just a ring. He padded over to where the phone balanced on the back of his sofa and picked it up.

Eric moved the phone away from his face and sighed, then brought it back. “Hey, Corb. How you doing?” He came around the edge of the sofa and sat down with a soft grunt.

“Just great – getting all set for tonight! Aahh-woo, huh?”

“Sure is. Listen, we’re thinking of taking the gang down Pately Canyon Road this time. There’s lots of places where it widens out, where we can park, and the woods there are really dense. No one down there.”

“Yeah, that’s usually a good place. Since they put up that stupid campground on the hill. Can’t go there anymore.”

Eric took a deep breath. Just before the silence became unbearable he spoke again. “Yeah, listen, Corb. I don’t think I’ll be coming along this time.”

There was a pause on the other end of the line. Then, “What do you mean? If you’ve got a better place to make the switch, I mean, our plans aren’t set in stone or anything.”

Eric ran a hand through what was left of his hair. “No, no, nothing like that. I just – I don’t know. Gets harder and harder to keep up with you young pups, you know? Getting a little long in the tooth. I think maybe we age a little faster than normal people. I was just going to take it easy tonight, maybe watch a little TV.”

“’Watch TV’? What does that mean? It’s not like you can just not do it, you know. Going howly is not a choice. The hair’s going to sprout.”

“There’s no opting out.”

“Stay home, and tomorrow your place is going to be trashed, the police will be poking their noses in--”

“Corb, I know all that. I’m being smart about it. I got straps to hold me, keep me from ripping apart my place, or my neighbors’ places, or my neighbors. I got soundproofing on the walls.”

“OK, sure, but still. It’s not-- I mean, it’s just not-- Hell, Eric! How are you going to feel the ground whipping past under you, the wind, the smells, there in your apartment? The taste? Hell, man, the taste!”

Eric sighed. He knew why Corban was finding it hard to understand.

“It’s the years,” he finally said. “The years go by, and sure, when I was a pup, all that – it meant a lot to me. I couldn’t imagine a life without it. I lived for that time of the month. But, now, well, I’m older. Running around the forest all night, sniffing rabbits and wrestling in the grass, it just doesn’t have the same appeal anymore. That night dew, it’s cold when you turn back, and everything aches.”

“Me, neither. Kind of crept up quietly from behind.”

“But maybe next month, you’ll be back, right? I mean, you’re an alpha!”

“You and some of the other younger guys can tussle for it. Me, I just don’t hear the call like I used to.”

Corban paused. “Well, it’s your decision,” he finally said. “What do you want me to tell the others?”

“Tell them the old proverb was wrong. Tell them this old dog is going to try to learn a new trick.”

He was ready. Strapped securely into the heavy chair, with Animal Planet on the TV in front of him. The heavy curtains over his window were drawn. He took a deep breath. It would be nice to spend an evening at home, if this worked out. He yanked on a strap. Yes, it would hold.

As Eric felt the familiar pain of bones reshaping and muscles tearing and reforming, his arm – his foreleg – convulsively shuddered. The fury of a trapped and supernatural animal sent fire into him, and through eyes dimming into those of a wolf Eric could see the wood splintering, the strap coming loose.

Oh, God. What had he done? The front door – flimsy wood – would never hold! The child next door, the gay couple at the end of the hall, the old woman on the floor above – how many of his neighbors would pay with blood for his desire for a night not spent in the cold woods?

Eric slowly awoke, curled up on the sofa. He lay there for a moment, the animal comfort not yet replaced with human worries. He lay there, just breathing, the sharp and varied scents of the night slowly drifting away like once-vibrant dreams. He yawned and stretched.

The TV was still on, showing a rug shampoo commercial. There was the chair, splintered and broken. The front door --

Relief flooded him. He hadn’t gotten out! The neighbors were unharmed. The apartment, of course, must…

But it wasn’t. It looked fine. There was a bag of potato chips torn open on the floor, yes, and even a human nose could tell him that he had peed somewhere, but other than that, things looked OK. The yellow-beige carpet hadn’t been ripped up, the pictures hung undisturbed on the walls, the dining nook table and its chairs were still standing.

Eric exhaled slowly. It’d been fine. Instead of relying on straps and a sturdy chair, he should have just trusted in the appeal of a soft warm place to sleep. Maybe next time he wouldn’t bother trying to tie himself up. He could put down a water dish. And he should think of barricading the front door in some way, just to be sure. But it would probably not even be needed. Old dogs prefer evenings on the couch.

Later that morning he found that one of his loafers had been gnawed all to hell. So maybe he should get some chew toys for next month, too.

This story originally appeared in Asimov's.