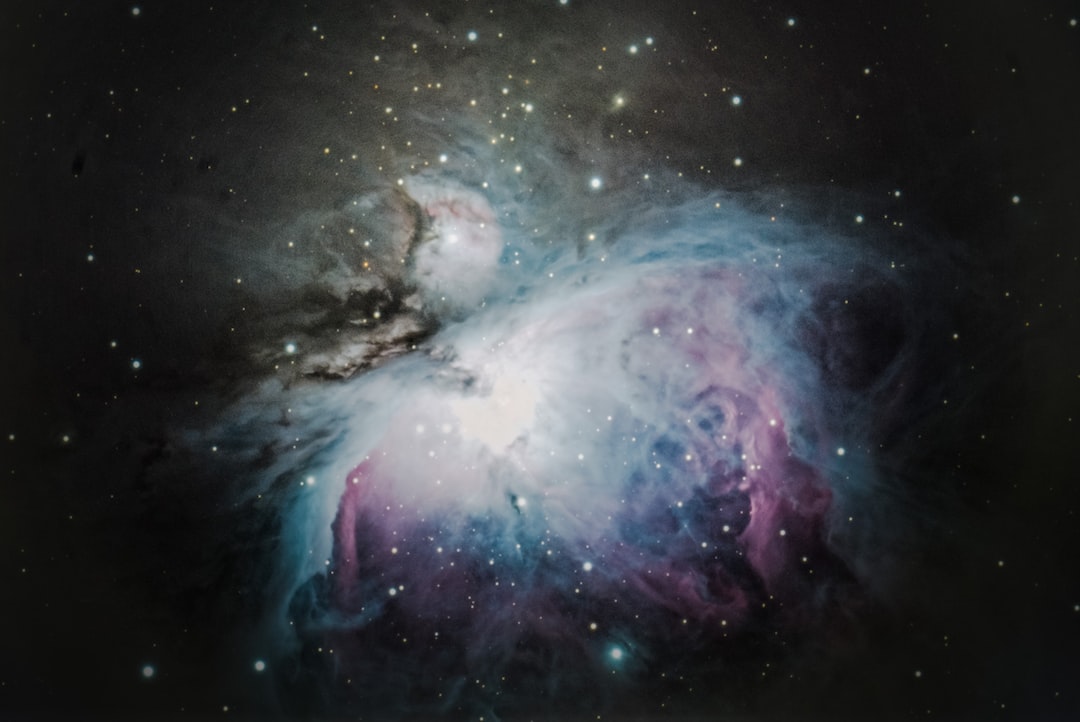 Photo by Felix Wegerer via Unsplash.

From the author: A divorced father of two contemplates his ex-wife's fate as she prepares to leave the solar system in an experimental spacecraft.

We were all staring up at the sky, waiting for the ‘Dawn Treader’ to light up her Hawking drives and start the journey to Alpha Centauri. There were hundreds of us, all members of the design and construction team with our partners and children, partying at our complex, near the foot of the Kisumu Space Elevator. A fair proportion of the world population would be watching.

I pulled the letter out of my back pocket. Estella had given it to me after the pre-launch ceremony two days ago, just before she and the rest of the ‘Dawn Treader’s’ crew entered the space elevator and began the first leg of their journey to the stars.

We’d both worked on the project for eleven years and had been ‘together’ for six of them, the first six. We’d married, had two kids, I thought we’d been reasonably happy, but then came the horrible business of finding out about her affairs. Everybody seemed to know about them except me; nobody tells you.

It wasn’t an amicable divorce, she never forgave me for getting custody of Hank and Cliff. What was I supposed to do? She would be leaving when the ship was finished, a few years hence, it made sense that I give them a stable home. She was absent half the time anyway, either training or supervising, up at the Synchronous Space Station where the ship was being assembled.

She was gone now, not dead, but unreachable. It wouldn’t be possible to communicate through the blizzard of elementary particles leaving the rear of the ship. They’d be accelerating for eighteen months subjective time, but forty-seven years would pass, back here on Earth. By the time they shut the drives down and turned the ship around to start decelerating, I’d be ancient or dead. Past caring either way. The boys would be older than their mother, I wonder what she’d say to them, given the two-year time delay on her transmissions. The boys would have sent their messages two years before so that they arrived after the drives shut down. I expect they’d send pictures of themselves, their wives and children, Estella’s grandchildren. The next time they’d be able to talk would be when Dawn Treader arrived at its destination. The boys would both be about a hundred years old, but Estella would still be in her late thirties. When she returned to Earth there wouldn’t be a single person left alive who she knew. A big sacrifice to make for the sake of being the first woman to leave the Solar System.

The brazier of glowing charcoal crackled and sparked, a sudden roar from the partygoers. There, exactly on time, in the constellation of Centaurus, the Hawking drives lit up and blossomed like a three petaled flower, as big and bright as the Moon. Visible from Africa to Norway.

I looked at the letter, would Estella want to put things right between us, or did she want to have the last poisonous words? Make accusations I had no opportunity to refute, say things that would leave me bruised and angry for months or years? I paused for a moment, then threw the envelope, unopened, onto the brazier and watched it crisp and burn as her words turned to smoke and ashes. Hank and Cliff were both staring up at the beautiful multicoloured bloom of energy fields, they were both crying. I knelt down, laid my arms across their shoulders and pulled them into a family hug.

‘We have to remember the good times, boys, that’s what we have to do.’

It was, after all, my choice in the end.

Artificial Intelligences, Space Elevators, Time Travel, Robots, Fantasy, Horror and Romance. These stories were published, broadcast and podcast in various e-zines internationally during 2018. The book starts with a series of flash fiction stories featuring various speculative genres: fantasy, horror, humour and science fiction; there is also a little magic and one romance.

Roger Ley writes in a mixture of speculative formats. His anthology 'Dead People on Facebook' is available on Amazon