Introducing a very special edition of our weekly feature! We're teaming up with author Fonda Lee to give away a signed copy of JADE CITY as well as a signed pre-release copy of JADE WAR, her much anticipated follow up coming out in July.

To celebrate the giveaway, today we’re featuring an excerpt from the series, an epic story of family, honor, and those who live and die by the ancient laws of jade, the lifeblood of the island of Kekon. It has been mined, traded, stolen, and killed for—and for centuries, honorable warriors have used it to enhance their magical abilities and defend the island from foreign invasion. When a powerful new drug emerges that lets anyone—even foreigners—wield jade, simmering tensions between clan families erupts into open violence. JADE CITY received a 2018 World Fantasy Award for Best Novel, was nominated for a Nebula and Locus awards, and was named one of the Best Books of 2017 by NPR, Barnes & Noble, Powell’s Books, Syfy Wire, The Verge, and others.

Follow the link here to enter the giveaway. We’ll announce winners on social media next week! 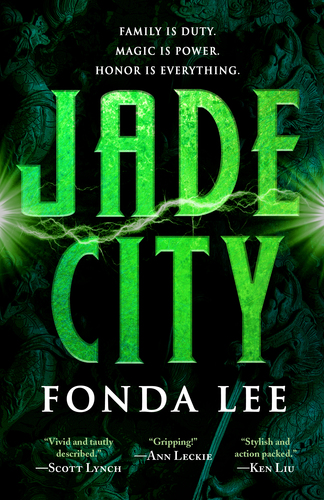 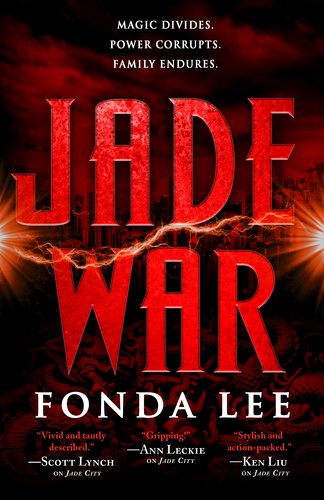